From Good Chance in Calais, to Lela & Co at the Court, to Master of None on Netflix, the Bush team gives you their (eclectic) take on 2015.

Jeremy Wong, Theatre Admin Intern I’d say one arts-based highlight for me was the launch of the Good Chance theatre in the Calais refugee camps – a cultural melting pot of backgrounds and traditions, driving real social change in one of the bleaker places in the world right now. 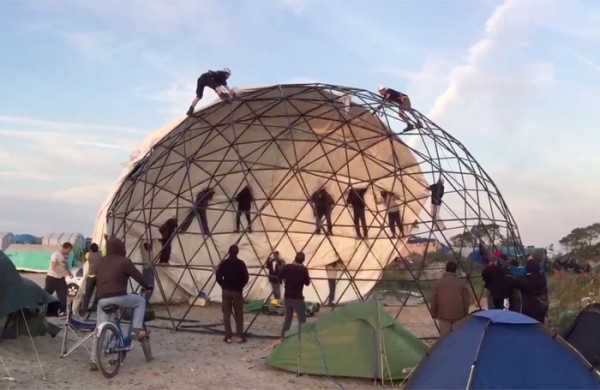 Farrar Hornby, Box Office Supervisor My Bush highlight of the year has been discovering Niall Buggy, or rather re-discovering him. For me his performance in The Invisible  was stunning. Funny, vulnerable and with beautiful vocal delivery. It was only reading the playtext, I realised I’d seen him in an Enda Walsh play, Penelope, a few years ago. All of a sudden I could hear his voice in that play and, well, I remembered all the things I loved about him.

Niall Buggy in The Invisible

I listen to podcasts more than articles, and there are many podcasts that caught my ear this year. One is Gravy and in particular their episode on the Cajun and Arcadian French. It’s history through food – and tells a fascinating story about North American ( Canadian and American) history that we in the UK are generally unfamiliar with.

Amanda Castro, Community Producer There’s been so much good TV! Transparent is funny, moving, and filled with characters you want to slap and hug at the same time. Master of None is funny, subversive and painfully accurate if you are a second generation immigrant. Catastrophe is just brilliant. [N.B. Master of None was probably the most talked about TV in the Bush office. We love this blog by Bush friend Vinay Patel]

Why @azizansari Master of None Isn’t Just Good Telly – It’s Everything I Always Hoped For https://t.co/LOIzQGgPvw — Vinay Patel (@VinayPatel) November 8, 2015

Melanie Aram, Development Director This is my Xmas highlight. In fact its my LIFE highlight!

Georgina Landau, Development Manager One of my theatre highlights of 2015 was Lela & Co at the Royal Court, not least because this project was conceived by our very own Apprentice Producer Desara Bosnja. It was such a great piece of story-telling, cleverly conceived, compelling and an astonishingly well put together show, which packed a powerful punch about an important issue. It is definitely one of those shows that stays with you and I thought about it long after leaving the theatre. 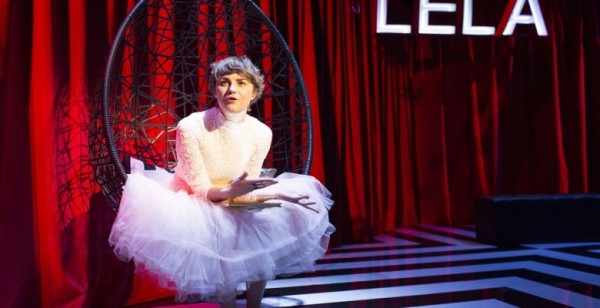 Lela & Co at the Royal Court 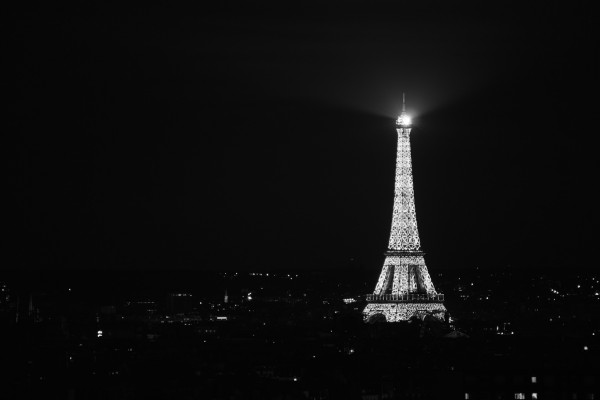 “If you make music keep making it. Make more of it.

If you make or watch film, or theatre, or dance, or comedy, or any other form of performance, it’s now more important than ever.”

Jon Gilchrist, Executive Director A big highlight for me was the first preview of The Royale, seeing the full auditorium on its feet and realising what an incredible play we had on our hands. 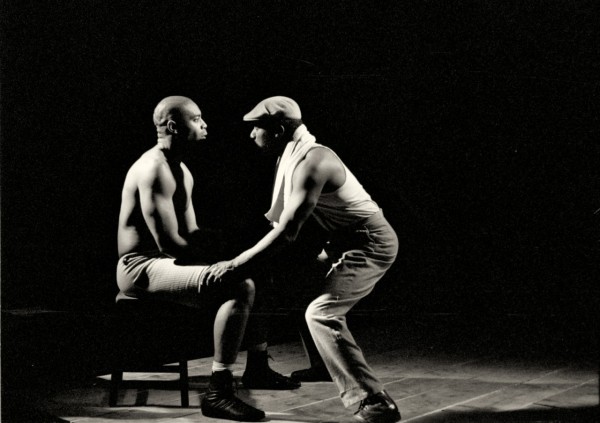 Nicholas Pinnock and Clint Dyer in The Royale. Photo by James Whiteside.

A lowlight was thinking I’d won the emoji play quiz, before realising it was something far more obvious. See if you can guess it yourself here.

It’s also been sad watching some incredible members of the team move on after long stays at the Bush. Marley eating something dodgy and the resulting produce all over the office floor wasn’t great either.