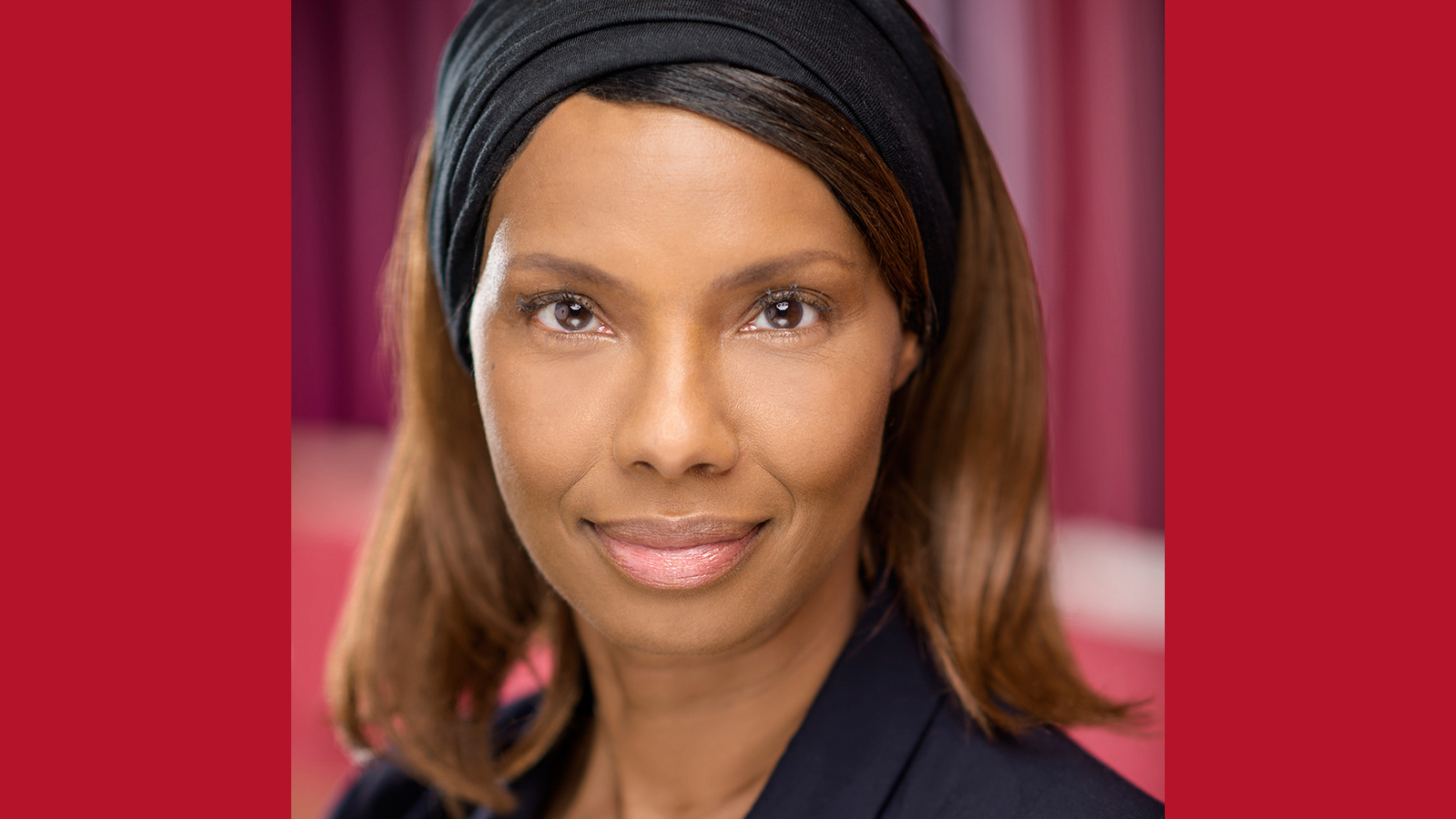 As the first Black woman to take up a senior role in a UK conservatoire, Julie Spencer made history as Director of the School of Acting at ArtsEd.

Her appointment has already seen huge change, with 58% of the 2019/20 intake of students on the BA Acting Course identifying as Black, Asian or minority ethnic. At a time when many are demanding more diversity in the theatre industry, Julie is ensuring that starts with training. Our Digital Marketing Officer, Tasha Msanide, spoke to Julie about the incredible work she’s doing and what happens next.

Tasha: Your 19/20 intake of students saw, was it a 60% rise in Black or minority ethnic students?

T: That’s incredible. So what are the big changes that you made to ensure that you could achieve that number?

J: I think it’s being more visible. The fact that Chris Hocking, (Principal of ArtsEd) has appointed a Black woman as a Head of a Conservatoire training course, which I’m sad to say is a first, is a big thing. I think that visibility is important. My background as an actor also meant that I understood the business. I came in with an edict that made it very clear that there needs to be change. It wasn’t that I came in and said that we need to change everything. Chris knew there had to be change so in that sense he knew what he was getting.

These institutions are traditionally white dominated. They’re institutionally, structurally and systematically racist. When they’re like that, there needs to be a person that wants to make that change, and who’s using their privilege to do that and step aside to let that happen. It needs to happen in many more drama schools, if not all of them, and I think that’s what has happened at ArtsEd.

T: I wasn’t aware that you were the first Black woman who is head of a department at a conservatoire. That’s impressive but also quite harrowing.

J: It’s not great. When we look at all the top drama schools, are there any Black women in these positions? No, not where they can make change. I now have three women of colour in the senior team, that makes a difference.

“It’s about how we teach, who teaches that, and what we teach”

I know what drama schools will say, and they’re absolutely right, they drive to be inclusive and have Black and minority ethnic students in their courses, I’m not going to deny that they have tried to do that, but what we’re seeing is they’re recruiting these students, and then they’ve just left them. They didn’t change their curriculum, they didn’t have pieces that responded, it’s not just about having 60%, it’s about how we teach, who teaches that, and what we teach, and if you don’t do that, it’s of no use. It’s just lip service, it’s not actioning, it’s not actually actioning inclusivity. It’s just ticking a box.

T: That leads really nicely into my next question: in light of the UK Black Lives Matter movement, we saw a lot of drama schools putting out statements of solidarity which actually revealed a lot of problems that institutions were having, and we’re seeing a lot of promises of committing to increase diversity and dealing with institutional racism. You’re someone who has put that into action. Looking at all the new appointments that you made over summer, is that something that was always in the pipeline or is it something which came out in light of this?

J: No no no, that was already happening, when I got here in January 2019 it was something that was already planned. It was actually Covid which stopped all of those appointments from being announced. When I came here I rewrote the curriculum to broaden it. I spoke to loads of people in the industry – casting directors, agents – about what we should be teaching in drama schools now, so the curriculum wasn’t just about making it more inclusive, and actioning inclusivity, but also a response to the industry and what the industry looked like. So it was that two-pronged attack. In order to do that, you have to bring in tutors and practitioners to understand that and work with the students towards that goal and I think my aim is always to bring in the best. I want the best at ArtsEd, that’s what’s arts is about, it’s about bringing the best people in and those people that I’ve appointed were always the people I knew that were gonna be able to do what we needed to do.

“It should be about making the extraordinary, normal”

When I came here was it easy? No it was hard, and I realised there was lots of work to do. You have to build a team that can do this. And that’s what I did. We’re working to build the best team to be able to produce actors that can go into the industry with resilience. Knowing they can make change, knowing they can create their own work, but also knowing that they can work with whoever, whenever.

T: That’s incredible. As a Black woman trying to navigate the theatre industry, it’s really good to know that there is someone who is fighting for us.

J: I went to drama school twice. I went to drama school in the 80s when the first thing a teacher said to me is “what am I gonna do with this?” because I was a council estate girl. I went to drama school to do my MA in 2014 at Central and my MA thesis was about the racism I suffered there. And that was 2014. So I had two really hard engagements in terms of being a student within that, and also working as a tutor, practitioner, I realised that this was nonsense. If we’re still teaching students the way we taught them in the 80s and still telling students of colour that their knowledge is lesser than, that the knowledge that is embedded in the landscape of their skin is lesser than, still, I’m really angry about that.

T: And rightly so!

J: When I did my MA I was going to move to America. I wasn’t going to stay in this country. It was because of my MA and realising that nothing had changed that I thought I need to stay here and I need to work, and I need to get into a position where I can make change. It took me 5 years until 2019 when I got there. So it was a plan from my experience at Central.

“We’re working to build the best team to be able to produce actors that can go into the industry with resilience.”

T: What would you say is the biggest change you have made since taking up your post.

T: So what comes next? I know you’ve mentioned that this is just the beginning so what are the next steps.

J: I’ve been here 18 months and there’s been a huge change. I think it’s allowing those changes to embed and to become extraordinarily normal. Us having Black practitioners, us having females in positions of power in drama schools should be normal in 2020. There has been so much change that it should be about making the extraordinary, normal and that we embed the changes that we made. We learn, we evaluate, we see if they work or don’t work. It’s about time and space allowing it. It’s about embedding those changes. It’s the team I’ve got. I’m truly blessed. I have an amazing team here, I’m supported by a good board and Chris Hocking.

“Never let anyone dictate your worth or capabilities”

T: It’s really wonderful that you’ve been allowed this and you’ve got such a good support network around you.I think that is so important in order to thrive and advocate for change and be authentic with it as well.

J: The right word is authentic yes. Appointments will be made of people of colour, but will they have the support to make those changes?

T: Do you have any advice for any aspiring students looking to enter the industry?

J: Plan plan plan. Never have a B plan, only have an A plan and make sure your A plan is always changing. I think Denzel Washington says the best thing: nothing is luck. It’s not luck, it’s being prepared for the opportunities. You can only be prepared with a plan. And never say B plan, C plan, always your A plan which changes. Also never let anyone dictate your worth or capabilities. I did that for a long time.

RT @NeilGrutchfield: #Favour by @AmbreenRazia for @CleanBrk is a wrenching generational tug of love played with big heart and humour. Not a…
Clean Break
@CleanBrk