A Letter to Parv Bancil from Madani Younis: “You represented the spirit and the fight that has defined our struggle as artists” 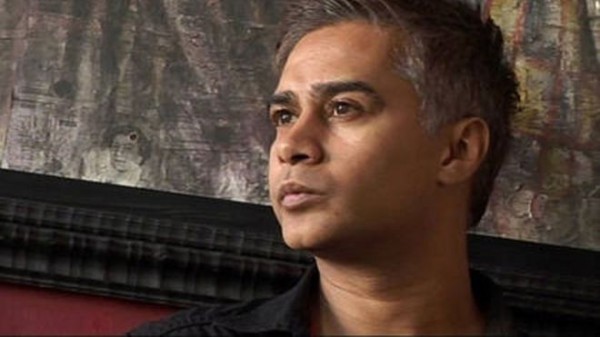 Just two weeks ago we were texting each other. You’d read my Guardian interview full of hope and provocation about the ‘diversity’ of our industry. You were impressed. We talked about your writing, new ideas and coming to see our new space.

But your years of scribbled notes and plot lines will remain just that – hidden thoughts. And you never got the chance to see the new Bush. To explain how that hits me – and your sudden passing shocks – I need to reflect back.

When I was in my early 20s studying at the University of Birmingham, I bought a collection of Black and Asian plays within which your play Made in England was published. It was the story of a young musician battling the idea of having to deny his cultural identity for success, or being forced to remain marginalised.

That was significant for me: up until that point I’d been familiar with the idea of stories of migration and theatre of the South Asian diaspora. But reading Made in England was refreshing. Yours was the generation above me – a punk generation championing new music and a new way of looking at the city. It gave me the confidence that the stories I wanted to tell write and direct were possible because in Made in England I saw a writer that was already doing it.

Fast forward 5 years later, I’m attending a conference in Exeter on South Asian theatre and I knew you were going to be speaking. In my head at that point you were just a figure I revered. I knew your first plays were made with Hounslow Arts Cooperative theatre which you joined in the mid-80s. It was the time at which Tara Arts had been formed in Wandsworth following the murder of west London teenager Gurdip Singh Chaggar.

HAC was then set up as a challenge to authority at large but also within our communities. It was influenced by the militancy of Punk Rock and the political resistance of the Southall Youth Movement with plays that originated in the company’s direct experience as young Asians living in Britain. One of only four British Asian theatre companies at the time, HAC was the first to define itself as ‘British Asian’.

That first meeting in Exeter, I spoke to you about how significant you had been to me in my 20s. You were everything I imagined you to be – curious, super intelligent and really willing to share your experiences with me. I felt like I had met a real role model. Your plays went on to become definitive in a generation of in yer face theatre of the 90s.

When I formed Freedom Studios, I remember we did this series of conversations with artists we admired as a way to learn from them. I interviewed you in front of the artists in our company. It’s just one of my most special memories of being at Freedom Studios. This guy I had looked up to for so long was with us voicing his thoughts and sharing his ideas with us in Bradford.

The following morning, I took you for breakfast at the Sweet Centre on Lumb Lane. Everything about you was so London – well-turned out, that city accent and a nose ring that symbolised a rebel. I love the fact you’re one of the few Asian men I knew who embraced his grey and didn’t dye their hair black. You’d done the clubs and late nights. You had stories to tell. You had swagger as we went on a walking tour of Manningham, Bradford and I loved the fact you felt comfortable in my city. It made my day to discover that you loved to swear as a much as I do. I recognised in you the same, if slightly older, spirit who occupied a space that was neither safe nor secure.

From working in a suntan lotion factory, to emerging as a brave new playwright with HAC, to becoming one of the most significant playwrights of your generation, you never lost your integrity and were always fighting for justice. You clearly knew what you stood up for and stood up against. You were a forerunner who gave the rest of us permission to be who we are in our own voice and without apology.

Over the past few years we kept in touch and you came to see work we’d made. Thank you. It was always a pleasure. We’ve not always been in touch, but I always knew you were there. I would ring for advice, for your opinion, to get you to read something. You’d always be available to us man.

To a generation of British Asian artists, Parv, you represented the spirit and the fight that has defined our struggle as artists. And to the broader theatre sector you will continue to represent the very best of what new writing is. I’m gonna fuckin miss you man and I’ll be forever grateful that our paths would cross.

Until soon my brother,