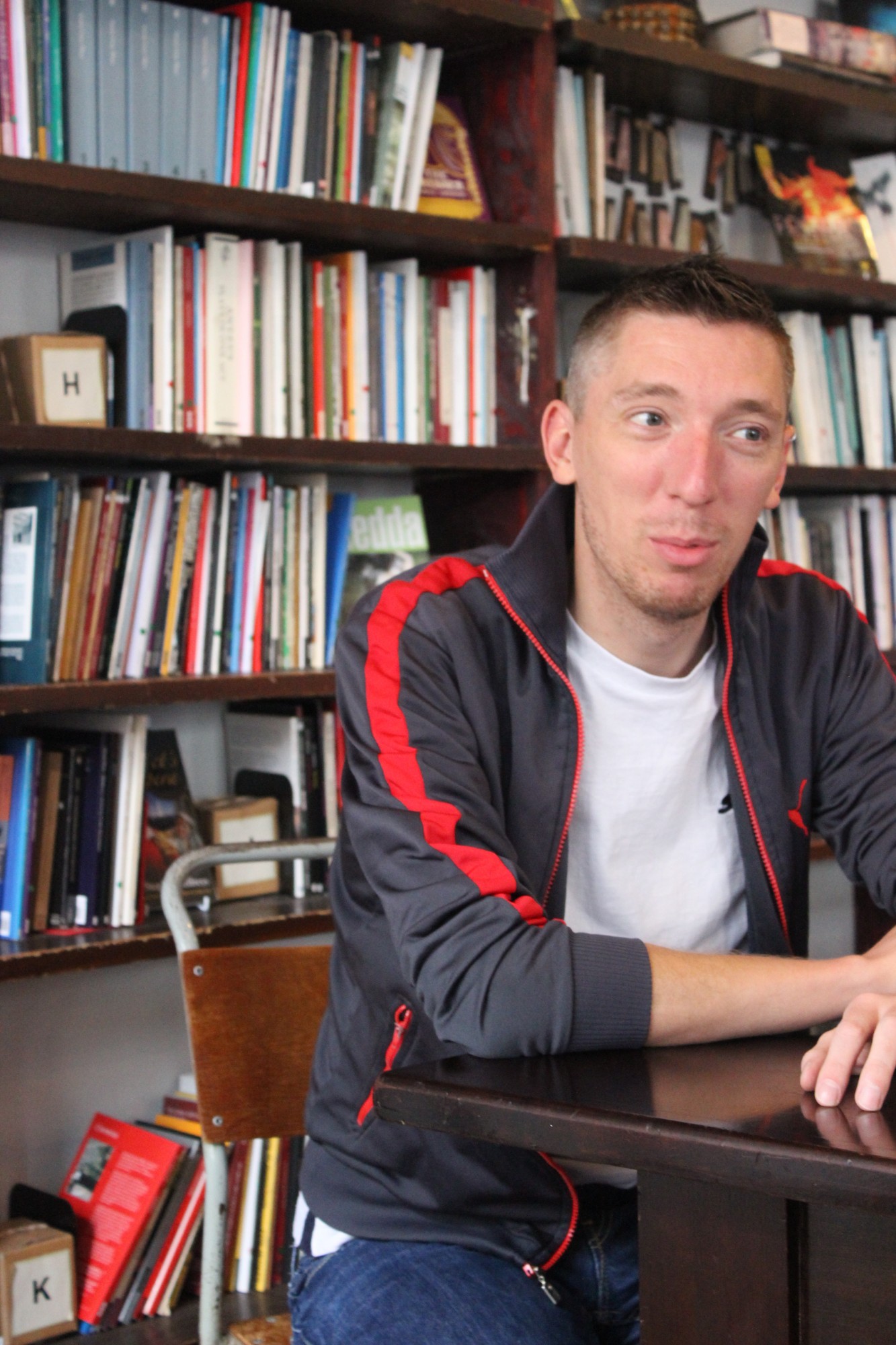 Albion: In Conversation with Chris Thompson

RD: Albion is about so many things, including how political parties and far right groups are learning the language of diversity, but I suppose it might also be about perception, especially how individuals are perceived by others. Does that seem fair?

CT: Absolutely. But it’s also about what happens when we fail to address people’s perceptions of a certain situation. People’s perception of immigration, for example, can often vary greatly from the reality. And people get their information from a range of places, not least certain inflammatory sectors of the media. The truth is that some people don’t feel like immigration benefits them. So we need to address how people feel, and think about what their local, lived experience is before we admonish them for a view that we may not agree with. Not everyone in this country has a global outlook, and I wonder if we are sometimes too quick to exclude people with views we find uncomfortable rather than addressing what the underlying issue is.

RD: That idea of exclusion is important, perhaps even cyclic. When a view is censored or ignored all together the excluded individual has cause to come back fighting, to radicalise their beliefs, only to be even further excluded. Is that part of the play would you say?

CT: People can find themselves attracted to far right groups for a range of reasons. Many people feel abandoned by the political mainstream, and so you have a constituency who feel that no one speaks for them. That creates a vacuum, which the far right are more than happy to fill.

It’s very easy for liberal discourses to take a sort of moral high ground; the quick way out is to label your opponent as xenophobic or intolerant, and they may well be, but censoring people only leads to a build-up of frustration. People have legitimate concerns about jobs, houses, immigration, but sometimes these views are expressed in hostile ways. Shutting the debate down at the point of entry isn’t helpful. We need to address these concerns and hear people out without adopting the moral high ground. If we don’t, we push people further to the right.

RD: It is interesting to see a play that so confidently navigates the nuances of a far right political discourse with so few liberal voices. In theatre we are often presented with the left leaning, liberal opinion and yet in Albion that is absent. Was that a clear choice for you?

CT: Yes. I can’t think of anything more tedious than the “liberal” version of this play. What happens? We go in, watch a play saying how bad the far right are, then we come out feeling smug, self-satisfied and superior. Fuck that. I go to the theatre because I want to be challenged. I want to see and hear views that are not my own. I want to understand people who don’t see the world in the same way I do. For me, theatre should revel in uncomfortable truths and celebrate the messy joy of what it’s like to be alive. Theatre should give you something to grapple with, not a pat on the back for being nice.

RD: We have to talk about karaoke: We have had great fun interrogating how karaoke might be the form for telling this story. How did you settle on the idea and what have been the opportunities it has afforded you as a storyteller?

CT: It can be quite easy to take the piss out of karaoke, but for some people it’s a really important part of their life. It provides an outlet, an opportunity to be someone else, and it’s a major adrenalin hit. I love it when you go to a pub and see someone who sings the same song every time they go up. There’s something very moving about that ritual, and you can often see that it’s an important moment in that person’s week. We live in an increasingly secular society – people don’t congregate and sing hymns so much these days – but people will often congregate and sing at karaoke. These songs seep into our collective consciousness. It’s also a world full of rules, rituals and personality. But it has a dark side. People can be quite territorial and the crowds can sometimes be unforgiving. I was once booed off stage, which took a while to recover from.

In terms of storytelling, karaoke is used in several ways throughout the play. The central idea, and starting point, is that when you do karaoke you become an extreme version of you. So it seemed a useful hook on which to hang a story that investigates radicalisation. I like it when the form of a play acts as a metaphor for its themes. One of the things the far right are very good at is making their message palatable for the mainstream. I’m interested in the notion of dual discourse, which means you will often find quite sinister views wrapped up in a more seductive, palatable message that can often be seen as “reasonable” or “common sense”. Far right groups often lure people to their websites with images of cute puppies or patriotic war veterans. The music in the play seeks to mimic the modus operandi of the far right because it lures you in and you can’t help but want to sing along.

And in a play about karaoke, why shouldn’t you sing along?