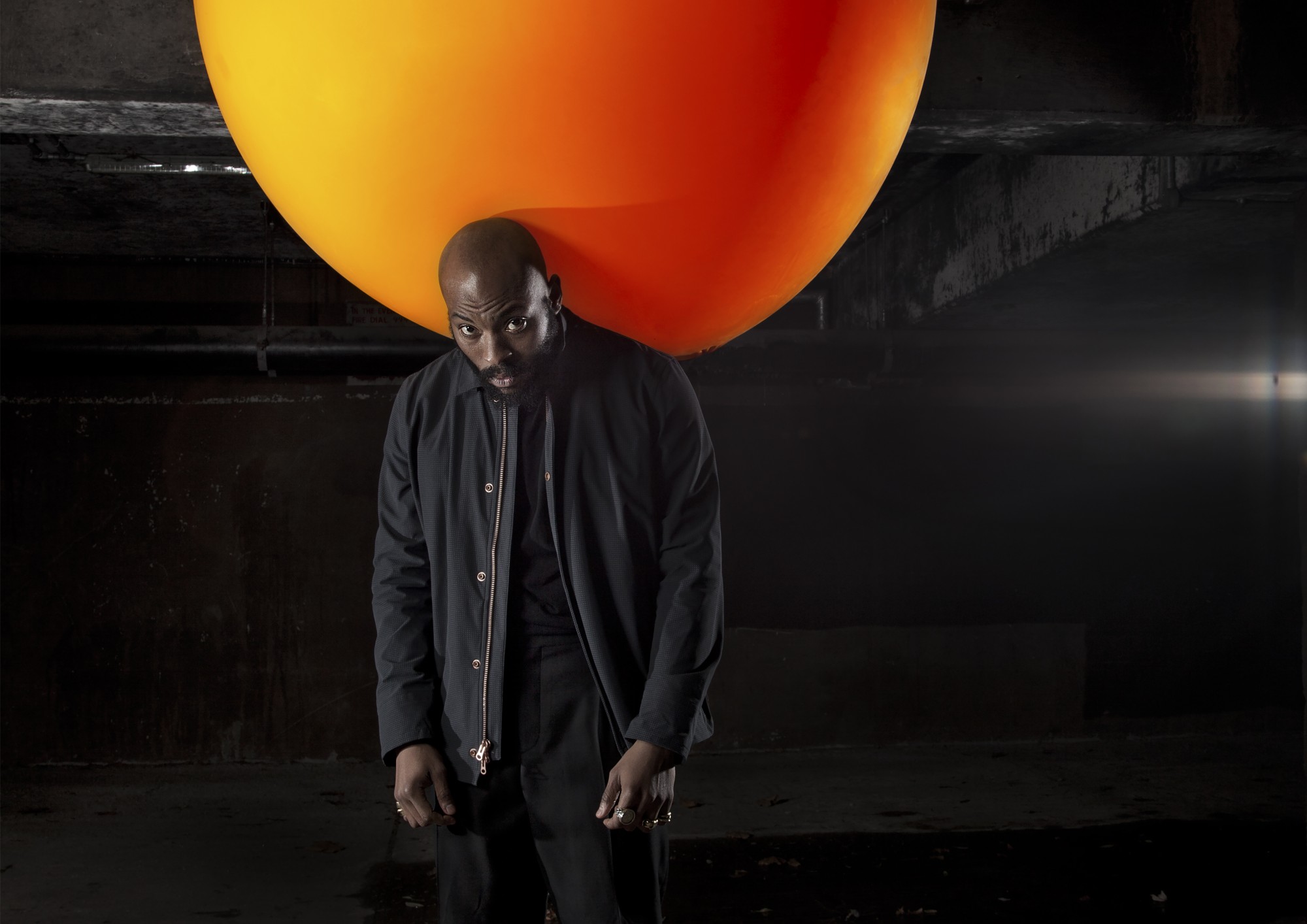 Arinzé Kene, writer and performer of Misty, describes the inspiration for his play in the Preface to the playtext published by Nick Hern Books. It’s available from our online book shop.

I guess I’ll just launch right in and tell you how Misty came about.

I went to the Young Vic Theatre a few years back to see a play. I’m being ushered into the theatre and I get talking with the usher. He’s a tall young wide-eyed baby-faced black guy. His name is Raymond (his name ain’t actually Raymond, I’ve changed it to protect his identity). Raymond is fresh out of drama school, excitable, optimistic about the industry and full of young actor jizz. You know the stuff. He’s energetically talking at me about acting stuff and so my mind was drifting until he goes, ‘Oh I saw this good play recently… ah man I’ve forgotten the name of it… it’s on upstairs at the Royal Court…it’s a black play that’s blah blah blah…’ And he carries on describing the play but my mind goes off on a tangent and I’m thinking to myself… ‘A black play?’

Now I’d heard this term used plenty before but that evening for some reason, it really landed and I said to Raymond, ‘Raymond. A black play? What do you mean by “a black play”?’

‘Well… it had black people in it.’

Raymond tears my ticket, shows me my seat. I watch the play. I leave the theatre. Heading to Waterloo Station now, heading home, and I see Raymond, he’s just ﬁnished his shift so we walk out together. He asks me what I thought of the play and I think for a moment then, I say fuck it…

‘Yeah man, pretty standard white play.’ I knew what I was doing.

Raymond’s all like, ‘Hold up. What do you mean “white play”?’

‘Raymond, it had white people in it, it’s a white play.’

‘No-no, I’ve seen it… I wouldn’t call it a white play… It wasn’t about like… being white or whatever, it was a dysfunctional family, it was a family play’

‘Okay, okay right, right, okay, right. But Raymond. The play you were telling me about earlier, the one that you recommended to me, that’s a black play right? It’s about black people right?’

He looked out into space. His face fell apart. Then he said, ‘I don’t know.’

Then he fainted and I caught him just like in the movies. Nah not really, he didn’t faint but he did go kind of pale. He got upset.

We were still on The Cut so I walked Raymond back to the theatre, sat him down and got him some water. He placed his head on the table. Said he was feeling dizzy but I know when a man is trying not to cry. About a minute went by in silence, he hadn’t sipped his water. He really needed to process this whole black-play/white-play shit. He raises his head, his eyes squinted, he says something along the lines of, ‘I don’t know why I called it a black play, bro. I don’t know anything any more. Just because there’s mainly black people in it, it doesn’t make it a black play. Why is it that in my head, the race of the characters in the play, or the person who wrote the play, comes before the actual play itself? As though that’s what’s most important about it.’ He was shaking his head.

The whole of the Young Vic Theatre bar look around to us. Raymond was sacked from his front-of-house job the following day.

After that night, Raymond was never the same again. He’d text me nearly every day and stalk me into having coffees with him where he’d chew my ear off about the whole black-play/white-play thing. The baby-faced optimistic Raymond was now a distant memory. He had become disillusioned. Making all of this worse was that around that time everyone started using the D-word again. ‘Diversity.’ It was everywhere. In the Guardian. The Stage. Evening Standard. Metro. David Harewood commenting on it… and Raymond would harass me over coffee like, ‘I looked the word up “Diversity”, bro, the Oxford deﬁnition is “point of difference”, bro. A point of difference. Am I a point of difference? When they say we need more diversity, do they mean they need more points of difference? If I’m the point of difference, what’s the norm? Is white theatre the norm? Is white theatre a thing? Are Adrian Lester and debbie tucker green points of difference? Diversity yeah… this diversion to the norm, tell me, who gets to say what’s a diversion and what’s ordinary? I don’t wanna be a diversion. I’ve been on buses that have been diverted. That shit ain’t fun. Pisses everyone off. It’s long. And maybe that’s the reason why Suzman was pissed off, read this paper here, bro, right here, theatre’s veteran, Janet Suzman says, “Theatre is a white invention.” She says black heads don’t go theatre, her exact words, to quote her: “they don’t bloody come.” If we don’t bloody come then where did I meet you, bro? Am I delusional?Let me know if I’m delusion, bro.’ Delusional would be a reach but he was deﬁnitely not okay any more.

A few months later Raymond and I are back at the Young Vic again. We’ve just seen a play and I bump into a black actress I know. We’ll call her Donna. Donna tells me there’s an awesome play I should go see.

Donna says, ‘Oh man… it’s the black play on at the blah blah blah…’ Now beside me, I could feel Raymond begin to turn. He wasn’t gonna let it slide. Raymond was ‘woke’ now. So the words ‘black play’ to him, meant, ‘let us ﬁght’… he responded like a shark to a drop of blood.

‘As opposed to it being a white play? Answer me!’

‘Because it is! It’s a black play init! Arinzé, who is this guy? Tha play was written by a black woman, there’s black people in it, therefore –’

Now, Raymond leans in for the kill. I tried to stop him but I was too late. He says…

‘Donna, are you an actress, or a black actress? Is Hamlet a play, or a white play?’

Donna was done. She could not answer, her mind was blown. She had to quit acting. Cos she didn’t know whether casting directors wanted to see her as an actress or a black actress. Didn’t know whether to greet them with a ‘hello’ or a ‘eh-yo’. It messed with her so much that she was neither an actress, or a black actress, she’d become a shit actress. Never in the moment, never in the scene. Only ever thinking about her blackness.

Maybe Donna’s made up. I don’t know. She’s real somewhere. Anyway. Whatever happened, it lead me to write this thing.

Misty written and by Arinzé Kene and directed by Omar Elerian is playing 15 Mar – 21 Apr 2018. Find out more and book Misty here.