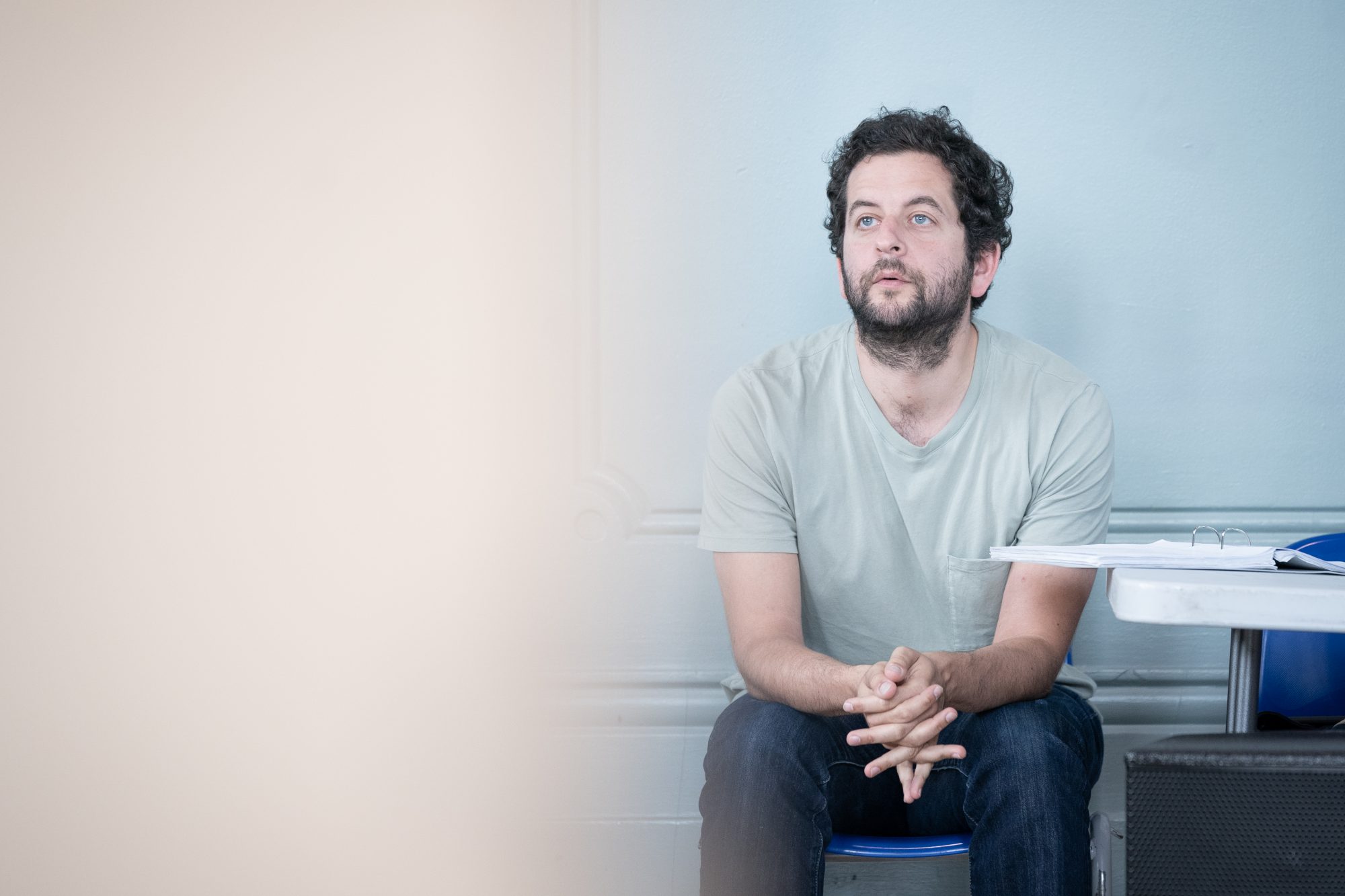 Bijan Sheibani: Drama is a means of finding our truer selves

I have been asked in the past whether male vulnerability is a running theme in my work.  Barber Shop Chronicles and The Brothers Size, two plays I recently directed, and my play The Arrival, all look at the way men open themselves up to one another and the difficulties men have in doing that. They also explore to varying degrees the relationship men have with their racial identity. Although I didn’t intend to write a play about vulnerability in men or what it means to be from more than one country, these ideas have emerged as ways of looking at and understanding my play.

In all of these plays the men are pushed to a point where they have to relinquish something profound within themselves; something they have held onto for a very long time. In Barber Shop Chronicles the character of Samuel believes that his father is an innocent man but he creates a situation whereby he can no longer hide from the truth of his father’s guilt; in The Brothers Size Ogun has spent his life trying to protect his younger brother Oshoosi, but he must stop doing that in order for Oshoosi to be truly free. In my play, The Arrival, Samad is forced to confront his older brother, Tom, with a series of truths that may destroy him.

In all three plays the men must eventually relinquish a psychological position, a belief or a way of behaving that they have lived with for many years. They have to therefore go through a period of huge psychic change and give up things that have been paradoxically crushing them and holding them up at the same time. The plays don’t tell us what happens in the future to these men but they all lose something profound in order to move forwards.

these struggles are happening inside us throughout our lives whether we choose to think about them or not.

Sometimes it is the horrendousness of the culture that is causing this loss. For example the racist world that Ogun and Oshoosi are living in prevents them from staying together.

It may also be that the men in these plays have to relinquish a cultural fantasy of what a man is; fantasies such as ‘men must be decisive’; ‘men must not show weakness’; ‘men must be protectors’; ‘men must be stronger than women’. In relinquishing or being defeated by these cultural constructs the men may go further towards becoming their truer selves. And that could be a way of describing part of the battlefield that is in all men. I think these struggles are happening inside us – physically and emotionally – throughout our lives whether we choose to think about them or not.

It is partly through our empathy and our imagination that we watch drama. When drama is good I think we exercise the profound sense of imaginative play that we were constantly engaged in as children. Our participation in drama – which I think of as a form of play – takes us into an imagined situation and exercises our empathy for characters caught up in that situation. In doing so it has a vital role in helping us as a culture to exercise and expand our empathy, and thus become a more humane society. It can free us from ideas that are contorting us.

The Arrival plays in the Holloway Theatre (the Bush Theatre’s main space) from 21st November.