“Black, Asian and other artists from marginalised groups have fought their way onto the programmes of Edinburgh Festival Fringe and I want to shout about it” 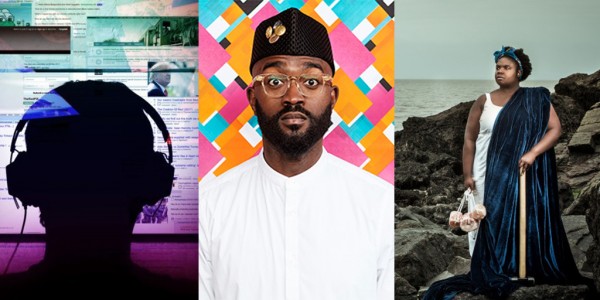 Javaad Alipoor’s The Believers Are But Brothers, Inua Ellams’ An Evening With An Immigrant, Selina Thompson’s salt

Fuck me. Is something finally shifting? I’ve been going up to Edinburgh each August for nine years. And for all of its come one come all, the Edinburgh Festival has often been a harsh reminder to me of what privilege in British theatre looks like; of waiting to see what exotic cultural stereotypes are offered up as tepid forms of diversity from around the world; of the narrow mono-cultural lens through which work is critiqued; of economics and class, of tribalism and elitism; of waiting to count how many really good shows that involve a White brother behind a microphone I will sit through.

I’m pleased to report this year felt different. Or maybe I’ve just got better at filtering out the other stuff. But certainly, the festival didn’t feel like a solitary experience for me.

A new generation of artists of colour is more than holding its own – particularly at Summerhall, Traverse, Gilded Balloon and Underbelly. A new generation of artists from diverse backgrounds, particularly from the regions, have fought to make space for themselves at the Fringe this year with powerful, high quality and unique work. (And that’s despite many facing visa difficulties to even get there.) I was deeply energised by this work and I want to shout and acknowledge just how significant this moment actually is.

The formidable Selina Thompson presents her deeply personal solo show salt. about the afterlife of slavery and colonialism (listen to engrossing interview here). Everyone is talking about it. Javaad Alipoor’s Fringe First winner The Believers Are But Brothers confronts a crisis of extremist masculinity in fantastical digital times. Read his interview with Lyn Gardner. Yolanda Mercy’s Quarter Life Crisis is exacting and millennial; Desiree Burch is there with stand-up storytelling in Unf*ckable; Josette Bushell-Mingo is back from Europe with Nina mixing story and song.

Through their collective intervention, these diverse artists have also exposed wrong assumptions that have dogged UK theatre for too long. Entrenched notions that ‘Black work is too risky’, ‘it’s low quality’, ‘our audiences won’t come to see it’ and it being the domain of ‘outreach’ and education departments have been blown out of the water. People have come in their droves and celebrated voices precisely because they are so unlike their own experiences, to gain insights on race, growing up marginalised, narratives of Black history, the diverse nature of contemporary life, and being a diaspora.

But there’s still a shitload of inequality to deal with and we need to notice where representation isn’t happening.

That programme-shift of venues embracing artists of colour isn’t yet translating into a diversification of festival audiences. (That’s anecdotal and I’d like to see the hard data – suggestions to @bushtheatre if you’ve got that.) We say that all of London heads to Scotland each summer but Edinburgh remains hugely cost prohibitive and maybe just unappealing to marginalised groups. At this festival that shouts its celebration of internationalism and diversity, the most ‘democratic’ festival in the world, where is the representation off stage?

And the press is still a whitewash. I see many of the same faces covering the same shows. Which is not to say some critics aren’t critiquing this work really fucking well. But there’s a difference between sympathy and the internalised conviction of lived experience.

Let me give a small example from dealing with the press for our show Nassim. We were caught off-guard by the number of journalists who described Nassim Soleimanpour as a “refugee”. But Nassim isn’t a refugee. His play doesn’t even suggest the fact. We came up against the assumption that an Iranian expatriate is exiled, censored and banned – none of which is actually true. Maybe it’s time to have an open conversation around critical perspectives on theatre’s representation of race and cultural heritage.

Progress is being made here. A Younger Theatre recently made Charlotte Maxwell its Editor – the first person of colour to take on that role. Exeunt has appointed three paid BAME columnists and The Stage has just closed entries for its paid placement for BAME arts journalists to work in its editorial team.

I wonder how mainstream media will respond to the inevitable success of this year’s Festival. I can see the BBC headline at the end of August that will reveal the amount of cash Edinburgh took and the contribution to the local economy. The message will be about tickets sold, sold out shows, number of companies, visitor totals. The point being, by and large, that success will be measured in economic terms. This will play directly into the hands of a larger narrative that encourages punchy stats about how much creativity contributes to the economy or employment.

If we subscribe to this narrative, then we would be better off running munitions factories.

A measure of economic growth without reference to human and artistic development is an empty gesture. I want to know about wellbeing, solidifying of communities, the representation of race, class, sexuality and gender on stage and off.

A shared characteristic of those diverse artists that have enriched Edinburgh this year is the innovation of their work; the new aesthetics they are exploring, and the way in which they are reinterpreting the nature of contemporary theatre. It is no accident that those who have been historically most neglected are now leading the renewal. Audiences understand, and some programmers too, that ‘this is where it is at’.

I think the Edinburgh Fringe Festival 2017 has been a vintage year. To the artists here this year I thank you for your bravery, generosity, and for helping to lift our collective spirits.

Nassim is playing at the Traverse Theatre until 27 August. A retrospective of Nassim Soleimanpour’s work – Nassim Plays – comes to the Bush Theatre from 7-16 September, 2017.