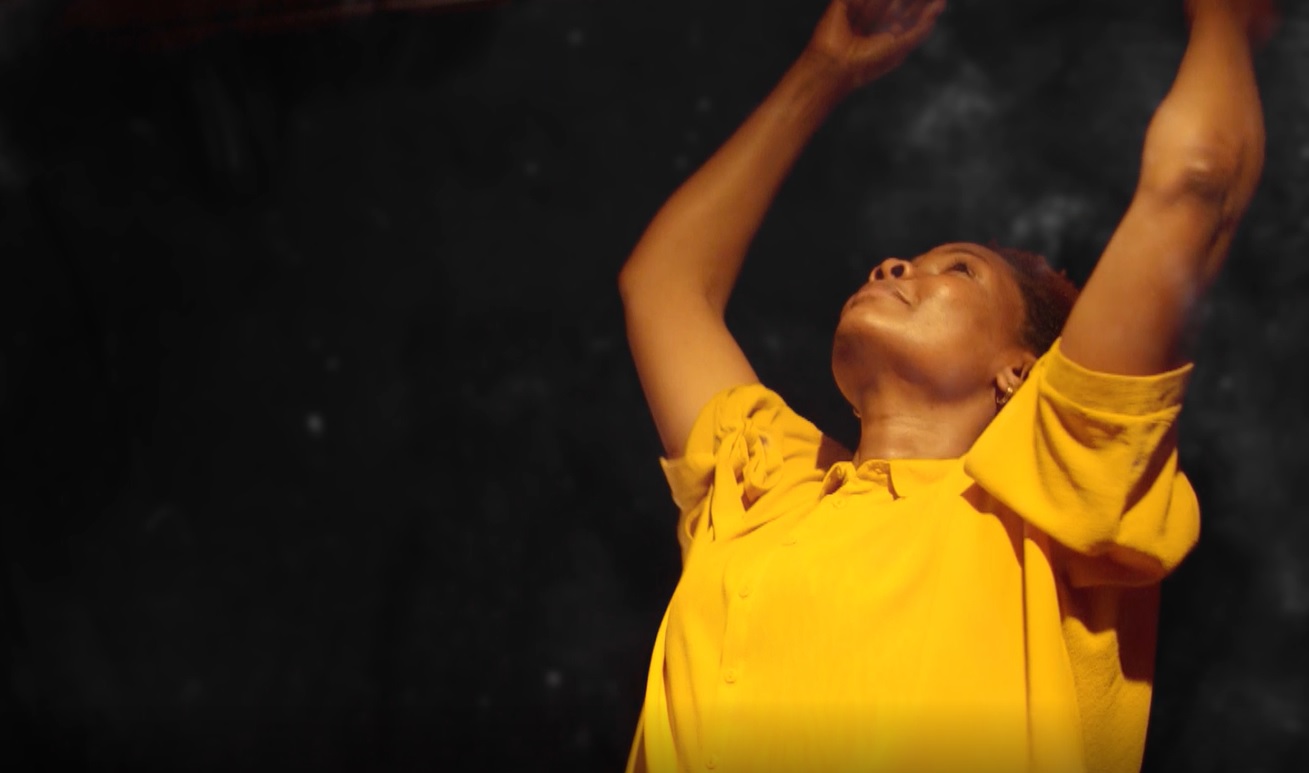 Ahead of our contemporary revival of Winsome Pinnock’s Leave Taking, I asked the Bush Theatre team for their favourite reads by the Caribbean diaspora and subsequent generations. Not limited by form, these personal reflections cover poetry, theatre, nonfiction and novels.

We wanted to take stock in this 70th anniversary year of the arrival of the HMS Windrush to Britain in a way that celebrated the culture and legacy of Caribbean men and women across the globe.

How far we as a country have come from the beautiful representation of the generation who arrived in Britain from the West Indies at the Olympics Opening Ceremony in 2012 to the tarnished and deeply unfair recent events. This is our little way to say thank you to these particular British citizens and their cultural impact, as well as the wider diaspora.

I read the book in one night when I was babysitting after school – my parents came back and I was sitting on their sofa in floods of tears. What a writer.

This is Walcott’s crowning glory inspired by the poet Homer, the characters of the Iliad and the Trojan War. It blends a native soul of life in post-colonial St. Lucia, a contemporary writers’ life in Massachusetts, USA and the history of the slave trade. I read it for a module at university and was enthralled by the language with snippets of French creole. It is deeply imbued with classical symbolism and has a thrilling meta narrative looking for “light beyond metaphor”. At its heart, though, there’s a love story for a girl and an island – both mythologised as ‘Helen of Saint Lucia’ – seen through the lenses of homecoming and nostalgia. This is an epic read in every sense. 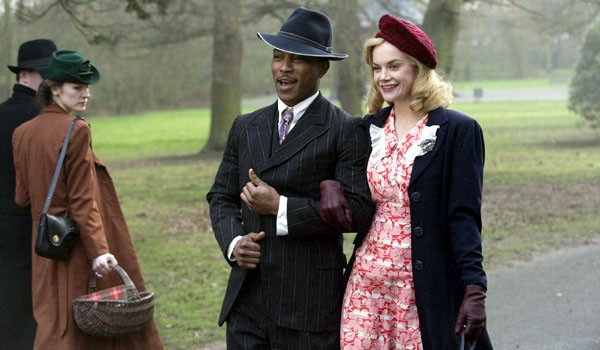 Small Island centres on the moment that Jamaicans were asked to come over to Britain to help out during WW2. I initially picked it up, vaguely interested, because it was a side of WW2 I hadn’t heard much about at school, but soon I couldn’t put it down.

I became obsessed with the characters in this story. Their insecurities, their dreams, the moments that start off small and grow to define them. Andrew Levy writes people that you know, love and roll your eyes at. They will leave you completely frustrated, and also break your heart. 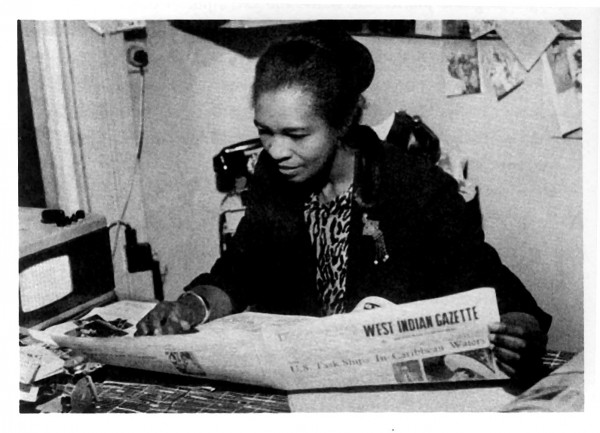 To The Left of Karl Marx: The Political Life of Black Communist Claudia Jones

Claudia Jones’ grave is literally to the left of Karl Marx’s. The title is also a nod to the position of her radical and pioneering approaches to intersectional feminism and communism. The book traces Jones’ life from her childhood in Trinidad, finding her politics in New York and then being exiled under McCarthyism to London. Through this, it looks at her role of shaping the arriving Caribbean diaspora in London.

She founded the West Indian Gazette and Notting Hill Carnival. It’s worth noting here that her role in the latter is often disputed or ignored. The book, by Carole Boyce-Davies, is an amazing political biography that does justice to an incredible women, who it often feels history is trying to forget.

Winsome Pinnock wrote a play about Claudia Jones called A Rock in Water.

Jackie Kay’s debut novel was very special but it was the stage version with Cathy Tyson at the Drill Hall, London which really moved me.  Trumpet is a story of the acclaimed jazz trumpeter Joss Moody.  He’s the son of a black father and white mother who only after his death is found to have been designated female at birth. It’s an amazing study of identity. It shows what can be hidden in pursuit of a dream and the effect that has on friends and family, without ever tipping into melodrama. 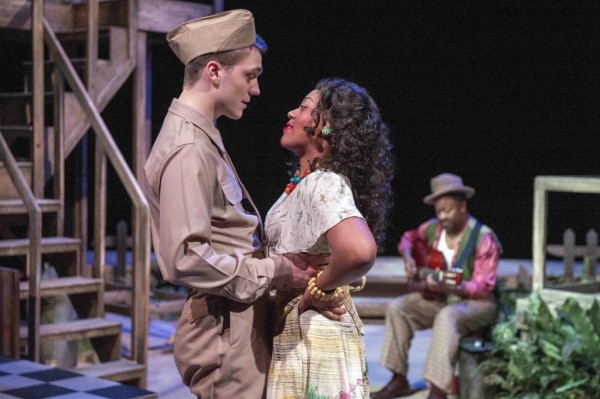 Moon on a Rainbow Shawl

Errol John
Play
I’ve never been to Trinidad, but this piece written by Errol John who travelled from there to London in the 1950s took me there through the skill of his writing. First produced at the Royal Court in 1958, it was directed by Maya Angelou in 1998 and then by Michael Buffong at the National Theatre in 2012. The latter vividly brought illustrated the intensity of life in a small corner of Port of Spain, in a mix of kitchen sink drama, tragedy and comedy, leaving the audience not only affected but with a better understanding of Caribbean history.

I was handed this by my mum at 15 and I instantly fell in love, with the book and Zadie Smith. It was the first book I had read about the hybrid of cultures and voices that make up multicultural London. Zadie has a Dickensian talent of keeping up a complicated narrative with a huge number of different characters with individual plots entertaining. It addresses so many important themes: religion, race, identity, growing old, coming-of-age and falling in and out love, that I think you have to read it a few times.

After I finished White Teeth I read everything else she had written immediately and then Changing My Mind, a collection of her essays. In the essays she referenced writers that inspired her like  Zora Neale Hurston and Toni Morrison, who I had never heard of. I have now read all of their incredible work and it made me think how they never appeared in English lessons at school, alongside any other writers of colour. Like Winsome’s work I think it is so important that writers of colour are profiled from stages to schools and their stories are spread far and wide. 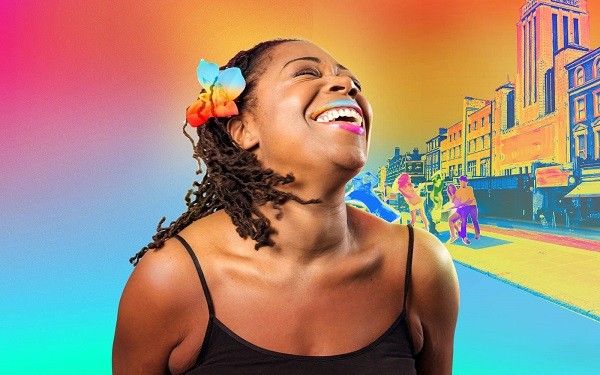 Lots of Bush staff love Zadie Smith – me included. She’s a real writer of London. She’s knows the streets, the landscapes, and the people living living under them and her characters breathe life into the city-on-paper. White Teeth was the first novel I read by Smith and the one I recommend newbies to start with. It’s a case study of multicultural London. It’s about culture clashes, identity, and the challenges between generational experience.

The Bush team were all excited to read about her upcoming collaboration with the Kiln Theatre, who later this year will stage the first adaptation of White Teeth. See you there.

Inglan is a Bitch
by Linton Kwesi Johnson
Poem

Mi get a lickle jab in a bih ‘otell
An’ awftah a while, mi woz doin’ quite well
Dem staat mi aaf as a dish-washah
But w’en mi tek a stack, mi noh tun clack-watchah

Winsome Pinnock’s classic and award-winning play Leave Taking is inspired by the hard work and fortitude of her mother who arrived in Britain as part of the Windrush Generation. It’s directed by Madani Younis at the Bush Theatre 24 May – 30 Jun 2018 and a new edition of the play will be published by Nick Hern Books.

Novels by Women of the Caribbean Diaspora – Goodreads