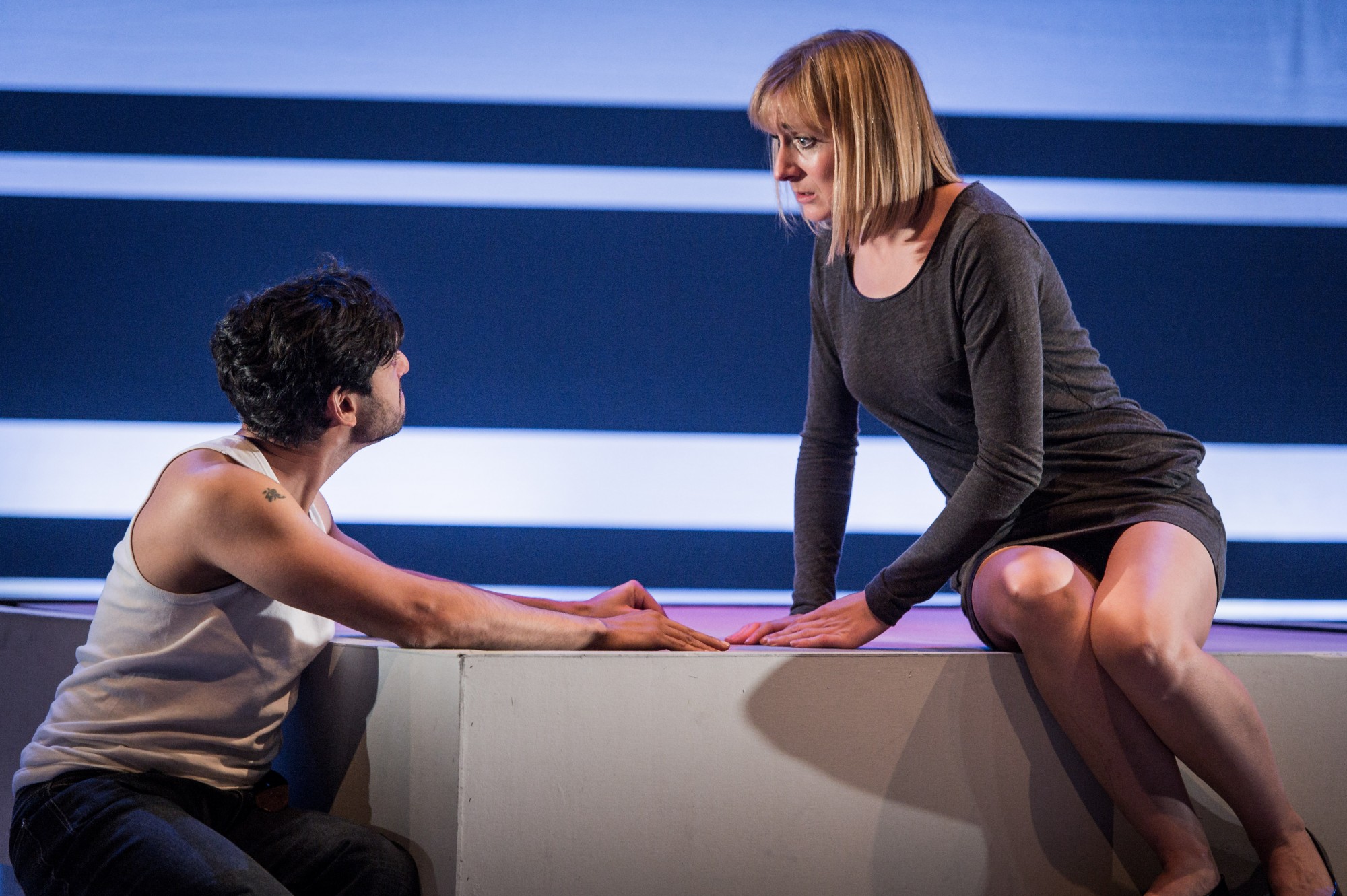 Ciphers: In Conversation with Dawn King

The text below is a transcript of a video interview between Ciphers writer Dawn King and Out of Joint’s Jon Bradfield.

JB: What was your inspiration for Ciphers?

DK: The inspiration for the play was the real story of Gareth Williams, it was a real case called ‘The Spy in the Bag’ case, he was working for MI6 and he was on secondment at GCHQ and he was found dead, sort of padlocked inside a bag in the bath of his flat. The case kind of stuck in my mind because after it happened, lots of stories got into the papers saying lots of different things about this man and some of it seemed to be very hard to understand – where did these stories come from?

JB: What kind of stories?

DK: The stories were that he was into bondage and he visited bondage websites and that he was a sort of repressed, unhappy gay man and that he had women’s clothing in his flat and that there were weird things found in his flat, like there were lots of SIM cards lying on the table and it was kind of difficult to figure out how you’d ever get to the truth about what happened, what really happened – how he really died.

And, underneath all of this kind of media froth, was the very real fact that there is a family who lost their son, brother… and they’re grieving and they want to know what happened to him. I guess it stuck with me the sort of, the idea that if you’ve got someone you love who is working for a Secret Service and something happens to them, then you never really know what happened. And by nature, the Secret Service is secret, so even if someone sat down and said “look, I’m his boss and I can tell you what happened”, you could still think that they were lying. So, I thought that there could be an interesting journey of trying to find the truth about something and, because that thing is a secret thing, you can never get the truth of it.

And then when I started thinking about it on a bigger scale, I was thinking about somebody who lies for a living and who has different versions of themselves, that they kind of use, some of them professionally, some of them personally. The initial idea was that I had a character that had more than one face, so you’d have three scenes in a row where – first of all they’d appear to be one sort of person, then appear to be somebody else and then they appear to be somebody else.

In the play there are two sisters, Justine and Kerry, and Justine is working for the Secret Service and she’s found dead under mysterious circumstances, and Kerry is trying to find out what’s happened to her. For her job, Justine has different personas and also in her personal life she has quite different versions of herself that she’s using. On a bigger level I’m asking a question about identity, which is about how can you ever really know somebody who lies for a living and how can you ever get close to them, but also, how can you ever get close to anyone and what’s the difference between two sisters who are actually so alike but so different in so many ways.

With Justine, her secrecy doesn’t just involve her working life – she’s got a secret lover as well, so she’s having an affair with a married man who is part of a semi-celebrity couple; he’s a young artist and his wife is an extremely wealthy business woman who is in the pages of Hello Magazine. And as a couple they are kind of a bit of a sort of sexy couple who get their photographs taken when they go out to events – and Justine is involved in this affair and I think that as you follow her story you realise that she by nature wants to be hidden and prefers to do things privately rather than doing them in the open – I think.

I think that somebody who has chosen to do a job which they have to keep a lot of what they are doing, if not all of it, secret from people that they know, I think that for me – it seemed natural that a character like that might also have other parts of their life that were very private and very secret and other people wouldn’t know about. And inside one kind of secrecy there would be another kind of secrecy and then another one and another one – which leads you to the question of ‘who is this person?’ So the question of ‘who killed Justine?’ becomes the question ‘who is Justine?’ or ‘who was Justine’? And ‘how could we have not known these things about her?’

JB: How does Ciphers relate to your previous work, Foxfinder?

DK: There is a link between my first play, Foxfinder, and Ciphers which I didn’t realise until after I had completed it.

Foxfinder is set in a version of the English countryside in which people blame foxes for things that go wrong, in the same way that we might have blamed witches in the middle ages. And there is a farmer and his wife, and the farm is doing badly and the government sends the fox finder to their farm to find out why they are doing badly and if they have been contaminated by foxes. The fox finder is a young guy who is 19 who all his life has been trained to fulfil this mission and when he arrives he is full of belief in his mission and by the end he’s realised that actually things that he has been taught aren’t really true and that his mission is a lie.

So, I guess I’ve written two plays about people doing certain jobs and who end up not believing in those jobs as much as they did at the beginning… Or at all, actually.

Both plays have got grief in them. In Foxfinder there is a dead child. In CiphersJustine is dead, so there are two timelines running: one when she is alive; and one is when she is dead and Kerry is trying to find out what happened to her. And the grief is this black centre in the play which is radiating out through Kerry and through Kerry’s journey- it’s almost like she’s trying to find her, like if she could find out what happened to her, she could know who she was, she could get to her again and she could make herself feel better. That’s never going to happen. Partly because she can never get to the truth, and partly because that’s not how it would be anyway. I imagine that finding out what happened wouldn’t actually take away your grief. It might change it slightly but it wouldn’t exactly take it away.

JB: Which writers and plays inspire you and your work?

DK: There are quite a few writers that I’ve been influenced by.

I love a writer called Dennis Kelly who’s written loads of visceral plays and he also wrote to book for Matilda the Musical and a Channel 4 series called Utopia. I love the fact that he has done all these different things. And he is also a very nice guy – just to add on, an extra thing. He is a very nice guy.

I love Philip Ridley. I had a period where I watched loads of Philip Ridley plays – they were all being produced everywhere – and I saw his play Mercury Fur, and it was the most tense I’ve ever been in the theatre and when I came out with my friend we just didn’t speak to each other for 15 minutes.

That’s why I love theatre: because when it works, when it’s really working and really good you’re sitting there and you feel that tension and it’s totally electrifying. Because it’s really there, it’s really happening there in front of you.