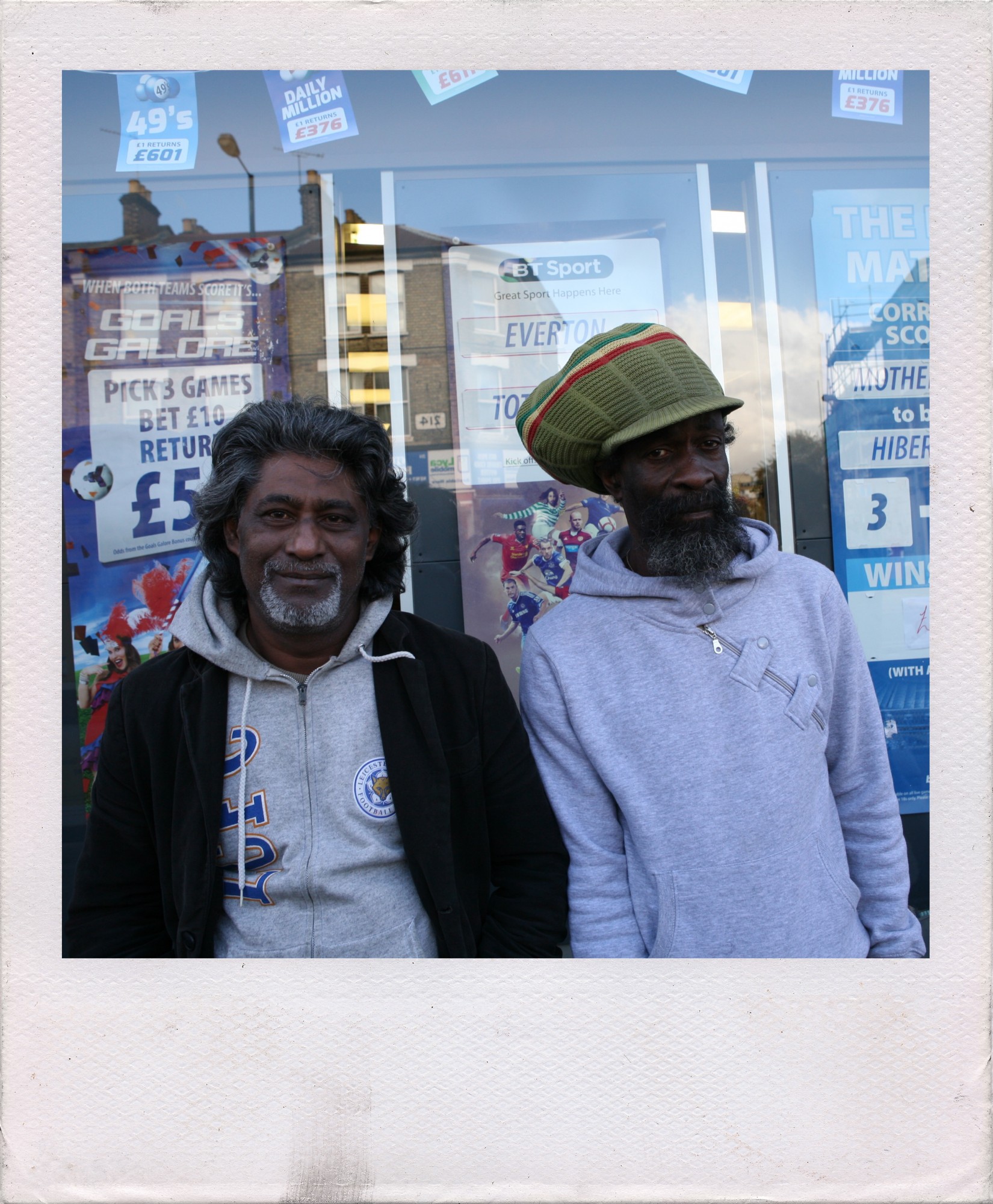 We asked playwright and Bush baby Nathan Bryon (Negril Beach, RADAR 2013) for his Shepherd’s Bush highlights, including where to write and get inspired and who we should be reading, watching and getting excited about on the London new writing scene.

What does Shepherd’s Bush mean to you …

Shepherd’s Bush to me is ENDZ and will always be the place I call home, even when I have my penthouse loft apartment in New York (ahahah) I will frequently fly back to pick up Patties from Vivian Patisserie on the Goldhawk Road and get my Jerk chicken from Dominic and Sharon at Ochi’s. It’s just everything! I love everything about Shepherd’s Bush. 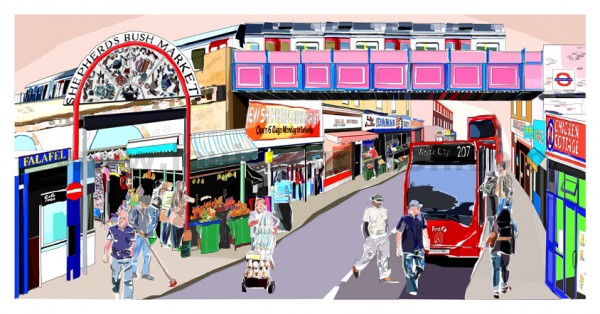 Best place to have a coffee and write…

I have just got into coffee I used to just drink tea. I promise the Bush Theatre didn’t pay me to write this… but Benedict at the Bush Café Bar makes the best latte I have ever had. One thing about Shepherd’s Bush is that it’s hectic so it’s nice to chill inside the Bush Theatre and it’s calm. Although I mainly write in my house with my dog and cat (they don’t literally write they are just present whilst I write).

The playwriting/theatre artistic community in Shepherd’s Bush is…

The Midnight Run I went on with Inua Ellams made me love Shepherd’s Bush even more. It was so cool to just walk about look write create with brilliant people.

Where to go to get inspired?

I love Shepherd’s Bush Market there are so many interesting and amazing people there. One day I will drink 100 lattes (made obviously by Benedict) with each of the market owners and just listen to every single one of their stories on what brought them to the best place in the world. I also have to shout out White City Estate, I made my first film there called Blocks – it’s truly a magical community, which provided the best backdrop. 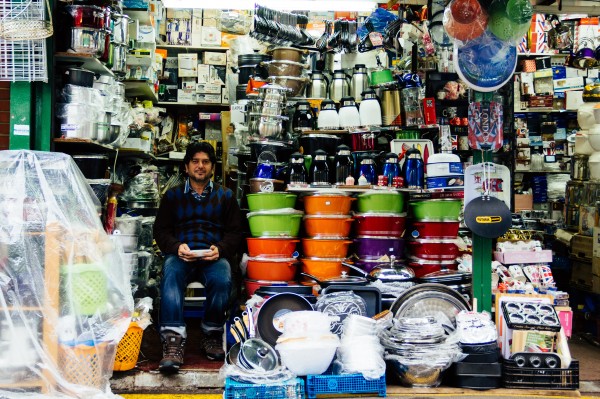 But again, it’s Shepherd’s Bush, inspiration is literally everywhere. I’ve seen sooo much in and around the Bush a lot of it ends up in my work. Marvel have their universe of stories and I have my Nathan universe of all my stories. They are all based in Shepherd’s Bush, my play Negril Beach is based on Uxbridge Road, I have another short play called Blackout based in a large house on Stanlake road, my cartoon Afro Kid is based on the Uxbridge Road. Most of my films and sketches have been filmed in Shepherd’s Bush.

Someone really needs to make me the mayor of Shepherd’s Bush… who do I need to talk to about that? 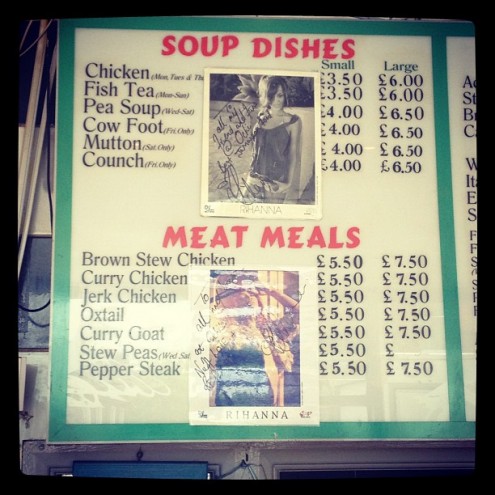 Go to the market to pick up a picnic blanket, and then go sit on Shepherd’s Bush Green with your dons in the sun, hopefully someone has brought a portable speaker which is blazing out some good reggae music. Repeat this weekly and you will live a long prosperous life.

The pie and mash Shop A. Cookes is a massive part the history of Shepherd’s Bush. It’s been here 109 years. That’s older than like everyone’s granddad! Those walls have SEEEN things and we are going to knock them down for some moist luxury flats or whatever!! The fact the council are closing it down gives me ultimate rage. When my dad took me there I was 21 I couldn’t believe I had never been before, it’s amazing!

I need to read a lot more! But artists who constantly inspire me with there words to name a few Deanna Rodger, Anthony Anaxagorou, Arzine Kene, Bola Agbaje, Jareth song lyrics are boom as well.

An image that represents Shepherd’s Bush for you.

I worked with Yasmin Akim an amaaaaaazing photographer and we went around Shepherd’s Bush and she was taking photos for Negril Beach and I have attached my favorites. She captured Bush incredibly well. 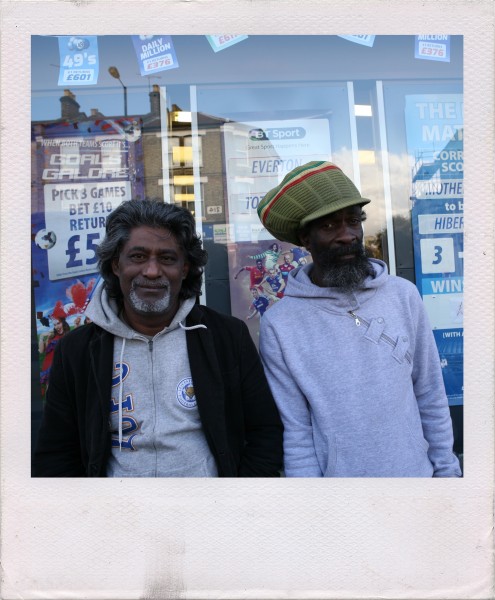 Want another City Guide? How do you fancy Cape Town?