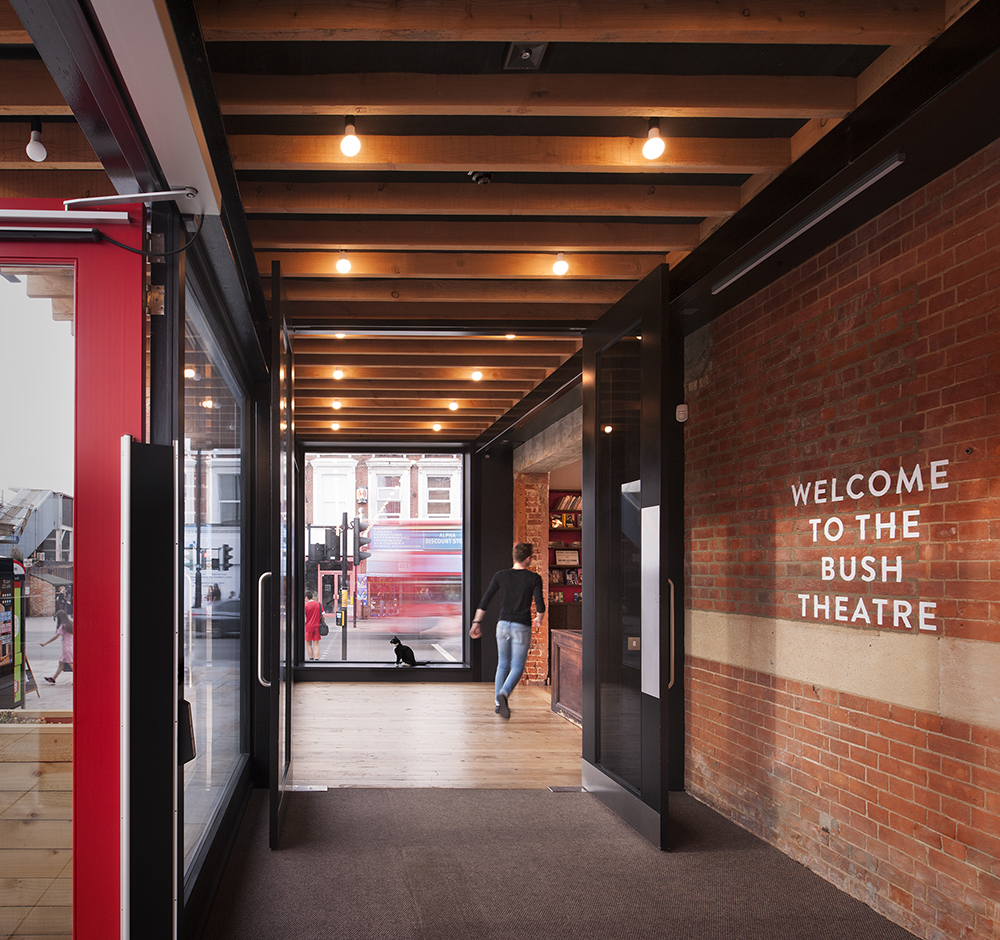 Simon Johnson, the Bush Theatre’s Chair of Trustees on how the process of finding a new Artistic Director has shown how far we have come as a sector

These last few weeks have been a roller-coaster at the Bush. Just last month Madani was announced as Creative Director of the Southbank Centre – the largest cultural organisation in Europe – and we opened two shows in one week: Misty in the West End and An Adventure here at the Bush. Both shows are commissions we have developed over many years by artists we love. And both shows regularly receive standing ovations from audiences representative of London today.

Now we are on the lookout for an Artistic Director to succeed Madani – someone capable of building on his legacy and being true to our mission while shaping their own vision and taking us to new highs. On the day of the Southbank Centre announcement, we simultaneously launched our application process. We asked each candidate to share a cover letter of who they are, what they stand for and what their vision would be for the Bush Theatre.

From a trickle of responses in the first few weeks the responses became an avalanche in the final hours. After I went to bed on Sunday evening I had to shut down my phone as it continually buzzed to announce a new application.

‘I slept little as I kept turning on the phone to check which new artist amongst those I loved had applied. Artists who represent society today, artists who tell beautiful stories and artists who challenge us through their work. The list surpassed our expectations and is further testament to where we are as an organisation at this point in time and the amazing job Madani and the team at the Bush has done to get us here.’

We have been overwhelmed by the response – not just in terms of quantity but the quality and diversity of candidates. We have seen diversity not just in terms of geography, background and community, but of ideas and possibilities. Artists who have sat in our audience; those with personal stories and connections to the Bush which have moved and inspired us; people who understand and are willing to fight for what we stand for but who will not be afraid to shape their own vision and north star for us.

Now we must take that list and from it create a shortlist for interview. In some ways, our work begins here. But I wanted to take a moment to celebrate how far we have come as a sector in recognising creative talent in the UK. Clearly there’s a long way to go, but this process has proved to me that there is a group of leaders that looks like our city, who are ready to make change.

I believe that possibility can no longer be ignored: right now we have a real opportunity to shake up the leadership of cultural institutions, with vacancies at three London theatres as well as Manchester’s Home, Edinburgh’s Traverse and the HighTide new-writing Festival in Suffolk. Now let’s make it happen.