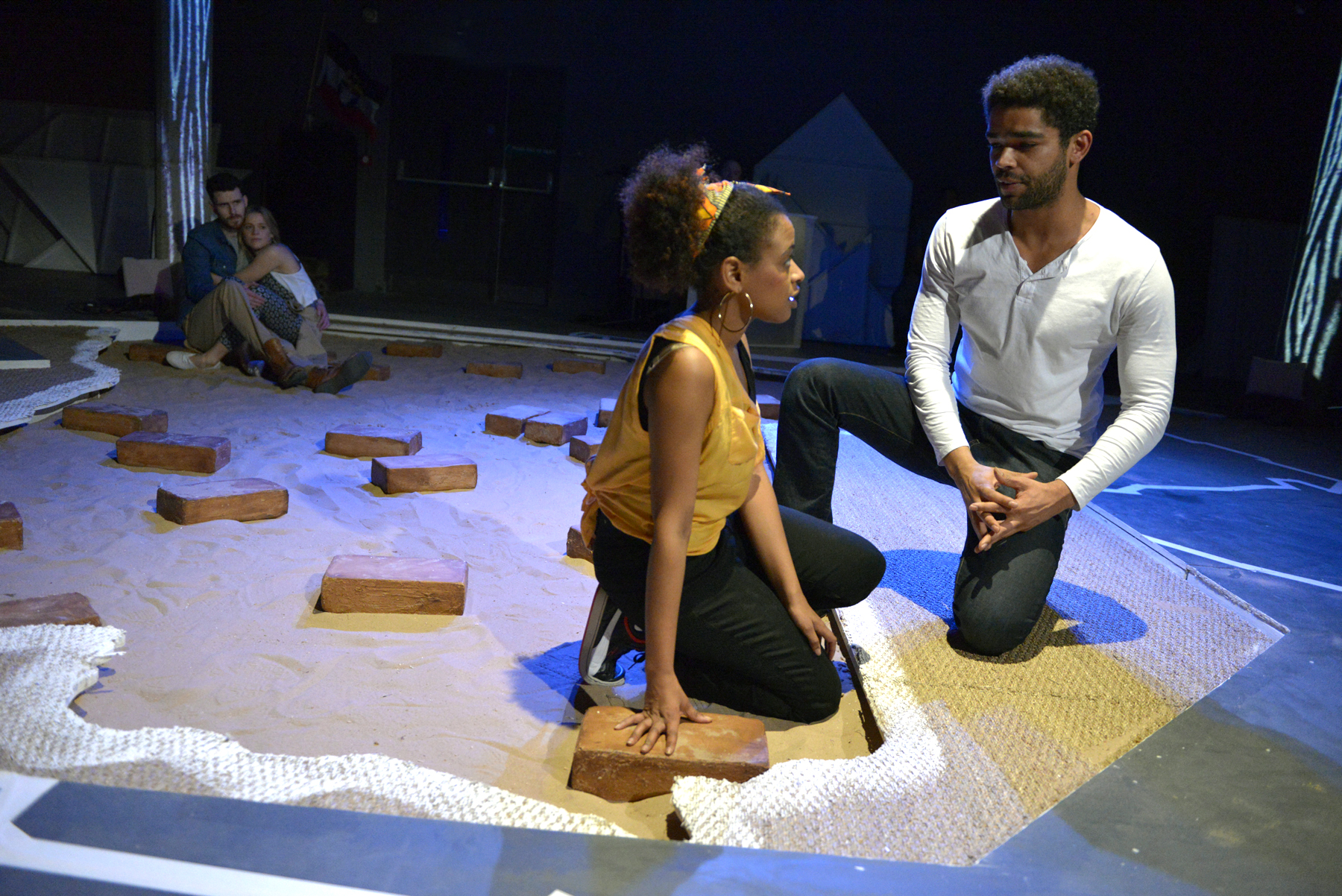 Dispatches from Preview Week: We are Proud to Present

I hope you’ve all been well. I’ve been really busy in previews for We Are Proud to Present… so please excuse the hiatus between blogs. My life has consisted of checking sight lines, taking notes, sitting in tech notes, helping to reset the space and drinking lots of coffee to accommodate our very long days; rehearsing on stage in the day with a performance each night. I have to commend the cast for enduring such a tiring period; they’re a great bunch of tenacious actors.

Last Friday we had an open dress with an audience of young people from Soho Young Company, National Youth Theatre, Young Friends of Almeida, Hammersmith College and Lyric Young Company (who were an extremely generous audience). They thoroughly enjoyed and were moved by it. In a Q&A session they asked various questions about how the play was made and where the story even came from. They were fascinated by the idea of actors playing actors and were particularly fond of the moments of conflict that commonly exist in most creative environments. They also challenged the clarity of some moments and ideas too which was really useful for us. It was really encouraging to know that the play was engaging and poignant for a young audience too.

For the last few days the actors have begun to discover which choices work and which choices don’t with each audience they encounter. The actors are really owning the production now: figuring out how to get the audience on side for what ends up being quite a hard-hitting ending. And they will continue to find this over the course of the run.

The end of the play is very tricky and very technical, causing many a sleepless night for the creative team (myself included – I’ve never assisted on a show where I’ve felt such a connection to it). But it is powerful and bold. It’s taken some convincing from our director Gbolahan Obisesan but we are all fully invested in it. I think there will be lots to talk about in the bar afterwards!

It was press night last night and everybody did a great job.
I even shaved and ironed my shirt for once.
I feel confident. Excitement.