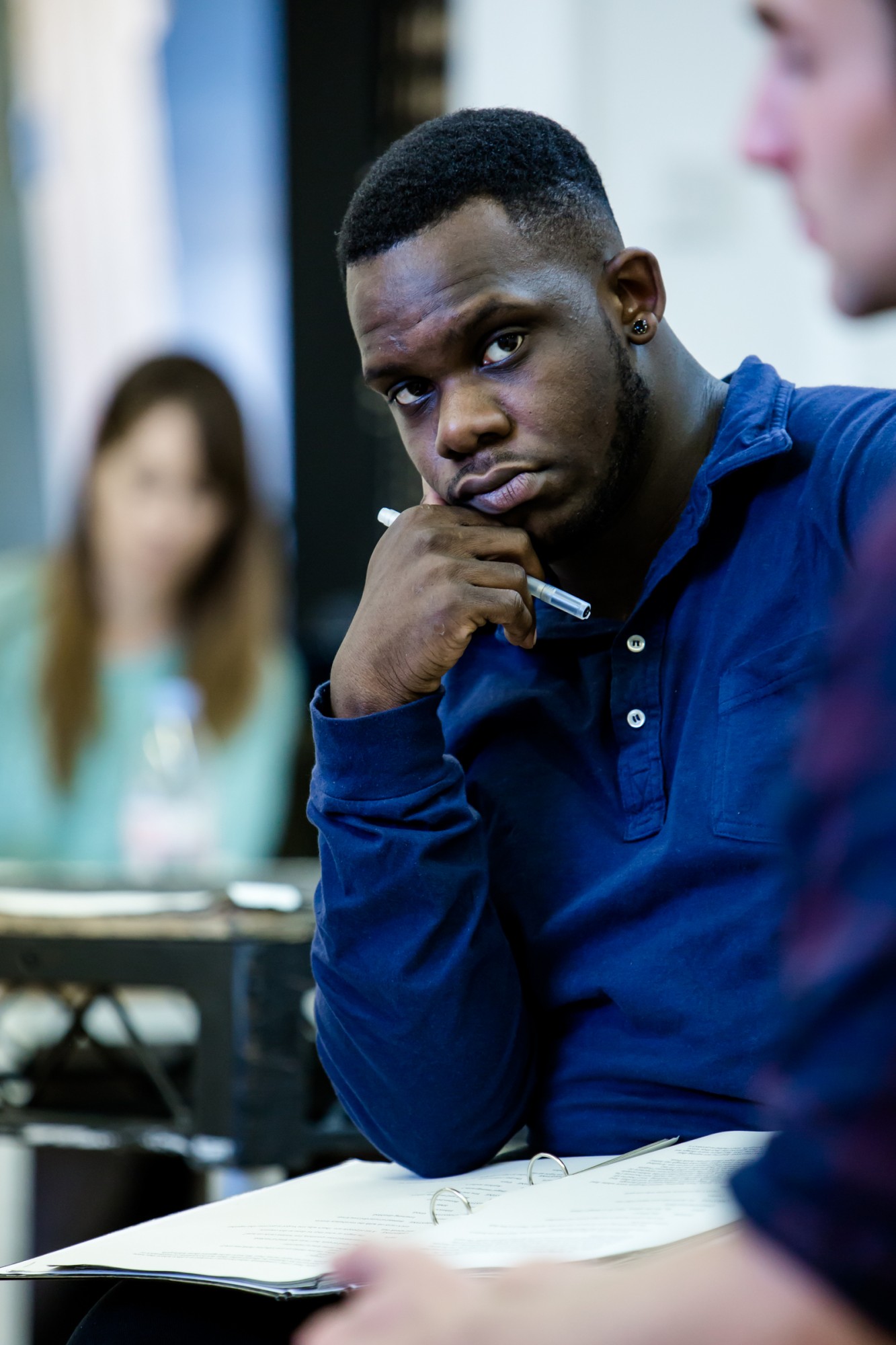 Dispatches from the Rehearsal Room: Week Two on Albion

Take a look inside the Albion rehearsal room as seen by Assistant Director Roy Alexander Weise.

I hope you’ve all had a great bank holiday weekend and not been too disturbed by our great English weather. Just checking in again to give you some news from the rehearsal room.

There has been a huge amount of progress here. The actors have had individual sessions with Mary King, the vocal coach, whose skill and experience has been incredibly valuable in terms of discovering the characters’ karaoke voices, including discussions about how good or bad each character is at this great Japanese pastime! Dave Pryce (composer and sound designer) has worked tirelessly to provide karaoke versions of some of the best tracks of all time (let’s just say it’s going to be a good night at The Albion pub).

We’ve begun putting all of the pieces of the jigsaw together and we’re working all of the music into each scene. Luckily, we’ve been able to rehearse in the auditorium this week so that we get a good sense of scale and space and our wonderful ASMs have been sourcing all of the props for the actors to start having a play with.

We’ll be doing some filming tomorrow but I can’t say what of…I’m not a fan of spoilers personally.

I’ll be back next week with some more news and to let you know how intense it gets as we move closer to the opening night. Have a great week!