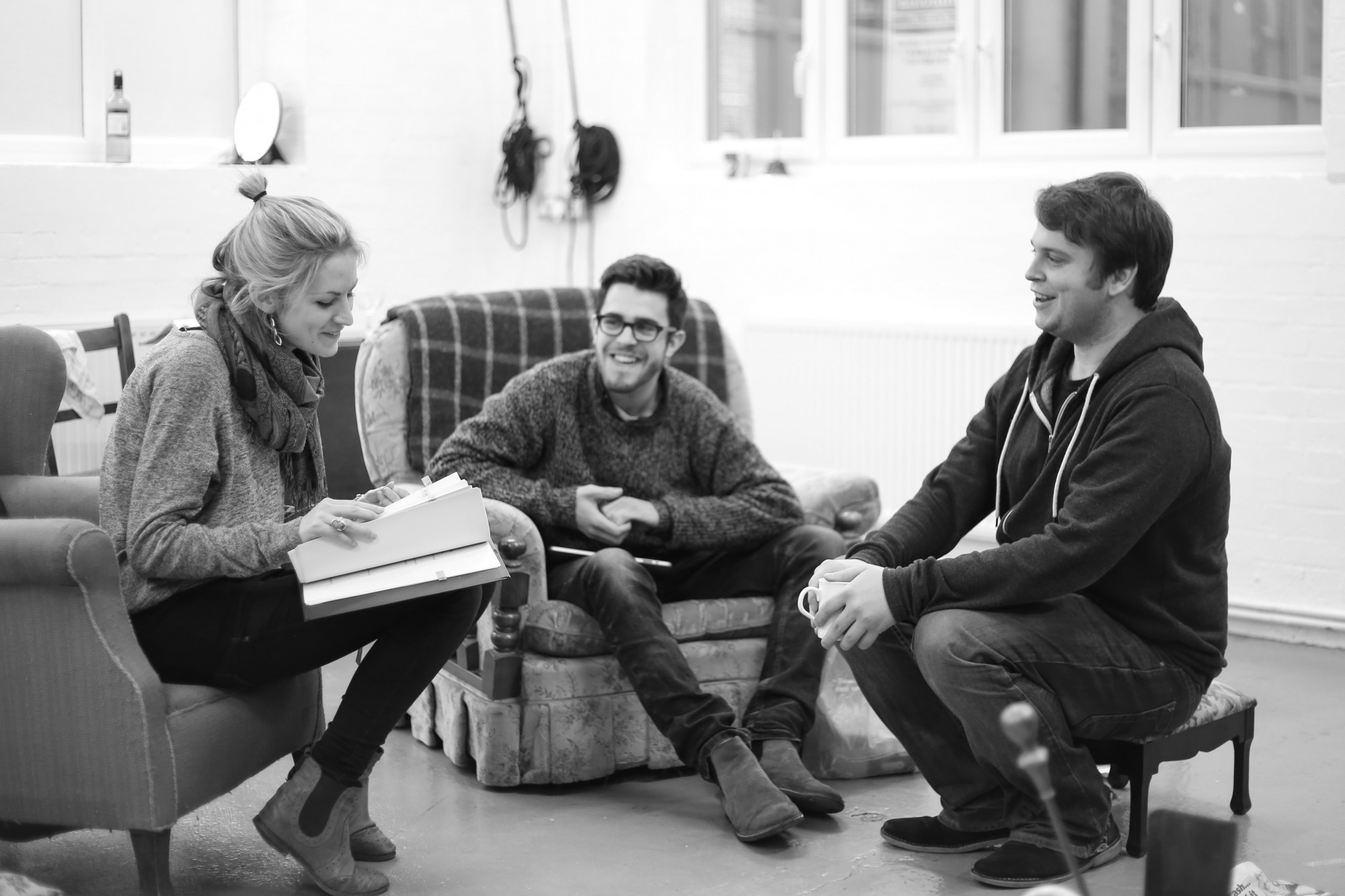 Dispatches from the Visitors Rehearsal Room: Day One

Barney Norris, writer of Visitors and Co-Artistic Director of Up in Arms, talks us through the process of excavating the play ahead of its transfer here later this month.

The first day of the second run of Visitors started for me at 6 am. I mainlined coffee and watched the light come into the sky till the Addison Lee arrived to empty my flat of the set and disappear into the morning. That’s one of the moments where it occurs to you that the whole thing must be a set up. The van will never arrive, and when you get to the rehearsal room you’ve spent all your money on hiring, everyone will shout ‘surprise! It was all a joke, there never was a show’. The driver tried to charge me double, but I bartered him back down, conceding one miniature book case he said he couldn’t take. I took it on the tube from Tooting Broadway to Clean Break’s rehearsal rooms in Kentish Town instead, to the delight of my fellow commuters. I undertook to race the driver, but on his way he got another job and had to deliver some bread, so although I thrashed him, he pleaded mitigating services and we’ll never know which of us was faster.

“It was bliss to be in that room again, and know we were going to spend another ten weeks together.”

Our new Deputy Stage Manager, Jo, and I unloaded the van at the other end, then Jo did the markup while I wandered ineffectually round. I took great pleasure in exploring the main Clean Break offices, which are women only after 10 am, and kidnapping some mugs and a tea urn. I think they’re a great company, so it was exciting to see the sett, particularly as it was forbidden.

We first did Visitors on tour and at the Arcola in the spring, spending thirteen weeks together and all shocking ourselves, I think, with the enthusiasm we generated for our work. It was bliss to be in that room again, and know we were going to spend another ten weeks together. As before, we laughed a lot through the first day, as we began to excavate the production, and found to our delight that it seemed to be emerging unmotheaten.

Stay tuned for more from Barney over the coming weeks… possibly even days.