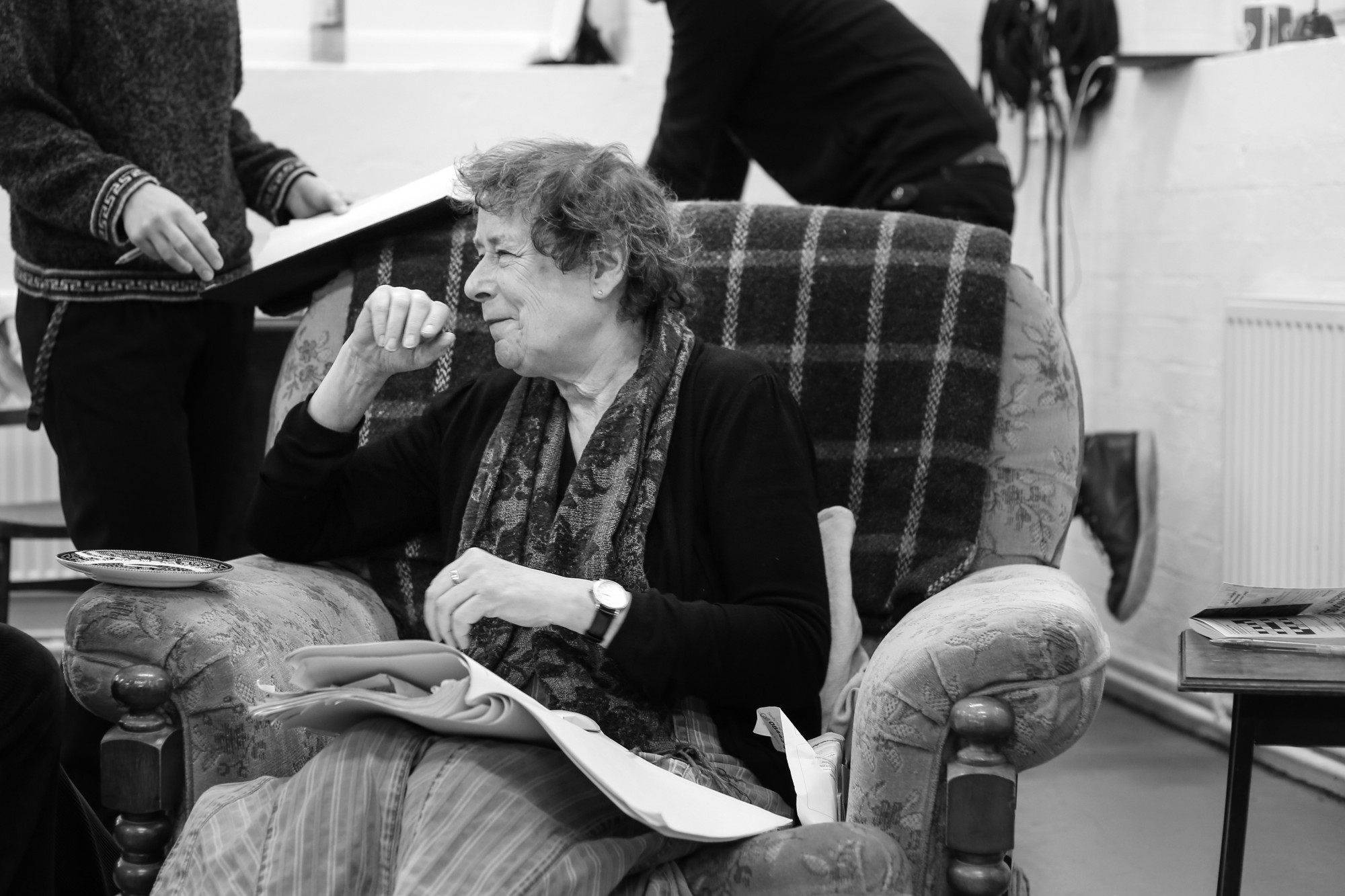 On #LoveTheatre Day of all days Visitors writer Barney Norris shares some very exciting news and fills us in on the highs and highs of being in room with such a wonderful cast of actors.

The most extraordinary thing has happened to us. We’ve had a nomination for an Evening Standard Theatre Award – specifically, the Charles Wintour Award for Most Promising Playwright. Everyone is happy. It’s wonderful, of course, to get that kind of recognition for your work. It’s all the more wonderful to receive it at a time when your play is about to open again, because it means you have a chance of reaching more people with the story you want to tell, thanks to the oxygen such a nomination provides. And it opens up exciting possibilities for the future – Up In Arms can now say to writers and others that anything might be possible if they choose to work with us. Despite being a young company and a small company, we’re capable of making work that receives recognition at the very highest levels. It is a wonderful calling card, and we hope it can be a platform from which we’re able to build bigger work in future.

But the work we’re doing now is what’s really interesting, the work of which that nomination is a reflection, not anything around it, so let me tell you about that. All our shows to date have had a second outing, a revival tour or a festival transfer, which is something we’re very proud of. But I’m still experiencing this period of re-rehearsal as a revelation. Perhaps it’s because we’re working in better conditions this time round, and so it’s possible to study the process of taking a second run at a production a bit more closely than it has been on past productions.

The strange experience we’ve all been having is of discovering the play completely anew.

We’ve been working in rehearsals, not to remember the production we made and get it back up to speed, but to see the text afresh and understand the currents flowing beneath it as if for the first time, to question any potentially under-interrogated decisions made last time out because opening night was just round the corner, to strip away the nuances of technique which the production accrued, find the honest meanings of the characters, and build the technique back up again from there. It means I’m seeing the play completely differently. Alice (the director) and I are both finding it much more moving than we ever have before. We think it might be in part because we feel less pressure – we know there is a play worth producing here now, it’s not just us trying to put something terrible on the stage, the play mattered to people who saw it, so we can see it a bit more clearly and separate ourselves from the anxieties surrounding production.

I think it’s also a product of watching four wonderful actors take advantage of the luxury of time to test themselves to the very limits of their imaginations. The company’s understanding of the play feels subtler and more finely textured than before, and that’s because it’s being completely worked over, thought for thought. Simon Muller and Eleanor Wyld said when we first started rehearsals that being in a rehearsal room with Linda Bassett and Robin Soans was like playing tennis with Federer – not because they pulled out of scenes saying they weren’t up to it (I hope all you tennis fans out there appreciate the topical reference), but because they had you pushing yourself all the time just to get the ball back over the net. There were no practise sessions, just an intensity born of talent and application.

The secret of both Linda and Robin’s talent seems to be that they are prodigiously, superhumanly committed to what they’re doing.

There are no gentle mornings – they’re always testing themselves, even while they can’t get through a scene without making each other corpse. I’ve been watching Simon and Eleanor do the same thing for a week (testing themselves, as well as making each other corpse): all four of our actors spend the days thinking and feeling at a frightening level of intensity, and that’s throwing up a huge amount of new emotional and psychological material, which I think is where I’m surprised and moved and made vulnerable again as an observer by the play, even though I know it so well.

Today, we’re escaping London for a short rural tour of Hampshire and Wiltshire, to get into the groove of doing the play with an audience and also to take the play into communities like the one where it is set. The tour was really Linda’s idea. As a company, we always wanted to get into rural touring, but never imagined it would be this project that started us off till she suggested it. I admired Linda before I ever met her because she always put the TIE touring work she did for the Belgrade in her biography. People who care about that kind of audience, and know the value of that kind of work, matter. It has been wonderful to discover that Linda’s enthusiasm for taking work right into communities where there is low cultural engagement hasn’t softened in the years since she was doing that in Coventry. It has reinvigorated our own priorities and commitments.

Linda and Robin and people like them are the reason I went into the theatre.

I thought the idea of getting in a van and taking a story out round the houses was beautiful and worthwhile. I was inspired by people who seemed to use theatre as a method of social engagement, not just of entertainment. Linda and Robin have always been committed to providing a focus for and an expression of every person in England they could possibly reach – witness Linda’s touring record, or Robin’s plays, such as A State Affair and Mixed Up North, documents which make him, to my mind, one of the most important contemporary playwrights, quite apart from being one of the best. We’re excited about getting to the Bush next week, but this rural tour is just as important to us. The main job of a touring theatre company might well be to dredge the hedgerows and bring back the stories no one else knows to the cities in order to share them with the big world, but in order to do that, it’s vital to get out among the hedgerows in the first place.

Visitors runs at the Bush from 25 November – 10 January