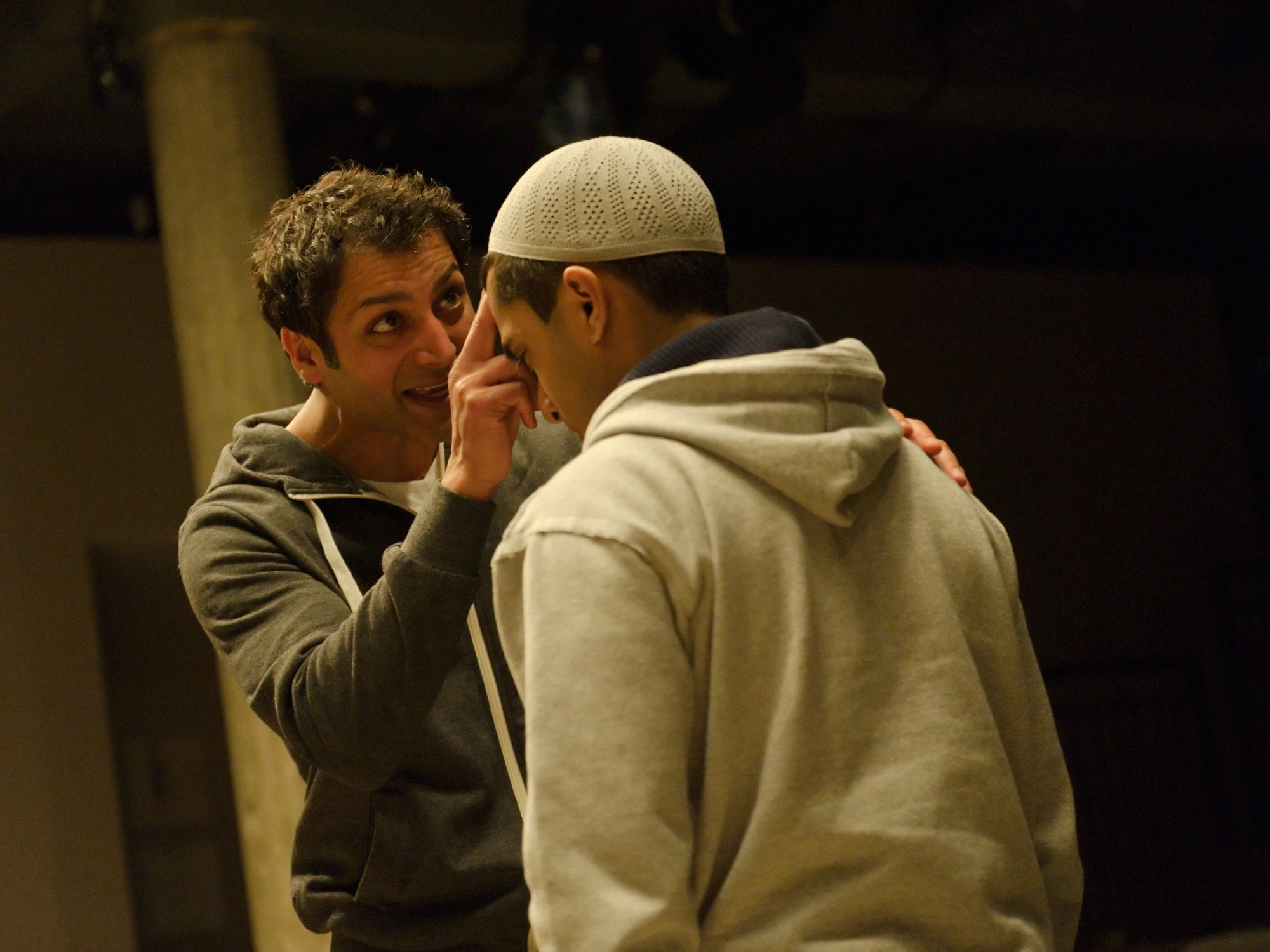 Excerpts from an open letter to Ayad Akhtar, writer of Disgraced, originally published in the London Evening Standard in May 2013.

Dear Ayad, I hope these words find you well brother.

Time and geography have up until now cheated me of the moment in which to share with you why I felt so compelled to produce Disgraced and why I was committed to your play opening our new season of work here at the Bush Theatre.

We are a part of the first generation of immigrant children: we are continually forced to negotiate our sense of place and belonging. The central protagonists of your play Disgraced do not perceive of themselves (at least early on) as being peripheral in their own country; they occupy confidently and without apology a central space within their society. They negotiate and speak to the world without the filter of a liberal guilt. The words spoken from their mouths are at times unforgiving and uncomfortable. They reveal a viewpoint that so many of us stand vehemently in opposition too. Yet, it is your ability to reveal this most uncomfortable of truths that we share globally – that you can be a Muslim, hold middle class values and aspirations, but still be in thrall to the curse of “the other” – that I have very little  doubt has drawn so many to your work.

Looking back to my twenties I can see now I had an unflinching confidence in laying claim to the moment that I was living, and to a New Britain that I believed was being created in the image of all those who had come to call this country home. And then the larger world in which that New Britain was being born changed, with the emergence of a new international terror, played out in the very region of the world that both of our fathers had affectionately referred to as home. Countries that many of their generation would one day hope to be returned to as their final resting place.

For you it was 9/11, for me 7/7. The events themselves, the bellicose reaction to them, created another, unexpected and unforgiving shared history that would forcibly redefine our sense of self and place. Mosques that had been the cornerstone of those communities were now suspected of being “centres of radicalisation”. In the month following 7/7 I would be stopped and searched several times by the police and issued with the mandatory pink slip – an official record of our encounter. I would tell my parents of my first two stops. My vulnerability, suddenly feeling that I didn’t belong, was met by a sadness the likes of which I had not before seen in their faces. It was too painful for them – their labour and sweat had been the ground upon which my dreams had walked. In this moment I understood the fullness of James Baldwin’s words when he described himself as being the other in the only place that he had come to accept as being home.

Ayad, when you come to Shepherds Bush, you will see that the streets here are alive with the languages, garbs and colours of a global community for whom London had become a part of their individual and shared stories. Population analysis of London reveals an image of a city that in less than two decades will see young Londoners reflecting, in even greater numbers, histories and ancestries that have been fused together from both within and beyond the shores of our country. I am excited to witness this version of a city that I am in love with. I hope that in spite of the narrowing conservatism sweeping across our Europe today that the culture being born by this generation becomes even more present and pervasive.

When we finally met last winter, Ayad, you were whom I hoped and imagined I would meet, articulate, fearless, understandably armed with curiosity about why we wanted to produce your play at the Bush Theatre.  I believe wholeheartedly that those men and women who experience Disgraced in London will be forced to confront a shared reality that compels us all to see the world from yet another vantage point.

I thank you for writing Disgraced and for allowing us to share the play with our audiences. We look forward to welcoming you to London in the coming weeks.