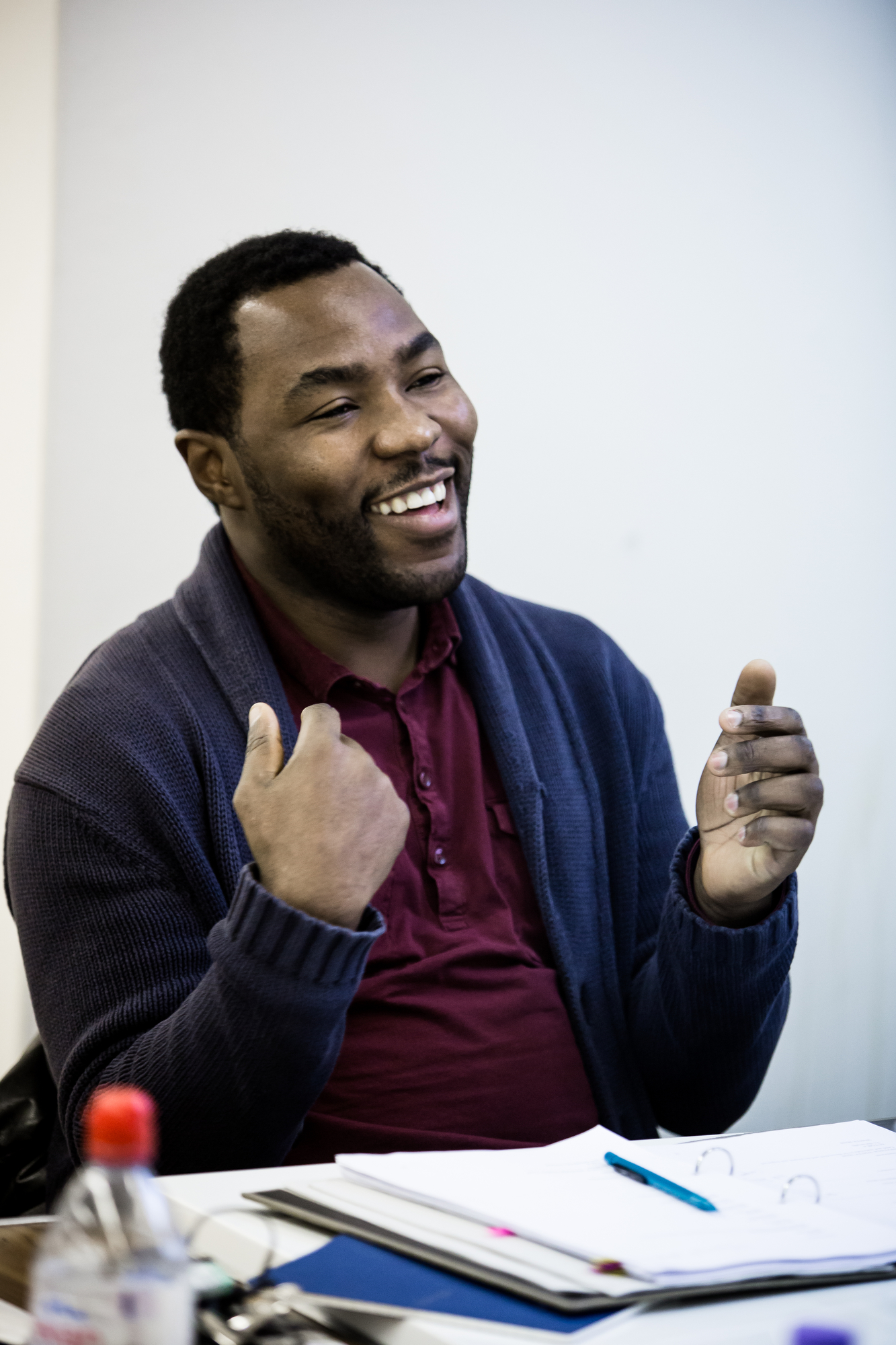 I loved being at the 2008 Olivier Awards when the Isango Ensemble company of Impempe Yomlingo (The Magic Flute) erupted in jubilation at the announcement we had won the best musical revival category – Singing in Xhosa, dancing, spraying drinks the lot – It was Brilliant triumphant and unrestrained. I was associate director on the production and it meant a lot be able to celebrate the journey of the production with them at that particular moment.

I absolutely adore and have huge respect for Sacha Wares & Debbie Tucker Green – They have done a great deal to enthuse me with confidence, belief and to defend the integrity of how to best serve the work and what I think is important to communicate in the work and enlisting others to support my voice and vision.

Visibly still doing the things I do and doing them better than I’ve ever done; being paid really well so that it’s enabled me to find a nice home in a beautiful corner of a London suburb with the woman I love and coaching my first born through baby steps and the alphabets. Honestly – That’s as real a desire as anything.

I’ve seen a few great things – worked on a couple and maybe even directed one. Rufus Norris’s Death and the Kings horse and Debbie Tucker Green’s generation both of which I was involved in were really moving and inspiring. I adored Jitney and Attempts on her life both at the National Theatre had profound effects on me. I really enjoyed Sucker Punch and Now or Later at the Royal Court. A Respectable Wedding and Joe Turner’s Come and Gone at the Young Vic. I loved watching the performances of all my actors for my productions of SUS. Thomas Ostermeier’s Hamlet soon to be on at the Barbican is also theatrical feast well worth a look.

Gbolahan Obisesan was born in Nigeria and move to South East London with his parents aged 9 years old. He is a playwright and theatre director. He was the recipient of the Bulldog Princep Directors Bursary 2008 – 2009 at the National Theatre Studio and the 2008 Jerwood Award at the Young Vic Theatre for which he directed the critically acclaimed SUS. Writing credits inc: Mad About The Boy (Fringe First Edinburgh 2011) Regeneration, Deconstructing the Barack, Home and Hold it up. His short play Set me fair – A May fling was showcased along with other writers from the Pentabus writers week at the Latitude Festival july 2011. Gbolahan was recently invited to a reception with the Queen at Buckingham Place for his contribution to young people in performance arts.