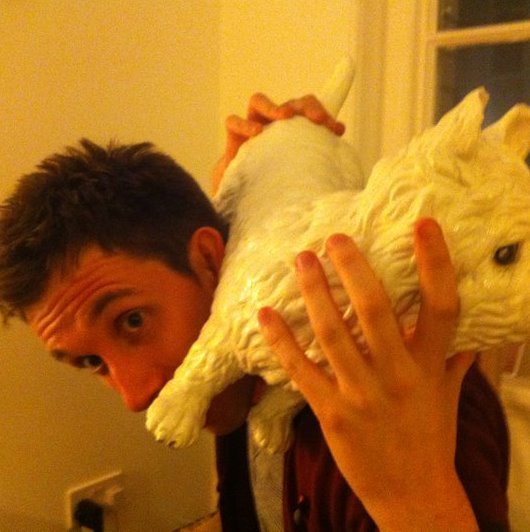 What plays should we (the users of bushgreen – ie emerging and professional Playwrights/Practitioners) be reading, putting on and going to see?

However, there are three books (The Wasp Factory by Iain Banks, Pigtopia by Kitty Fitzgerald, George’s Marvellous Medicine by Roald Dahl) and four plays (HUSHABYE MOUNTAIN by Jonathan Harvey, ERPINGHAM CAMP  by Joe Orton, TALENT  by Victoria Wood, SHIRLEY VALENTINE  by Willy Russell) that I read on a continual cycle so please put one of those on…or read them all…everyone…over and over in a creepy way like me.

My 80’s themed house party when my radio play about a Cilla Black fantasist was broadcast on BBC Radio 3.  The buffet was suitably crap.  There was Brandy and Babycham which was non crap.  And port.  Win win.

My pal Victoria.  She read my stories when no one else would.

Louis Roberts performance as Gary in the adaptation of APPLES  by Richard Millward at Northern Stage in Newcastle.  I even went twice.  And he nailed it.  Twice.