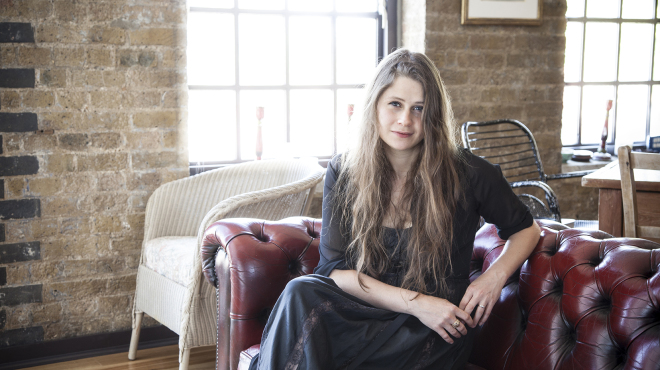 There’s a gaping hole in our theatrical ecology in Britain where second productions of recent plays should be – it’s something thoroughly entrenched in the repertory culture of Europe, but we seem to want to bury things for 30 years once the first run closes. We’re so stupid, we have this incredible back catalogue that we sacrifice to a cult of novelty, or virginity even. So it’s a dream venue rather than a dream list, programming wonderful work that deserves re-airing before the playwrights are dead. Let’s start things off with ‘Debris’ by Dennis Kelly, ‘The Architect’ by David Greig and ‘Disappeared’ by Phyllis Nagy.

Watching my last play for Clean Break ‘It Felt Empty…’, with an audience entirely comprised of Clean Break students. Their engagement with it was so intensely empathetic, and the connections they felt so loudly and honestly expressed – the high of that was enormous. For many of them it was their first experience of theatre and to be privy to, and have a part in, how electrified they were by it was an unparalleled privilege.

Probably Mel Kenyon, my agent, whose approval means the most to me, and who I trust to give it only when it’s truly deserved.

Doing what I am now but at a slightly nicer desk, with a view of a garden rather than the gas hob.

Goodness, I don’t know. All sorts of things. The trees rustling at the end of Jerusalem this year, the hats in Far Away, Ben Moor performing Coelacanth in a tiny hot oven of a room at the Edinburgh Fringe, years ago, ‘Try a Little Tenderness’ in The Brothers Size, New International Encounters’ Past Half Remembered, the end of Decky Does a Bronco, Anthony Neilson’s endless ingenuity and experimentation, the first time I saw Love and Money, Scaramouche Jones, Tiny Dynamite, Yard Gal, Gagarin Way, The Pillowman…

Lucy Kirkwood is an East London born playwright. She won the PMA award in 2006. She has been resident writer at Clean Break for the last two years, during which time she developed and wrote it felt empty when the heart went at first but it is alright now, for which she was nominated for the Evening Standard’s Most Promising Playwright Award. Previous productions include Tinderbox, Bush Theatre, 2008 and Hedda, Gate Theatre, 2008, and short plays for the Sticking Place’s Terror season, the Bush Theatre, the Latitude Festival and the RSC. She was a writer on three series of the C4 show Skins.