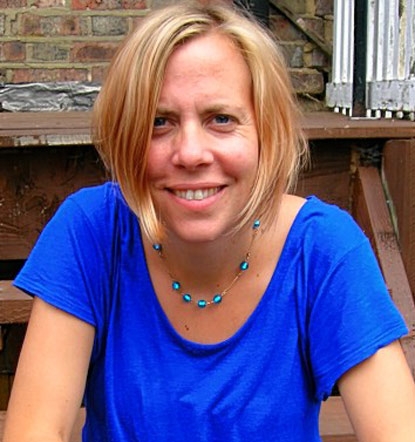 Go to the Edinburgh Festival – see a whole load of stuff that you wouldn’t ordinarily choose if you were at home; performance art/comedy/dance/weird stuff/everything at the Traverse.  I saw Daniel Kitson and Kim Noble a couple of years ago and both were bloody amazing, true pioneers (Kim Noble is at the Soho soon – go see, but please don’t blame me if you’re horrified).  I don’t know what people should be reading, I’m getting on a bit and I only read Pinter about a year ago, so read what you want, when you want, when you feel ready and able, have an open mind and see what happens…. If that’s too

My career in this business has been short and fizzy so far. Being one of the four Bruntwood winners is where it all began for me so has to be one of the highlights and seeing my play Mogadishu on stage for the first time in The Manchester Exchange and then The Lyric.

Kev, my partner, who read some of my writing in the early days of our relationship and encouraged me to write something properly.

I saw an amazing thing in Edinburgh, which was a piece of performance art called Six Women Standing in front of a White wall. Doesn’t sound very promising, but moved me in a way that was totally unexpected. I loved Black Watch. And I loved everything about Jerusalem. And Chloe Moss’s This Wide Night broke my heart. Oh, and I loved Dennis Kelly’s Orphans too.

Vivienne Franzmann was a teacher for twelve years. In 2008, she was one of four first prize winners of the Bruntwood Playwriting Competition run by the Royal Manchester Exchange for her play Mogadishu, which is the first play she’d ever written. She was awarded ‘the George Devine Award for the Most Promising Playwright of 2010’. Mogadishu premiered at the Royal Manchester Exchange in Jan 2011 and transferred to the Lyric, Hammersmith afterwards.