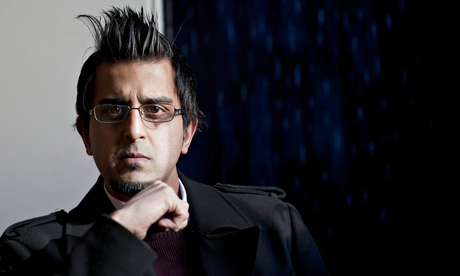 From the Press: Knockout season to include play inspired by Jack Johnson

Madani Younis has every right to feel vindicated. His appointment as artistic director of the Bush theatre three years ago was greeted with surprise; his first season, with scepticism; and his new writing policy, with suspicion. However, as Younis announces his new season, it would be fair to say his theatre has blossomed.

Last year, the theatre reported a record £2.56m turnover, with audiences running at 92%. More than half were first-time bookers – a third coming from the theatre’s local community. Half the plays on its main stage were written by women. Half were by BAME (black, Asian and minority ethnic) writers. Other theatres will marvel at such stats.

Now, it’s seeing international success as well. Rory Kinnear’s award-winning debut The Herd , seen at the Bush last year, will be picked up by the American company Steppenwolf in April. Ayad Akhtar’s Disgraced, which had its UK premiere at the Bush in 2013, is already on Broadway with members of the Bush cast in tow. There’s another transatlantic transfer in the works, as well.

That tough start must seem a long time ago. Oh yes, says Younis: “I’ve spoken to a lot of artistic directors that run buildings and they all – without exception – spoke of the difficulty of that first year. You’re trying to create a slate of work, build a team around you and advocate for what you’re doing to your stakeholders and the press. It’s a challenging period of time.”

Younis, 35, with a skyscraper quiff that might keep the hair gel industry afloat on its own, has just announced his new season for next year. Following Caroline Horton’s Islands, a clown show about tax havens that starts the year, Younis will direct The Royale by Marco Ramirez – a freewheeling semi-biographical piece inspired by Jack Johnson, the first black boxer to become world heavyweight champion.

Younis says he’s interested in cultural heroes, and likens Johnson to Jean-Michel Basquiat and Jay Z: “He’s a figure who transcended his sport to speak to the politics and the history of his day.” He hopes to continue “looking at American identity from another vantage point” – a vein of work begun with Disgraced and Cush Jumbo’s Josephine and I.