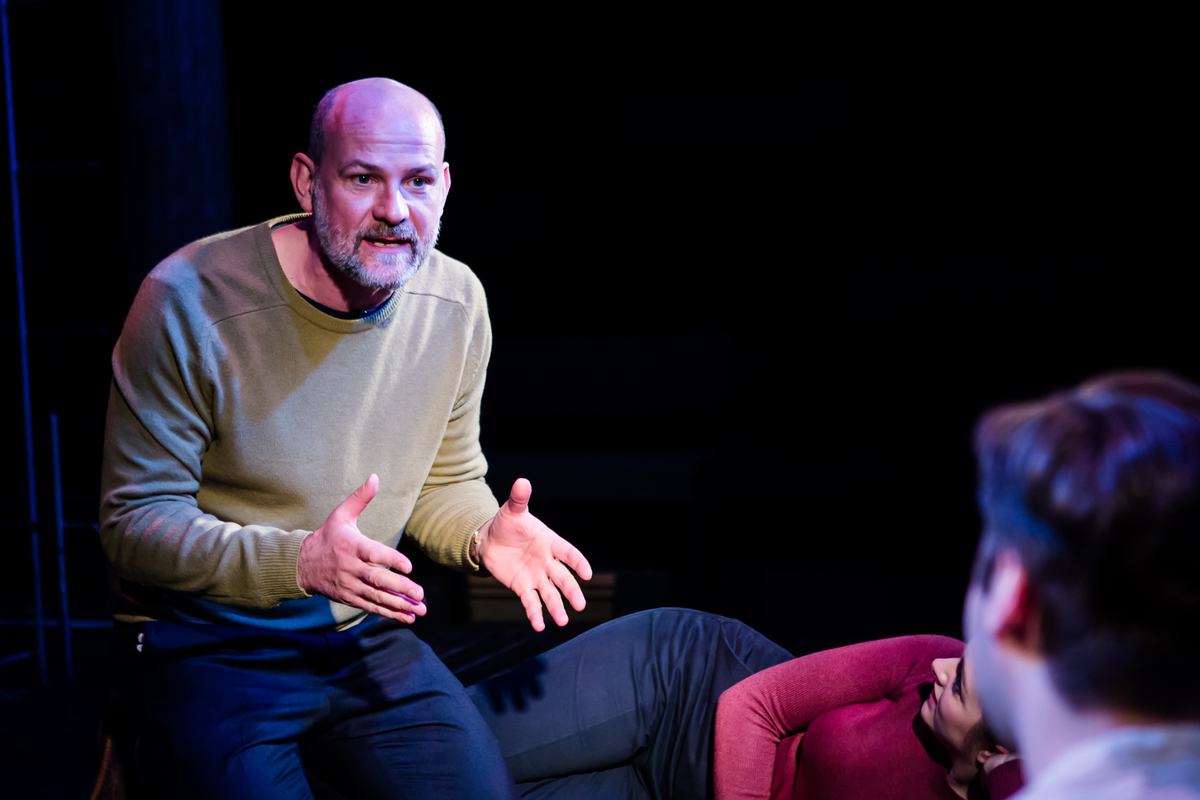 There’s only one week to go until Nick Payne’s Incognito arrives at the Bush and so it seems about the right time to introduce you to the show’s brilliant cast.

We’ve managed to catch them in between performances at HighTide Festival Theatre, Live Theatre up in Newcastle and The North Wall in Oxford – to ask how it’s all going, to see just what they think Incognito is about and to find out why they love it!

First up in the series, we have Paul Hickey:

So Paul, what is Incognito all about?
Incognito weaves together three stories about love, loss and the tenacity of the human spirit. But really it’s about brains!

Can you tell us a bit about the character(s!) you play?
I play six different people in the show:
Thomas Stoltz Harvey, pathologist and alleged brain thief.
Two of Henry Maison’s consultant physicians: the repressed Victor Milner and bubbly Welshman John Williams.
Anthony, a Northern Irishman with a damaged brain.
Otto Nathan, friend and executor to Albert Einstein
and finally, a very distressed man called Richard who does something very horrible.

Have you come across any challenges performing in a play like Incognito?
I found it to be hugely challenging, one of the most difficult things I’ve ever done. Playing six different characters with no costume changes, swapping from one to the other in a split second, yet still making each one distinct and individual. Bloody hell! It’s an actor’s dream really… or nightmare!

What have audience reactions been like so far?
Reactions have been fantastic. Nick Payne doesn’t patronise audiences in any way. The play is funny and engaging and moving, with fantastic characters, but he makes the audience work too. There’s a hell of a lot going on and the audience has to have their wits about them. Incognito is a sort of human Rubik’s cube – audiences seem to love working it out.

How do you think Incognito will work at the Bush?
A sophisticated, theatre literate audience like the Bush’s, up for a roller coaster ride, are gonna love it – I think – I bloody hope so – we’re killing ourselves out there!!