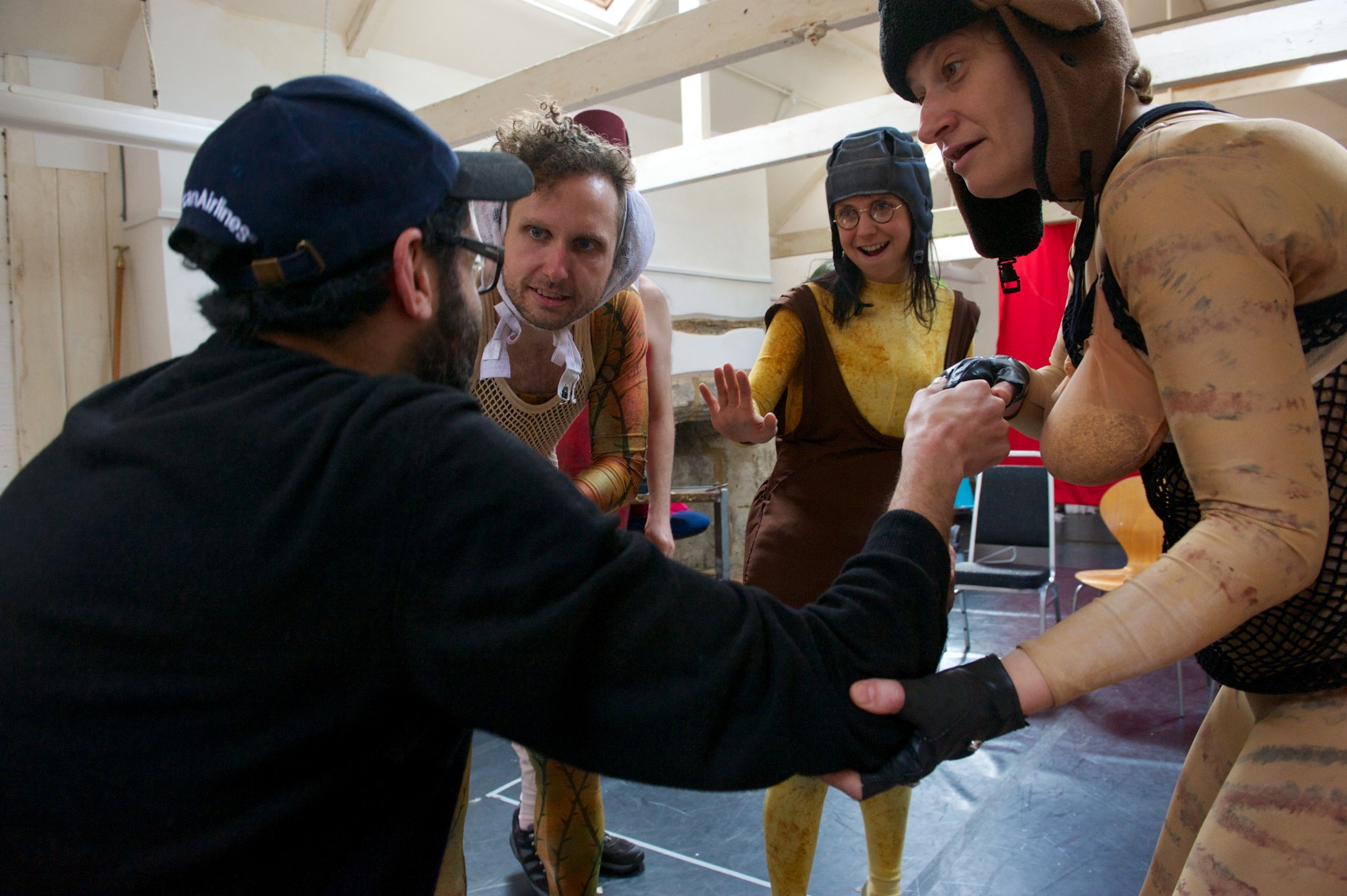 Director of Islands, Omar Elerian, is also a deviser, performer and Associate Director at the Bush. He trained at Jacques Lecoq International Theatre School in Paris. Islands sees Omar re-united with Caroline Horton following their Olivier Award-nominated piece You’re Not Like The Other Girls Chrissy.  Here he tells us a little about the play, his working relationship with Caroline, and how it feels to be directing a main house show at the Bush.

About Islands
Islands is a grotesque and allegorical representation of the greed, cruelty and viciousness on which tax havens thrive. We wanted to represent and denounce in the crudest and bluntest way the extreme violence underlying the activity of offshore financial centres, the corporations and individuals that benefit from them, and the complicity of a system that has not only tolerated them, but helped them to prosper over the years.

Working with Caroline
Caroline and I met while working on her first solo show You’re Not Like the Other Girls Chrissy. We’ve developed a great working relationship since then and, given that we both studied bouffon in Paris at some point during our training, it felt natural to collaborate on a piece that aimed to use that style as a defining element of the narration and performance.

The Making Process
Although Islands is a written play, with a narrative and a structure that have been worked on by the writer, the process to create both the final text and the dramaturgical structure of the show has happened for the most part in the rehearsal room. We have devised with the other performers and taken feedback from different artists, including dramaturgs, directors and even a tax justice activist. It is of course Caroline’s voice and vision that permeates the play, but every line and scene have been nurtured through a collaborative process of trial and error and collective feedback.

Throughout the process and as the project evolved, we also needed to keep an open door for changes – even radical ones – while at the same time honouring the original impulse and urgency that sprung the idea in the first place.

Islands is a dark but extremely funny play, and as with any process, there’s more that has been cut than what actually made it into the play. Mostly for good reasons, of course. For example, I remember spending an evening with Seiriol and John from the cast, in our accommodation in Warwick while on R&D, making up the Atlas of Shitworld, and coming up with at least 35 names of countries. Won’t get into it, but to give you a sense of it, the Atlas was re-named Twatlas…

Directing a play at the Bush
I’ve been working at the Bush for 3 years now, and it is such a privilege to be directing for a building I love and surrounded by a team that is amazingly supportive and familiar. Since the first day I set foot into the auditorium before even working here, I have dreamt of using our pit and as much length and width of the auditorium as possible. It was very natural to think of a similar setting for Islands, a play that needed to break any sort of traditional audience/performer convention in order to exist.

What audiences might take away
I hope people feel intrigued and challenged by both the form and content of the show. We consciously wanted include the audience in a big game, welcoming them to a fantasy world which at moments echoes situations all too familiar, and sometimes goes on a mad crescendo of grotesque humour. And I hope they intercept the loud cry out that Caroline has thrown, against our own society’s complacency and a compliancy to a system that unashamedly abuses of our hopes and aspirations.

Islands runs at the Bush until 21 Feb. To find out more and book tickets click here.