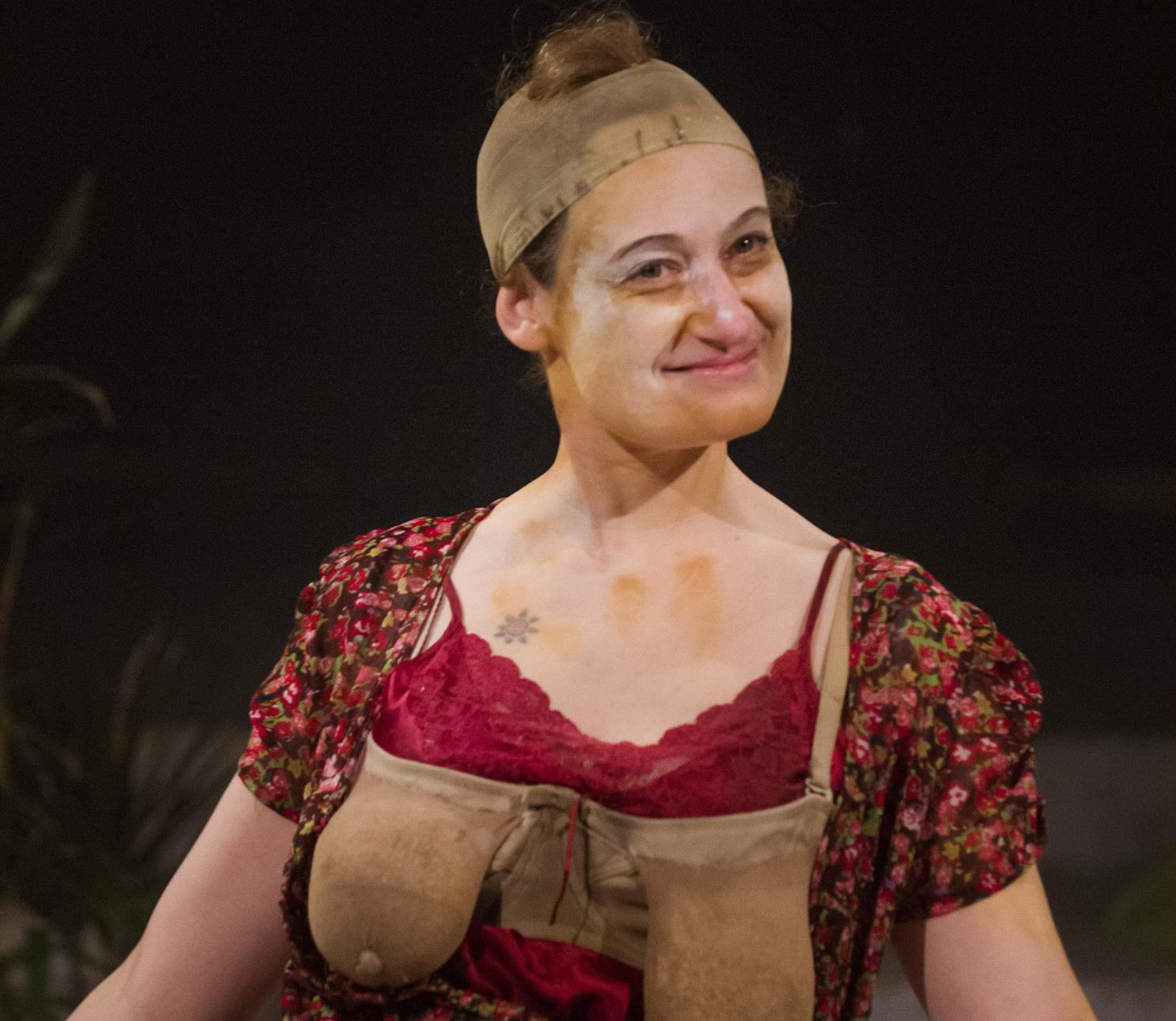 We caught up with founding member of Shunt, Hannah Ringham, who plays Eve in Islands to talk us through the play.

Describe Islands in one sentence
It is a deep dark tragic epic comedy about the dirty world of tax havens.

Tell us about the making process
We played a lot, particularly at the beginning, discovering the world we were in. Later on we became more defined in our characters and in the plot. We met and came back together throughout the process. Each time Caroline brought back a revised version of the script which gradually became clearer and clearer and funnier and funnier and darker and darker. The director Omar and Caroline led the piece and we worked closely with the production team who were a big part of the creative process, exploring sound, space, visual impact as the play developed in its bold form. It has been a hugely generous silly serious warm experience with an amazing team and a deep question of injustice at its core.

What have been the major things you’ve discovered during the making process?
The outrageous nature of Tax Havens.

Favourite moment so far?
We laughed a lot in the creation of this piece, a moment I always love is listening to Caroline and everyone sing ‘Did you forget I’m a god?’ I love the glory and tragedy in this song.

And can you tell us a bit about the character you play?
I play Eve who goes on a journey from innocence and denial to revolution about the injustice of Tax Havens and the super-rich. She is also part of the buffoon gang and is just a part of the telling the story they all tell, as these dark and dirty clowns.

What are you looking forward to about Islands’ run at the Bush?
The warmth and friendliness of everyone in the building. The audience who come to watch.

What do you hope audiences will take away from the play?
I hope they will be stimulated , I hope they will enjoy it and find it disturbing and thought provoking at the same time.

Tax avoiders make their own rules and the consequences are often devastating. Let’s even it up. What rules would you have on your island?
I would magic money into action. So if you make a nice cake I will sing you a song!

Islands runs here at the Bush Theatre until 21 Feb.