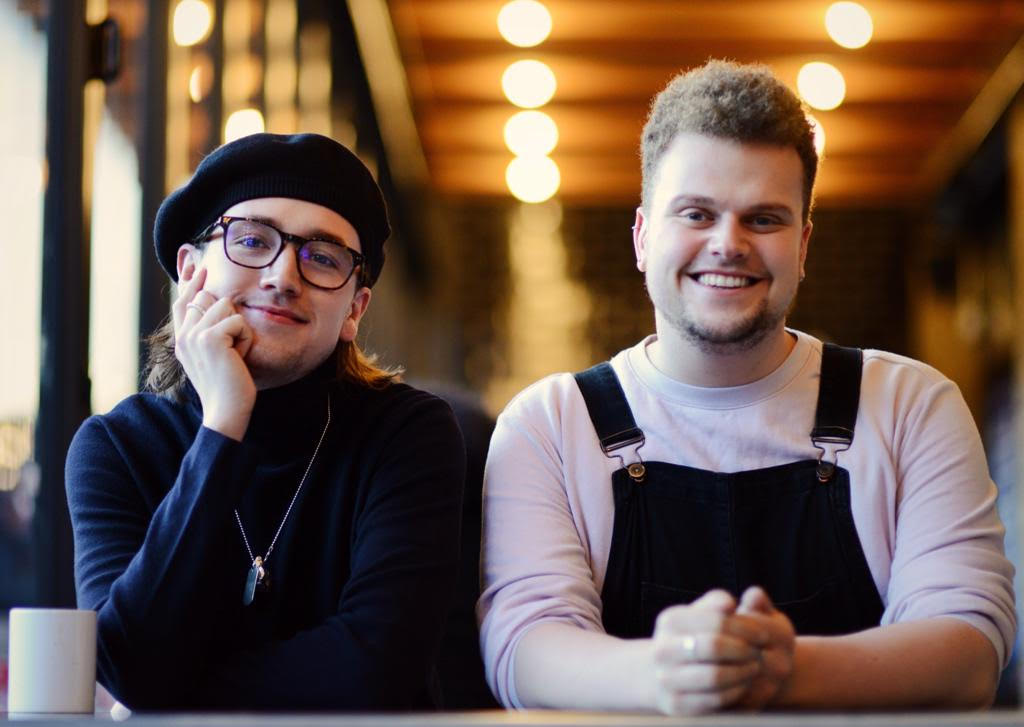 As part of LGBT+ History Month we spoke to Jack Cook and Simon Fraser, founders of brand new theatre company Bloom Theatre, about what inspires them and the work they create to celebrate the weird and wonderful people of the world.

S – Ok! My name is Simon and this is all very new to me. I’m a nice mix of Ukrainian and Scottish so that always gets me nowhere. This one time I was a hair ‘model’ for Toni & Guy which meant my head got bleached and butchered but at least the student passed their exam. I am a practising artist and designer of performance spaces from London, working with a host of varied materials, anything from roofing insulation to yarns of velveteen. I trained in Fine Art at the University of the Arts London where I specialised in photography and site-specific sculpture for four years at Chelsea College of Art and Central St Martins. I made the leap into theatre design about two years ago when my tutor suggested that I consider the change, the day before graduation… Jack invited me to work with him and design the set for his debut play Fast Love last year and since then we both automatically knew we wanted to continue working together, create and showcase stories from the LGBTQ+ community, so ‘Bloom Theatre’ was the next best remedy.

“we want to make theatre that is an escape and is a celebration of everyday pockets of life.”

J – Right, thanks for that. My name is Jack. I’m a writer, born & bred in the North East of England (though the accent has unfortunately evaded me). I studied at Bath Spa University for four years (BA in Drama & an MA in Scriptwriting) and have been living & working in London since 2017. I’ve been lucky to work with some brilliant theatres, such as Theatre 503, The Space, The North Wall Arts Centre & Tristan Bates, where a number of my short plays have been produced. I’m an Associate Artist at Proforça Theatre, having been commissioned to work on two of their Feel More projects at the Lion & Unicorn Theatre. My debut play Fast Love premiered at Theatre 503 in May 2019, before transferring to the Lion & Unicorn in July of the same year.

As Simon said, we worked on Fast Love together last year, having already known each for time before, and Bloom was the next natural step. As a company, we are devoted to the weird & wonderful people of the world and our aim is to celebrate everything that makes us unique and different. While we want to make theatre that can change the world, even slightly, we also want to make theatre that is an escape and is a celebration of everyday pockets of life. 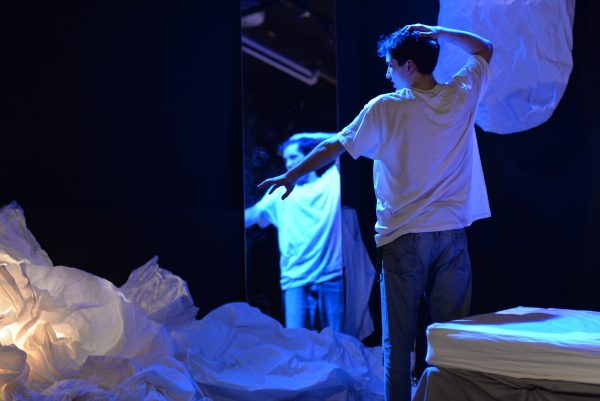 Why did you form Bloom Theatre?

S – ‘Bloom’ came to be because we both know that representation within the community plays a vital part in all the work and collaboration we want to achieve as a company. Also, I think we were listening to the song by Troye Sivan at my flat when we were deciding on names and we’ve both just blossomed from there. I find that most companies are formed of Directors and Actors, so after Fast Love, we both knew that we wanted to continue making work together, branch out as fellow creators, so we thought what could be more powerful than a writer and a designer? Combining that dynamic of pen and potentially actual paper is something we are both really excited to take into the future. As well as presenting possibilities for not only Jack and I but with everyone we work with along the way.

J – We both see things in a very similar way, we’re both visual and aren’t afraid to really push something to the most extreme version of it. As two gay men, we’ve both experienced a lot of the same things and think that’s why we both mesh so well together, both in our personal & professional lives. Whilst we’re not afraid to tell each other ‘that is awful’, we respect each other completely and are genuinely excited by what the other creates.

S – As two white, cis-gendered queer men, we are fully aware of the position and privilege we have, which is why we are reaching out to every corner of this community to bring their and our stories to life.

J – We’ve come up in our careers, so far, seeing companies claim to be this and that, but ultimately presenting a very base level of a small section of the LGBTQ+ community. There are so many interesting, beautiful stories out there from the queer, trans, non-binary, bi, lesbian, disabled humans…we don’t need another topless, chiselled guy on stage for no reason, you know?

What are you working on at the moment?

SAPLINGS, is our flagship new writing event showcasing some of the best LGBTQ+ creative voices out there! This is an event which we hope to continue into the future on a larger scale, to work and meet with wonderful people from our community and build an eclectic network of creators.

From the wise words of a very lovely woman, we focus more on ‘what’s the next step?’ rather than plan months in advance, which is exciting, but then also a lot of voice notes. Saying this, ideas for our next full-length production are in the pipes and cogs are turning, so stay tuned as it may be coming sooner than you think. Without giving too much away, we are adapting one of Jack’s short plays which was produced by Proforça Theatre last year, into a full-length play. It’s epic, it’s cinematic, it’s real-life…it’s gay, so what more could you want? 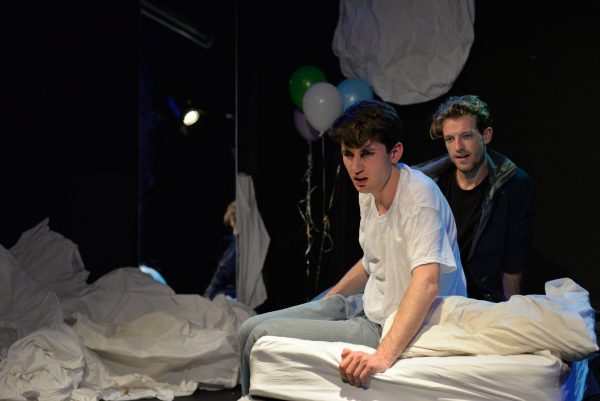 S – What inspires me, is film and classical music. They play a large part with a lot of the work I make or certainly want to make. A good period drama and anything that centres around the natural I’m a sucker for, but Tim Burton/Danny Elfman and Pedro Almodovar are solid frontrunners. The majority of my work is material and image-based, so artists like Andy Goldsworthy and Rosha Yaghmai are big influencers to my work. I am drawn to anything that visually makes me tingle and says ‘that’s clever’ so, Shona Heath’s set design is just sublime. Works by John Macfarlane completely bedazzle me and the romanticism of his staging is an honour to witness… Tchaikovsky, I mean hello?

J – I am inspired by theatre & theatre makers that shake me to my core with their work. Fairview at The Young Vic, Collapsible and Lands at the Bush Theatre and Wolfie at Theatre 503 are probably four of the best plays I’ve seen recently because they just reel you in and then throw everything you thought you knew about theatre out of the window. All four of them sucked the air out of my lungs in the best way. Writer-wise, I am, plot twist, a big fan of queer/LGBTQ+ playwrights. Tony Kushner’s Angels in America, naturally, blew my mind with its boldness, bravery and epicness. This was the play that made me want to get into playwriting. When I read Tom Well Jumpers for Goalposts, I thought to myself ‘I want to write something as epically beautiful as this’. I guess that’s what I’ve been striving for in my work so far; the epicness of Angels with the heart of Goalposts.

Where can we find out more about you?

As with most, we are on all your socials. Twitter, Instagram & Facebook. Alternatively, come and meet us in person on March 7th & 8th at the Lion & Unicorn Theatre for our inaugural SAPLINGS new writing event! Jack is usually squirrelled away writing and you can find Simon in his Dad’s bitterly cold and mouldy garage in the dead of night producing work. Other than that, we are both huge recluses so even meeting with each other can be a task. Just kidding, we are practically joined at the hip so please get in touch as we’d love to meet you.

RT @bushtheatre: Our Local Partnership Scheme is back! We can't wait to announce who our groups are and the artist's they'll be working wi…
🤲🏼Silent Muslimah (Sahera Khan)🎭
@Deaf1Sign 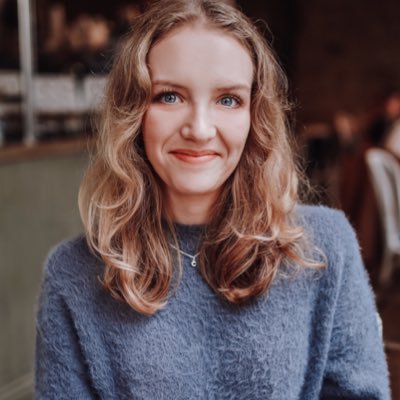