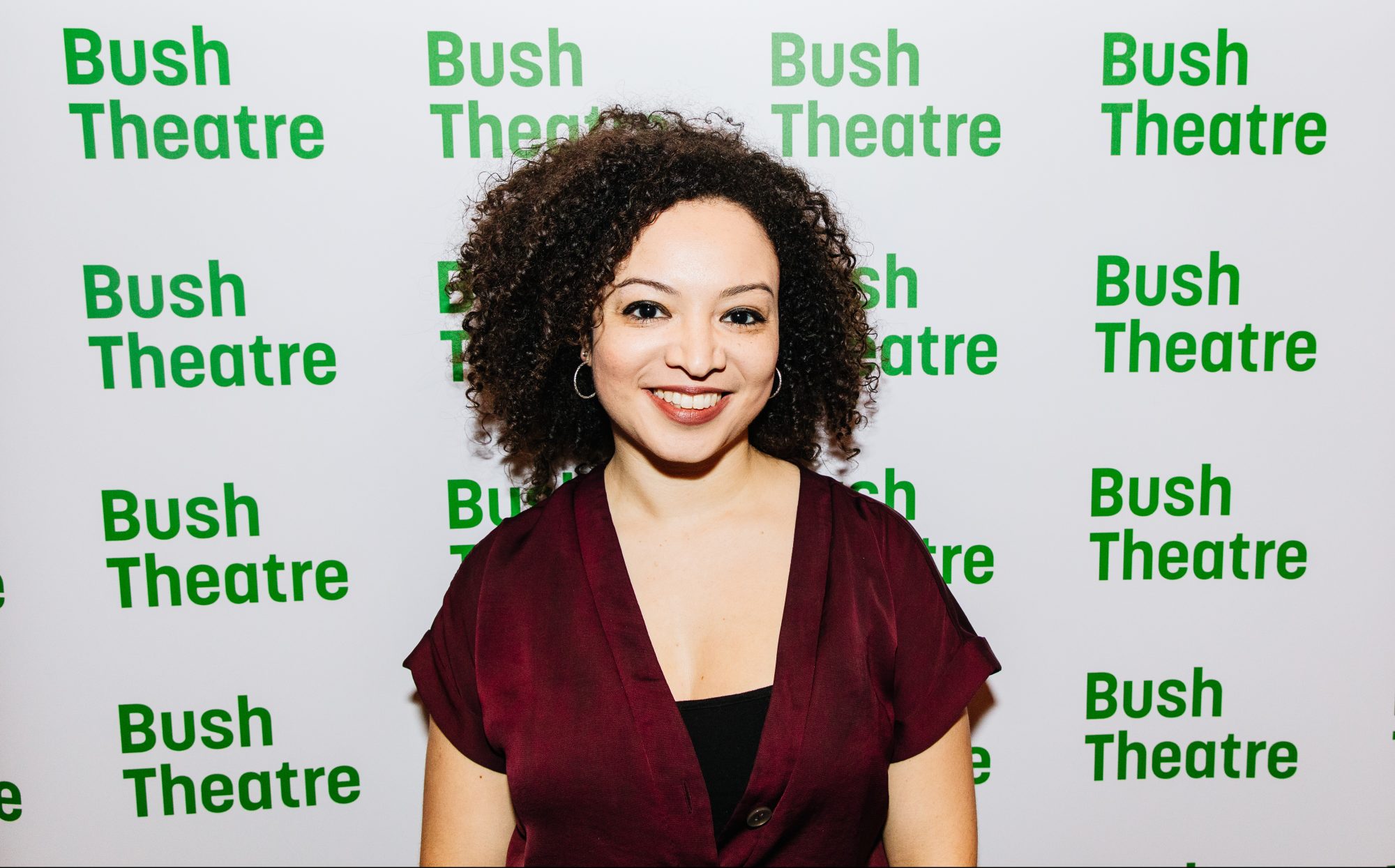 Lynette Linton: “These stories aren’t new. Women of colour have been here all along.”

However there is one important way in which this is not a first. Chiaroscuro is a play about four women of colour who take to the mic to tell their stories – through music, poetry and performance. The conversations these women have about race, sexuality and identity are all vitally important today. But Jackie Kay wrote Chiaroscuro in 1986 for the Theatre of Black Women and she has continued to explore the experiences of queer women and women of colour in many of her more recent works. This is at the heart of why I chose to direct Chiaroscuro as my first play at the Bush. It is also a challenge for me as a director, in its form and structure and that is both terrifying and exciting. I am learning so much every day from everyone in the room and I can’t wait to share what we are creating together.

These stories aren’t new. Women of colour have been here all along. And Chiaroscuro is a crucial opportunity to celebrate the generations of queer women of colour who have come before us.

Equally we aren’t the first venue to have the conversation and I want to acknowledge that. We are standing on the shoulders of giants, and Jackie Kay is one of those giants. Lets celebrate her and all those that came before.

With this in mind I am restaging the piece as a gig-theatre event set in a studio – what better way to celebrate than with a gig! Although this play was written and is set in the 1980s, these stories are timeless and I want audiences to be able to relate with the characters on the stage.

Another decision that was important to me was that the four women should also be playing their own music. The original production had musicians, who were separate to the actors  that performed the music. In our production the actors are the band and will perform their own songs, giving them ownership and power over their roles and their self-expression. This music has been composed by the genius that is Shiloh Coke and trust me… you’re in for a treat.

I hope that Chiaroscuro will be an explosive, iconic gig-theatre experience in which many queer women of colour can see themselves being represented on stage. The conversation doesn’t end here, and we hope the dialogue around queerness and female identity continues through our production of The High Table by Temi Wilkey which opens early next year and also puts a queer black woman at the forefront of the conversation.

Chiaroscuro plays in the Theatre from 31 August