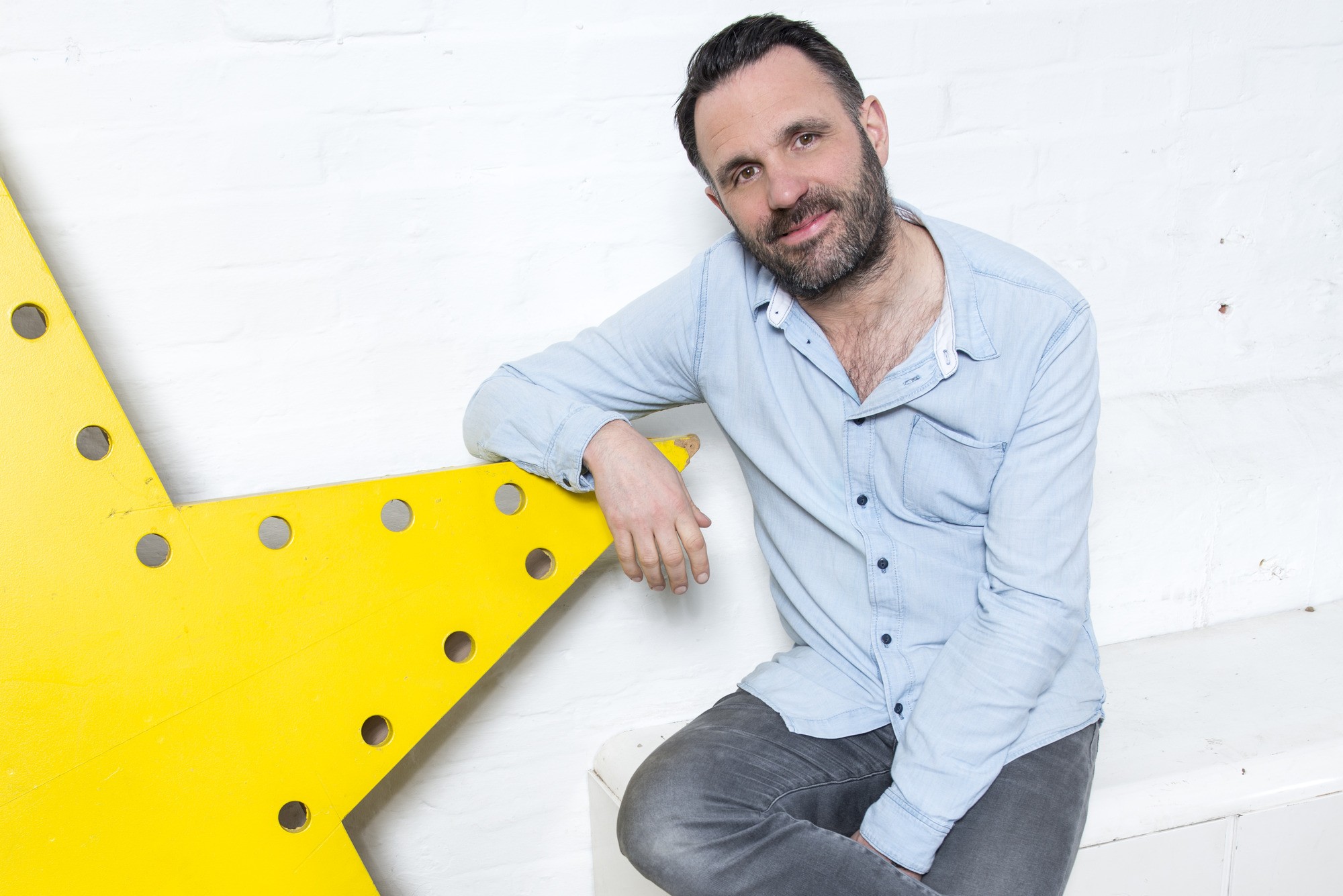 BBC Radio 6 Music presenter Shaun Keaveny spills the beans on his upcoming Comedy Festival show at the Bush Theatre – and warns fans that his ‘weak’ dad jokes will be in full effect.

Lazy lunacy. That’s how 6Music breakfast host Shaun Keaveny describes his craft. Ahead of his appearance at this year’s inaugural Comedy Festival at the Bush Theatre he admits that he’s made a career out of flying by the seat of his pants.

Hammersmith & Fulham Council – in partnership with the Bush Theatre and PBJ Management – is launching the new summer comedy festival on 1-4 June in Shepherd’s Bush.

And to kick things off, the veteran DJ says he’s stepping back in time to lead an old fashioned variety show full of jokes, music and audience participation. Watch out front rows!

“I’ve got some jokes,” Shaun says. “But it’s more of a variety show. I’m subcontracting. Imagine an amateurish version of The David Letterman Show. It’s that kind of vibe. With a disco at the end. And hey, even Letterman didn’t throw in a disco at the end of his show, did he? It’s going to be fun.”

The fact that Keaveny is smiling is impressive. Because just minutes before speaking he’d had his bike nicked outside Great Portland Street station. “I’m bereft! I’m bikeless,” he shrugs. “Nevermind…”

“I’m always very pleased how weirdly non-competitive comedians are with each other.”

But it’s not hard to get him back in the saddle and chuckling again as he admits he’s aiming his Comedy Festival routine at fans of his popular BBC Radio 6 Music breakfast show and his trademark segment, Middle Aged Shout Outs.

“Apparently there are a few fans of my show,” the northern self-deprecating comedian says. “Not a lot. But anyone who enjoys the morning show should really enjoy the Middle Aged Night Out. It was too good a spin off to resist! And I assume it will eventually make me a multi-millionaire.”

If nothing else, his performance will surely incorporate the devil-may-care vibe that he has perfected over the years. “No one in the audience will be safe. It’s all material,” he says with a mischievous smile. 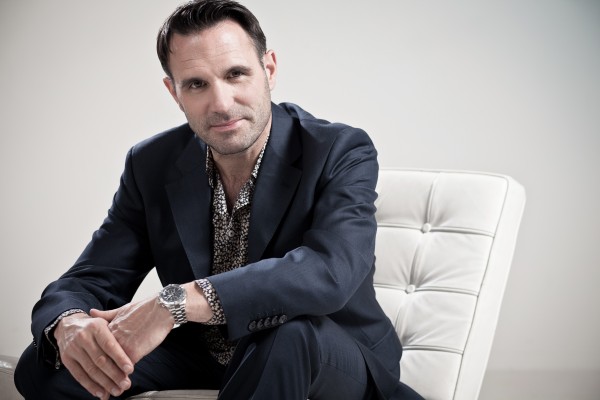 When he’s not under the bright lights, he admits that he’s looking forward to seeing fellow comedian Nina Conti perform. “She’s brilliant,” he says. “And my friend Tim Key is a complete master. I’ll be expectng him to stick me on his guest list, of course. I’ve also worked with Tom Allen before and he’s extremely funny.”

And during the day he’s planning to drag his kids – two boys, ages nine and six – to the free family performances. “If I can get away with it,” he adds.

“I’m the most unfunny person in the world to my kids.”

Do the kids expect you to be funny around the house now that you’ve officially become a stand-up comedian?  “I’m the most unfunny person in the world to my kids,” he admits.

“They definitely don’t laugh very often. I do try. But they are a tough crowd. My dad used to – and still does – make me laugh. He’s always got some great bad dad gags. My kids are mostly unimpressed. Which makes sense as I’ve made a career out of bad dad jokes. Simple as that. Any opportunity for a silly double entendre or a weak joke – the weaker the better, I find! – and I’ll take it.”

He doesn’t sell his skills well. But his laconic style and professional demeanour has worked well enough to keep him on the air at Radio 6 for the past 10 years.

“I realised when I was on stage recently that I’ve never actually been paid for doing stand up. Which makes it technically a hobby. And it’s a hobby that makes me incredibly stressed for about a fortnight before I perform. I should just take up sailing or macramé. But despite the stress I must like it. I keep coming back to it.”

“And hey, even Letterman didn’t throw in a disco at the end of his show, did he? It’s going to be fun.”

The big influences on Shaun’s act are predictable enough given his self-proclaimed middle age status – the BBC comedy legends of the Seventies. “Morecambe & Wise, Tommy Cooper and Dave Allen – they’re the performers who gave any comedian of my age the idea that making people laugh is a good thing,” he says.

“Especially Les Dawson. He wasn’t so much a typical comedian – but he was a master of delivering a facial expression or perfecting a particular way of saying something. He used to floor me in a second!”

And as for his peers, he remarks: “I’m always very pleased how weirdly non-competitive comedians are with each other. It’s a very giving and supportive lot. There’s only one of you at the end of the day. So no matter how funny someone else is there’s always an audience for what you do. Unless you’re really not funny.”

Shepherd’s Bush Comedy Festival runs 1-4 June. For the full list of acts, times and more details of the festival visit the festival page or call our Box Office on 020 8745 5050. To book tickets to see Shaun Keaveny click here.

Interview conducted and originally published by London Borough of Hammersmith and Fulham.