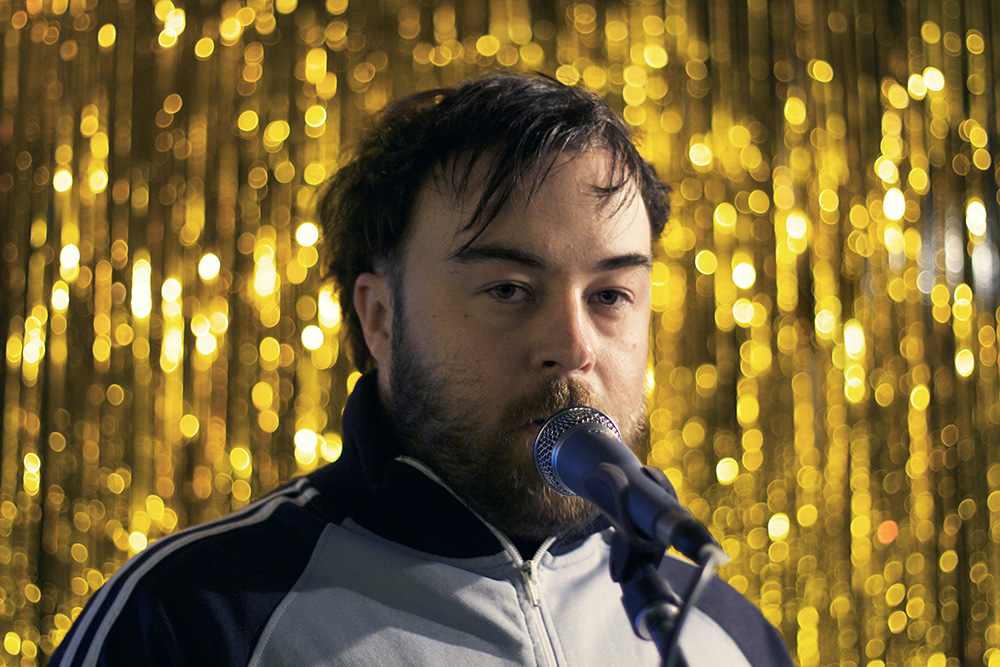 Six years after his play Chapel Street  first played at the Bush Theatre, Luke Barnes is back with the raucous, nostalgic All We Ever Wanted Was Everything. We spoke to Luke about the show.

Can you explain the story of All We Ever Wanted Was Everything?

This is the millennial story. We were promised the world under Tony Blair and graduated into David Cameron’s austerity, forcing us to live in a world of broken dreams, unable to feel like we are enough, and – given the narrative of capitalism – envy everyone else’s lives. This is the story of two millennials in Hull, one rich, one poor, growing up and working out how to live in this disappointing world. 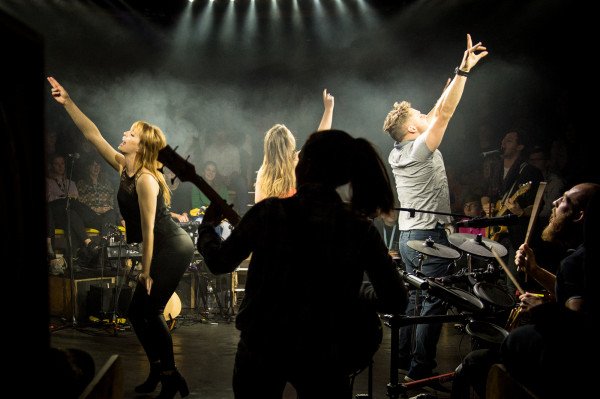 All We Ever Wanted Was Everything at Summerhall, Edinburgh © Wullie Marr

What was the impetus to write this play?

The question at the heart of the project was “what unites us, as a generation, and how can we make an event that is for theatre fans and non-theatre fans?”. We spent a week in a room with theatre makers, DJs, club owners, party people, drug lovers, actors, musicians and people our age discussing what it was that united us. The answer was that we all felt unable to live within our skin. We all felt we were, on some level, failing. We all wished we were someone else, whilst dealing with a certain amount of anxiety that we couldn’t articulate. We felt like we were told we were special and then had a hard time realising that we weren’t. The idea of the play is to make everyone that came across it feel like they weren’t alone in this and to make a rallying call to start living our lives.

Have the events of the last year and an impending Brexit changed the play in any way?

To cite Annegret Marten in her Exeunt review of the show at Edinburgh, there has been a seismic change in our society since the play was written. When it was first performed there was a furious anger about the democratic actions that happened both in the UK and the United States. Misguided Post-Truth and Lies appealing to the emotional sides of people on both sides of the pond which lead to Donald Trump and to Brexit. What’s changed since then? Nothing has changed politically. But the anger has been internalised. It’s been accepted. It’s been normalised. And that is the saddest thing. 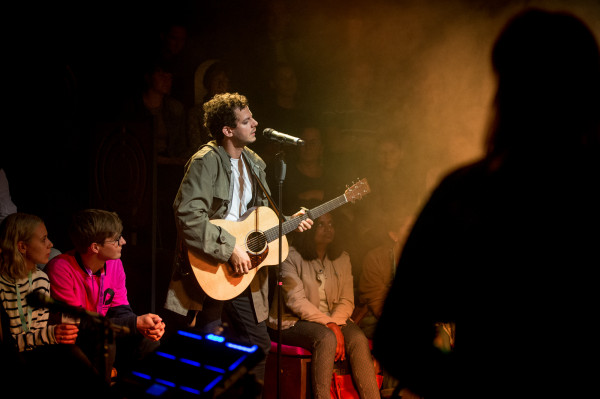 All We Ever Wanted Was Everything at Summerhall, Edinburgh © Wullie Marr

Why did you go for a blend of gig and theatre?

A lot of people make “gig-theatre”. For us it started when we noticed a cultural dissonance between theatre and the popular world. The reason being that lot of people from outside of the theatre fandom, feel that theatre is too long, overpriced, boring, irrelevant, dull, over-intellectual, and happens in buildings that communities don’t feel is theirs. We wanted to make the opposite of that. We want to find a form of theatre for our generation that speaks to us beyond intellect, and can happen in spaces already occupied by the general public. The form of gig-theatre transcends beyond live performance into Soundcloud, phones, YouTube, Spotify etc. allowing us to develop a brand that theatre fans, music fans and people looking for something fun to do can all engage with. We hope that by playing gig-theatre about culturally specific themes, and setting out the rules for the evenings, we can make new audiences feel at home within theatre buildings.

“I hope they feel less alone, more normal, and inspired to live.”

What does it mean to have your play on at the Bush and what excites you about being part of our 2018 season?

I have been coming to the Bush for ten years and I am proud to be a part of a theatre’s season that is serving its immediate community, questioning the form and craft of theatre, and asking the biggest questions of the world. Madani Younis is an Artistic Director that shares the values of me and Middle Child that theatres exist to serve communities; makes them visible; articulating the unsaid and providing a good night out of the highest level of artistic interrogation. Beyond me the Bush has a special significance for Hull and Middle Child. Middle Child’s biggest influence is the Hull Truck Theatre Company founded by Mike Bradwell who went on to run The Bush from 1996 until 2007. The Bush is, in terms of shared history, the natural home for Middle Child.

What do you hope for audiences to take away from your play?

I hope they feel less alone, more normal, and inspired to live.