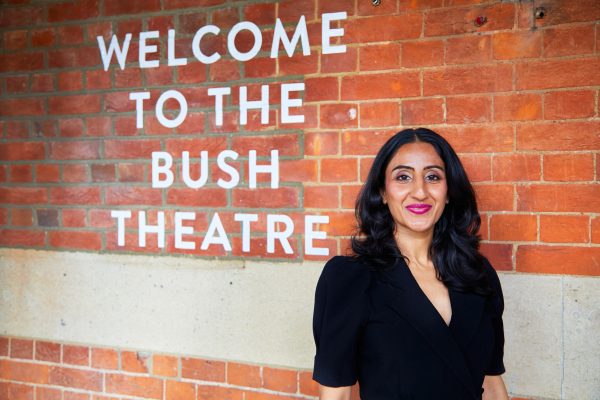 We are delighted that Uzma Hasan will succeed Simon Johnson as Chair of our Board of Trustees with effect from 1 August 2021.

Uzma Hasan is an independent film and TV producer who brings subversive stories to global audiences. She is currently producing the feature film adaptation of Akram Khan’s original ballet Creature directed by Academy Award winner Asif Kapadia (Amy). Her current slate includes projects with Ritesh Batra (The Lunchbox) and Amazon Studios, novelist Nikesh Shukla (The Good Immigrant), and the adaptation of Gautam Malkani’s cult novel Londonstani for the British Film Institute. Previous credits include Nirpal Bhogal’s Firstborn, which she sold to Netflix in a global deal, and The Infidel which spawned a musical and Bollywood remake Dharam Sankat Mein.

Uzma Hasan said “I am delighted to have been appointed Chair of the Bush – a jewel in London’s vibrant theatre scene. The inspired programme of new writing and events is led by the brilliant Artistic Director Lynette Linton and it is a privilege to join her, along with Executive Director Lauren Clancy, the staff, trustees, and audiences. The importance of this theatre as a safe space in which to explore identity, stretch creative potential and free the imagination, is as vital now as it has ever been. The Covid-19 pandemic has affected us in many ways and the Bush, for years a cultural hub at the heart of the local community in Shepherd’s Bush, has a key role to play in rebuilding, healing, and enriching the future. I am looking forward to an exciting journey to come.”

In addition to Little House Productions, Uzma is a non-executive director on the board of public broadcaster Channel 4 and a trustee of Bird’s Eye View, a non-profit that campaigns for gender equality in film. She sits on selection committees and juries for the British Independent Film Awards, Film London and BAFTA.

Before producing independently, Uzma was head of development at Slingshot Productions, with creative and commercial responsibilities across its slate. She has worked across four continents, for independents and studios, with companies including Focus Features, Doha Film Institute, and Tribeca Film Festival on the development, production and exploitation of feature films.

When discussing her appointment, our Artistic Director Lynette Linton said “We are so pleased that Uzma is joining the Bush family at this exciting moment in our history, as we return to live performances following the pandemic and look forward to celebrating the Bush Theatre’s 50th birthday next year. The whole team is excited by Uzma’s passion for new writing and her history of telling unheard stories. Her deep commitment to making lasting change in the lives of our local community through the arts makes her the perfect Chair for the Bush.”

In 2010, Uzma was nominated by HRH Prince’s Trust for a Mosaic Arts & Culture Award; in 2012, she was nominated for the Asian Woman of Achievement Award and became a Women of the Future Ambassador; and in 2013 she was awarded the British Muslim Award for Services to Creativity.

Uzma graduated from University of Wales, Cardiff with first class honours in English Literature and went on to read Film and Literature at Harvard University’s Graduate School of Arts and Sciences where she was a Kennedy Scholar.

Uzma is succeeding Simon Johnson, who is stepping down following six years in the role during which he oversaw the £4.3 million renovation of the theatre building and the hiring of the current Artistic and Executive Directors.

Simon Johnson said, “It’s been an absolute honour to have been the Chair of this wonderful theatre for the last six and a half years. I couldn’t have wished for a better person to succeed me in the Bush family than Uzma who brings her passion and experience for both our art and our mission. I’d like to thank the artists, trustees, supporters, local community and of course the wonderful Bush team, past and present, who have made my journey with this wonderful organisation so rewarding. I would particularly like to recognise Lynette and Lauren, a brilliant partnership who continue to amaze and inspire me through their creativity, ambition, and leadership. Bush Theatre is very special, and it’s been a privilege to witness its impact on art, artists and wider society”. 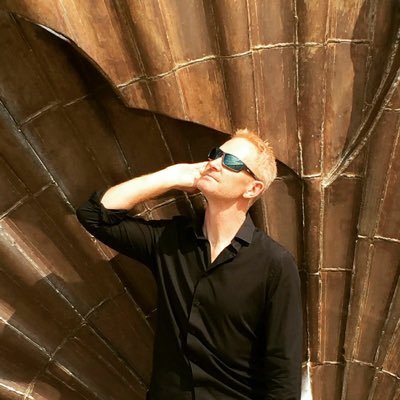 RT @bushtheatre: Really exciting opportunity from our friends at Arvon who are offering twelve early-career playwrights spaces on their ful…
Darcey O'Rourke 💫
@Darcey_ORourke