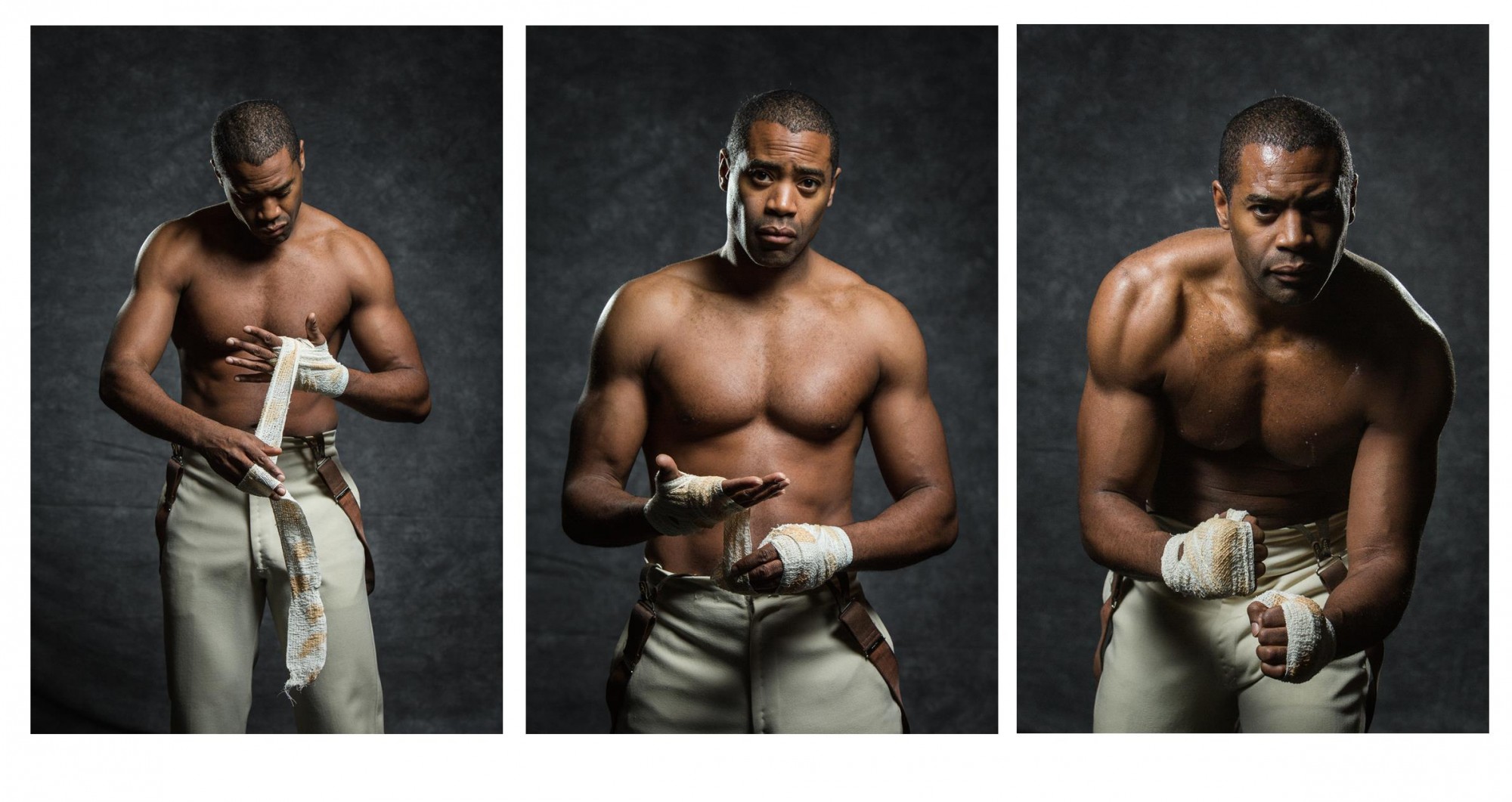 Nicholas Pinnock: ‘I made it clear that I wanted this role.’

The Royale is a sell-out smash hit! Here’s Nicholas Pinnock, who plays the central character Jay ‘The Sport’ Jackson, on what the play means to him.

Can you tell us in your own words what The Royale is about?
The Royale is loosely based on several periods and events in the life of Jack Johnson. The first African-American heavyweight champion of the world.

What did you think the first time you read the play?
I instantly wanted to be a part of this piece. I called my agent and told them to call the casting director and make it clear that I want this role.

Any favourite moments from the rehearsal room?
Yes! Lots. Banter with our director Madani Younis. The movement sessions with Lucie Pankhurst. And all the one liners from the wise sage and great talent Ewan Stewart who plays Max.

What were the major things you discovered during the rehearsal process?
How important it is to have a company of cast members that you can trust. With a piece this intense and stylised, you really need it.

What are you enjoying about being at the Bush?
I’ve never played here before and have heard such good things. I am so glad I can now say I’m a part of that history.

What do you hope audiences will take away from the play?
That’s always a difficult question but I believe it will give them something to think about. Not only the work but the way it’s been put together and performed.

What do you think is at the heart of the play?
Change for the greater good.