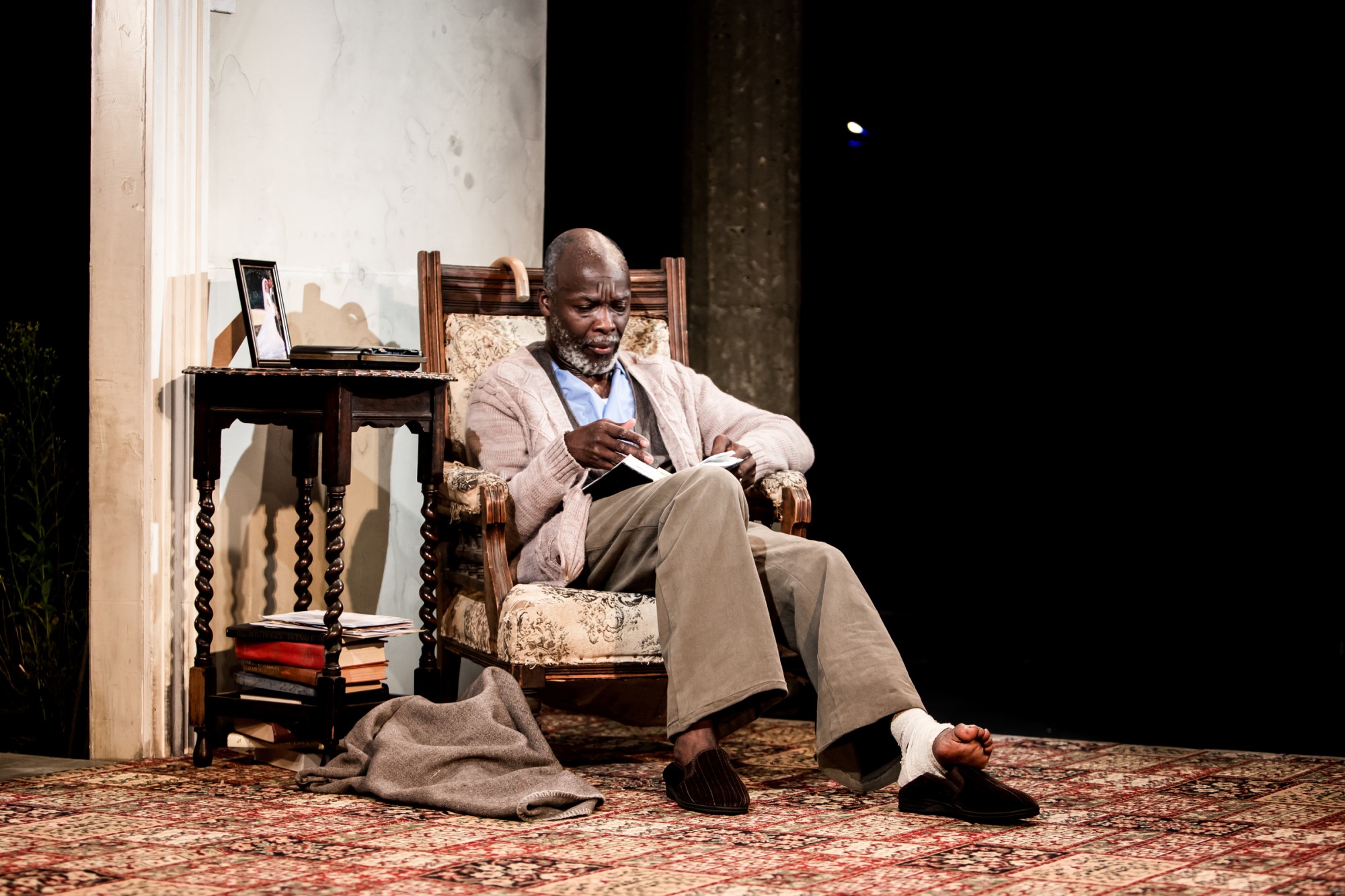 Next up in the series, actor Leo Wringer offers some reflections on his character Eli Gillard.

Eli Gillard is paterfamilias. At the start of the story we learn that he has recently and suddenly lost his wife Grace Gillard – whom he considered to be ‘one great pillar’ in his life, the other great pillar being the Pentecostal church of ‘Christ is Risen’ that he and his late wife founded.

Not only is he grieving for his loss, but he’s also engaged on fighting a terminal illness, in addition he finds himself struggling to assert his once unquestioned authority over a fractious family.

In a nutshell Eli is an autocrat who is losing his physical power, but who finally attains moral, spiritual and emotional clarity when he allows his son back into his life.

It’s hard to say how audiences react to my character as one is busy playing the part(!) but from what I gather many long for him to reconcile with his long absent son Joshua – whom he threw out of the house and his affections years before.

The advice that I would give my character is not to be so single minded in pursuing God and to live a little more in order to be more empathetic.

My favourite moment towards the end of his life, Eli chastises his dysfunctional family – who hold opposing views on religion and the manner in which it should be administered – that ‘goodness is not a competition!’.