When the wheel spins, it’s on the edges that the sparks fly…(i)

Earlier this year I compiled a long publication for the Live Art Development Agency, I See a Fake Moon Rising, some of which thought about live art (and also theatre) and its relationship with public spaces. Of course theatre buildings are public spaces, but I was thinking of the open-access big outdoors: of streets, parks, squares, car parks, woodland, riverbanks, where a performance might catch people by surprise. This work isn’t often reviewed – year after year at the Devoted and Disgruntled gathering, sessions will be called lamenting the lack of respect for street theatre – and when it is seen, critics understandably focus on what’s happening in the centre, on the work itself, and its immediate impact. Since writing that publication, I’ve become increasingly interested in what happens on the periphery: what kind of curiosity the work summons in passers-by, the traces that the work leaves behind.

Inua Ellams’ Midnight Run happens on the streets, and involves elements of performance, but isn’t quite street theatre. It takes its active participants on an escapade through territory at once familiar and strange, a city at night whose common appurtenances – bars and restaurants, laundrettes and corner shops – are given uncommon scrutiny. As part of Dialogue‘s journey within Radar, I decided to tag along with Ellams and his motley crew: to hover at the edges, and see what sparks flew.

In some ways, what happened disappointed me. The people of Shepherd’s Bush were by and large oblivious to or unaffected by the presence of this performance in their midst. By the time I caught up with the MR, the group were in a laundrette, sitting along a bench in front of the dryers, listening to a poetry performance by Yrsa Daley-Ward. The hunched old woman who worked there, so slight and crumpled she might have been made from discarded newspaper, disregarded them and carried on wiping down the glass doors of the washing machines. A drunk man with a bloodshot eye banged on the window, but she ignored him too. After five minutes, two women came in and began folding sheets and baby clothes in the midst of the group. There was something oddly heartening about this scene: life and theatre blurred together. So much so that it wasn’t until the group left the laundrette that I realised the man sitting at the edge of the bench wasn’t a participant. As he began pulling grey and pale-blue T-shirts from the dryer, I asked him what he’d thought of the poetry. “I didn’t really listen,” he admitted. “My English not so good.” What about the women? “I wasn’t really listening because I’m not nosy,” one of them replied briskly. “I’m just here to do my thing.”

Later, the group stood outside a grocery shop, while a job-lot of bananas were bought. The drunk man with the bloodshot eye was in their midst, haranguing them. Passers-by stopped to watch the scene. The drunk man upbraided Inua: “Who do you think you are, some kind of leader? Thinks he’s an ayatollah. Don’t follow him.” The shop attendant laughed indulgently: the guy is no trouble, he assured me, he doesn’t fight. But he certainly attracted more of an audience than The Midnight Run.

“Theatre is not distinct from life.” (iii)

But in other ways, the MR’s subtle impact was delightful. The bananas were eaten in a late-night coffee shop packed with men from the Middle East watching a football game. It’s the kind of place I find fascinating, because inaccessible to women, and also intimidating, because inaccessible to women. Four men stood outside, smoking, laughing: “What is this, Banana Day?” I got chatting to two of them – both meaty six-foot blokes, I felt tiny next to them – about theatre, of all things. Do you go to the Bush? Why not? Aren’t you interested in theatre? Why not? “I have no feeling for it,” the cheerful one told me, clasping his two hands between his stomach and his heart to emphasise his meaning. He and his friends: they’re sports men.

I raced after the group, who had stopped off at the kebaby for dinner. Two men pulled up on bicycles and groaned: oh no! Is that the line? And off they sped to look for an alternative. It was nothing, a momentary disruption – but for a moment chaos glimmered, and that felt like everything.

Participants in the Midnight Run hear poems and stories, stage flash-mobs, engage with history (in Shepherd’s Bush, this was delivered in an African bookshop by the indomitable Rudy Perkins, and took the form of a detailed account of the many pre-slavery black nobles and leaders whose existence has been whitewashed), and write letters to the inhabitants of the local area, celebrating the small details that surround their homes. As I left the group to their late-night postal delivery, it occurred to me that, although I’d kept myself to its outer reaches, the Midnight Run shifted something in me: it made me more attentive, more conscientious, less wary of strangers, more able to approach them. Less suspicious, more kind. If those are the sparks that fly at its edges, I can’t wait to get to its heart.

(i)This painfully brilliant quote is from Margaret Atwood’s appreciation of Doris Lessing, published in the Guardian. I recommend reading all of it.

(ii)This comes from a galvanising speech made by Florence Jumpp, delivered at a Radar Platform event, the night before the Midnight Run. Jumpp’s life was transformed by an organisation called Kids Company that works with disadvantaged children in London and Bristol; she now works for the company herself, and advocates using the arts to help children move away anti-social behaviour and encourage a more positive self-expression.

(iii)This is from a speech by playwright/performer Kieran Hurley, delivered at the same Platform event.

(iv)Although in quote marks, this is a shamelessly inaccurate paraphrase of a One-Minute Manifesto delivered by Lucy Ellinson, again at the same Platform, which set out to describe the world she would like to live in, without using left-wing or indeed any political jargon. 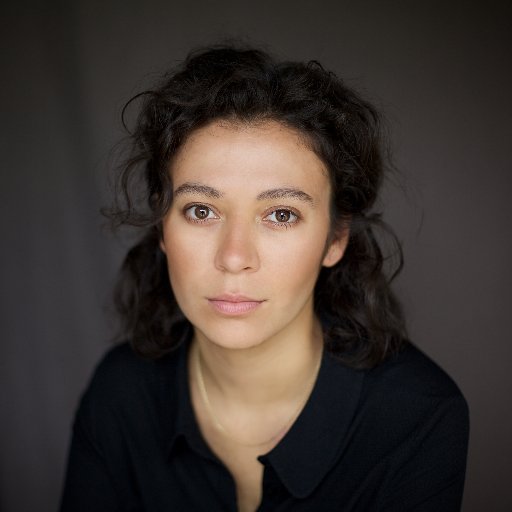 RT @bushtheatre: The Bush office is absolutely buzzing this morning as the submissions continue to pour in. If you are in two minds about…
Beth Kapila
@BethKapila