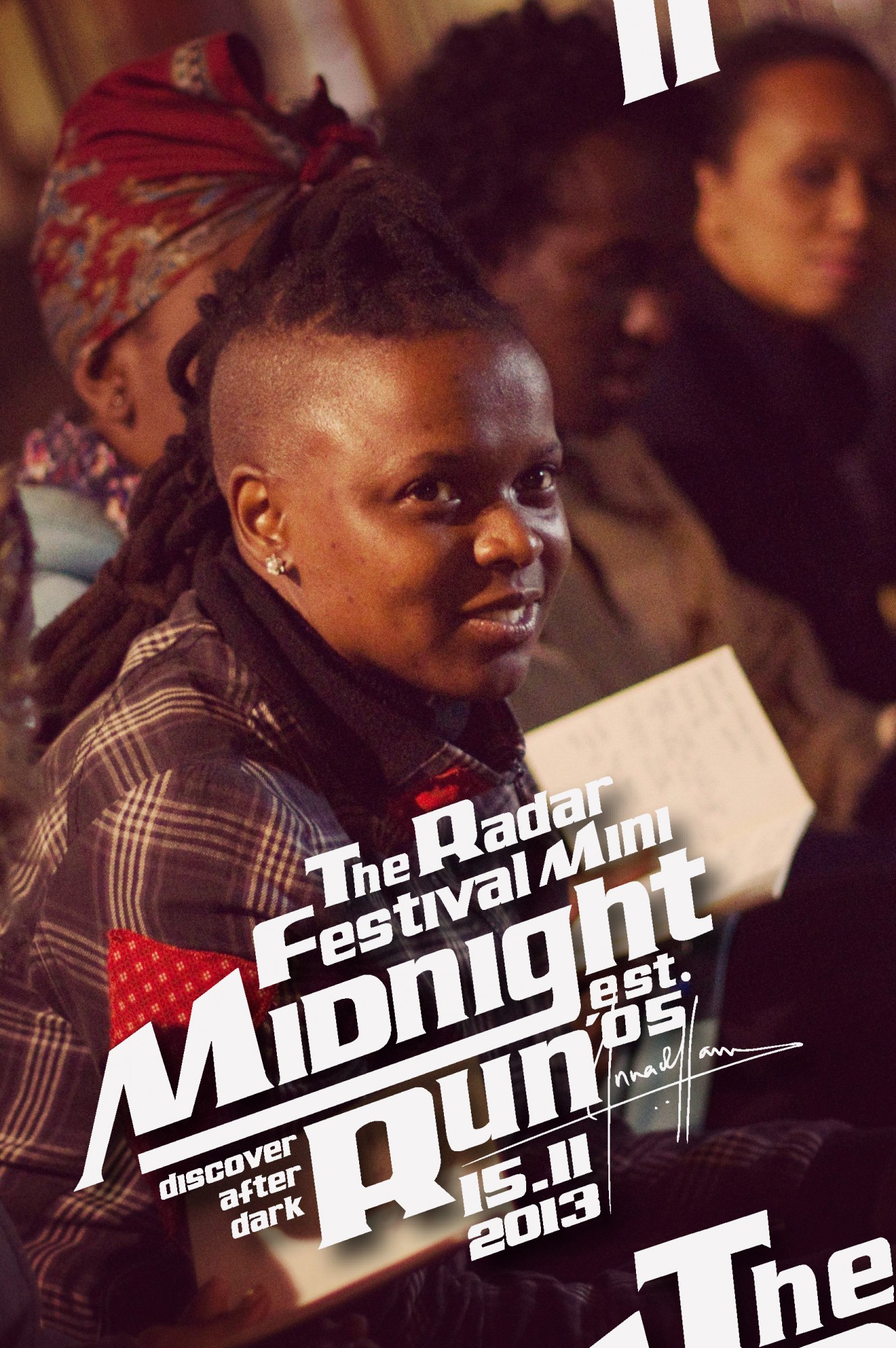 Yesterday we gave you Inua Ellam’s dulcet tones and enviable charm via a podcast of his brilliant speech at RADAR 2013’s Opening Night. Today (you lucky things) we’re posting his RADAR Q&A.

Don’t miss Inua’s Midnight Run, Friday 15 November beginning at the Bush at 5.45pm, here he tells us a little about it…

Tell us about Midnight Run in one sentence.

What questions lies at the heart of the event; what are you asking the audience?

How quickly can you willingly loose your “personal space”?
How free do you feel in your own city?
Tell me three things about yourself, one of them must be a lie.

Boredom and a late running bus 345 on Lavender Hill in 2005. Now, it includes strangers, artists, play and moonlight.

Have you seen the line up? Are you kidding me?

Do you feel your work is inspired by, responding to or reacting against any work from wider culture (films, art, music, etc)? Can you send us something to illustrate your point? Think YouTube videos, music tracks, visual artists etc.

My work is inspired by EVERYTHING in wider culture. It actively works against it, that’s the whole point. To illustrate my point, watch this – imagine.

I am planning bigger, larger runs internationally and looking to build a team around me to publicise and really go global with the simple idea. Besides this, I have a few plays I’m working on, and the eternal quest to rule the world.

“Umi says” by Mos Def, “Get by” by Talib Kweli, “We all Try” by Frank Ocean, “Do what you gotta do” by Nina Simone “Every Step” by Tawiah “One Life” by Eska and Matthew Herbert. Individually, they are glimpses of perfection, to me they are great than the sum of their parts and together, they give a sense of what everything is all about.

All of Inua’s nominations have made the #RADARplaylist, come listen at the bar, suggest your own on twitter, and hang out with the man himself at the Midnight Run.