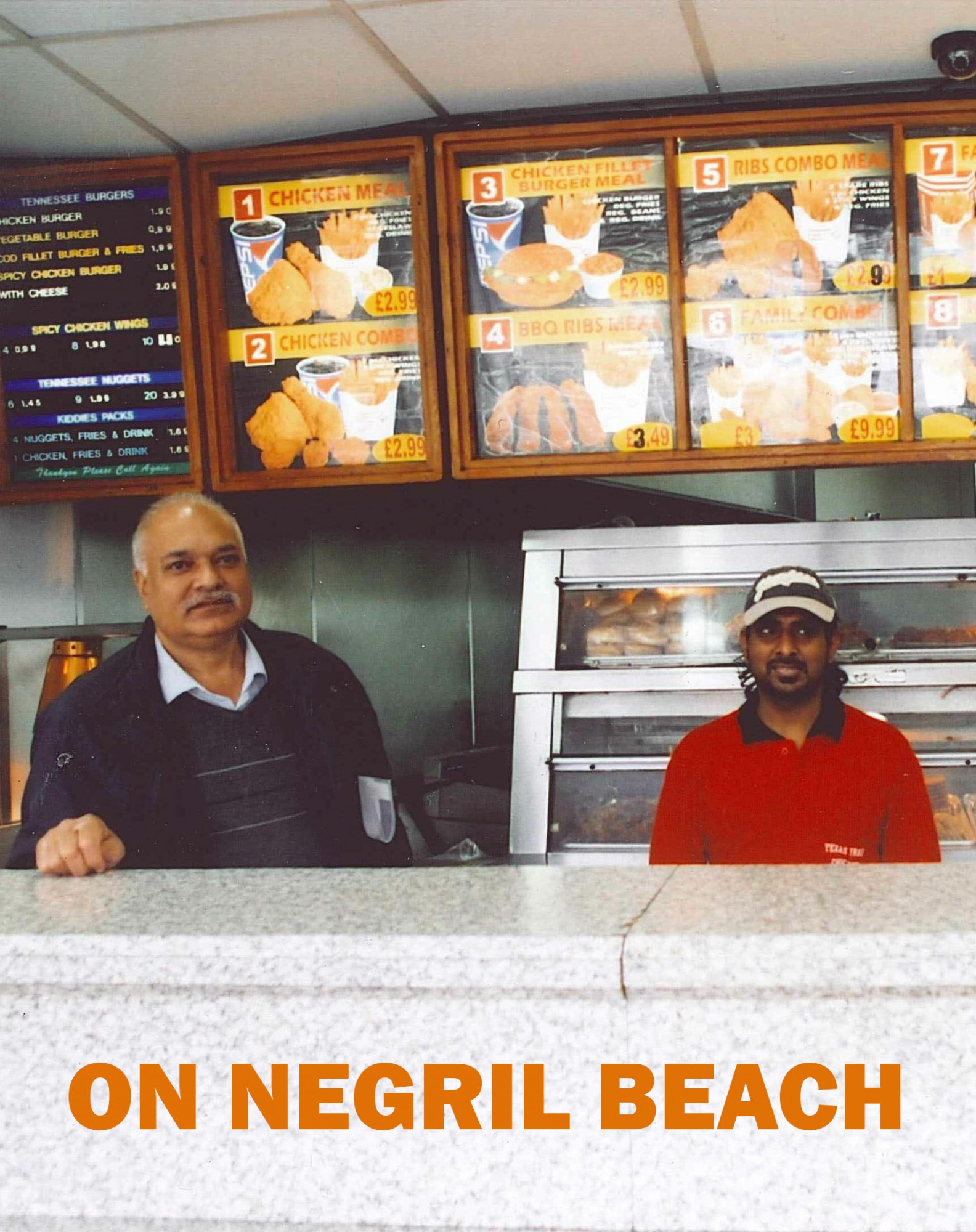 The spirit of RADAR is upon us! We’ve asked our brilliant RADAR artists to join us in a big conversation about the nature of theatre & creativity; what theatre should be confronting; and where inspiration comes from.

We’ll be blogging these conversations everyday in the run up to the festival. First up we had a lovely, funny, and inspirational chat with Nathan Bryon, writer of On Negril Beach, which is featuring as a RADAR Sneak Peek alongside a performance of Chalk Farm on Thursday 14 November, 7.30pm.

Negril Beach, the famous Caribbean shop that the community loves, but are the council going to make them close their doors or will Maude…?

What sparked the idea was the local pie and mash shop on Goldhawk Road which had been open for 109 years. I have lived in Shepherds Bush for 22 years and I had never been in, I had walked past it a million times – my dad told me the council is trying to shut it down and people are campaigning. I am not the biggest fan of pie and mash but I dragged myself there and it was brilliant! It was local, great, simple food for a cheap price.

For me, losing that shop and having to go into Westfield to get some Bouji pie and mash with leek and avocado is not what I am about. I wanted to create a situation that I could relate to and that was my local Caribbean restaurant which I love,Ochi. The thought of Ochi closing down for a Waitrose gives me rage, ha hah, so I created On Negril Beach.

What I have loved so far with RADAR is the experimental-ness (is that a word?) of it. I have been forced to create soooo much work and then trim; you make more and more until you have written the boomest it can be. The Bush have given me an opportunity as a young artist to create in a safe environment. I cannot wait to be in the rehearsal room with the actors and watch it come to life. Don’t get me started on the night of performance I am BUZZZZING, but on the day I will probably be crippled with nerves, ha hah – bit of a roller coaster.

For me whilst I have been writing, I have been jamming to reggae and ska music, literally I sit at my writing desk blazing big tunes from Smiley Culture, The Specials, Toots and the Maytals.

I also had to expand my reggae knowledge and have reached out to people who have given me lists of artists to listen to, so I have just involved myself in this world of music because it relates sooo much to Caribbean culture. In On Negril Beach on the counter they have ‘Grammy’ Maude’s beautiful present from her late father that plays all the tunes in the shop.

I was thinking about this the other day funnily enough and I have not forced myself consciously into this, but community has come to be a very big part of my work as I think that is the route of many problems in our modern society. It is very funny because at the same time I am writing this I am writing a Rastamouse episode which is all about community and ‘making a bad ting good’.

The first song I would have to add is Bob Marley’s One Love. Such a boom song with the most positive vibrations! Once, when I went to Notting Hill Carnival there was a very big fight breaking out in the crowd and the DJ played One Love – no word of a lie – the lads stopped fighting sung along and then when the song ended got back to beating each other, for me that shows the magic that song has.

My next one is The Specials, A Message To You Rudy. This is another song the minute you hear it you just wanna give the person next to you a hug and start shaking a leg, The Specials were such an incredible band and it is a song that to my ears will never get old.