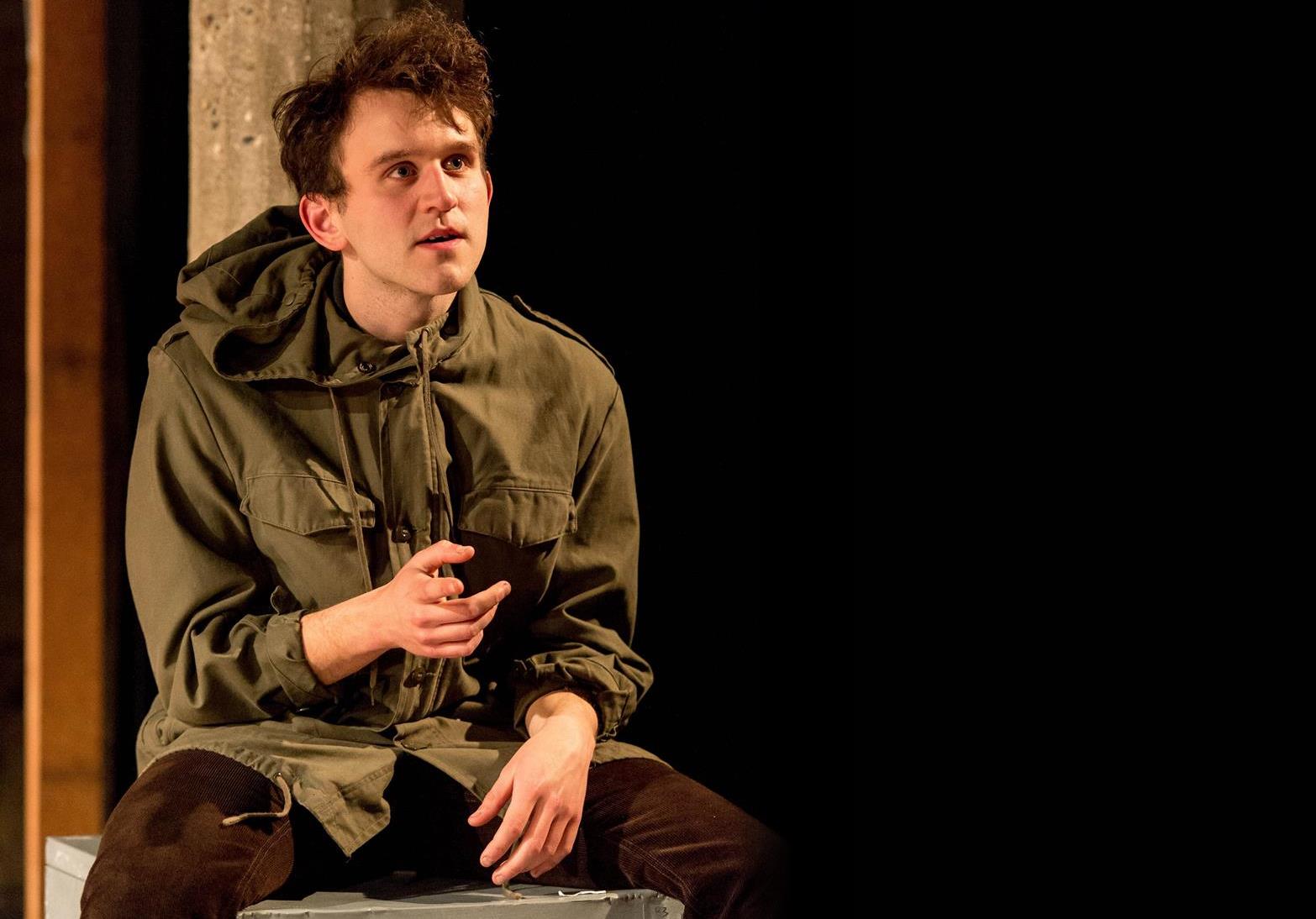 Hello Harry. Could you tell us in your own words what The Angry Brigade is about?

ANARCHY! It’s very much a play of two halves. Or two plays. The most concise way I can think of putting it is it goes from order to chaos, and chaos to order. And I guess the big question that hangs over the play is how do you implement change? How do you change the world we live in, and how you live in it?

Who do you play?

A lot of people… The Commander, Morris, The Prophet, The Snitch, The Manager and finally Jim Greenfield… (I think that’s all).

Harry as The Prophet

Harry as The Commander

What did you think the first time you read the script?

I love James Graham’s writing. His range is extraordinary. He seamlessly drifts between high comedy to, what I think are, very moving beautiful passages. It’s a script that is constantly surprising, fighting expectations, fighting form. I love it when you read or watch something that is ahead of you, where you constantly have to re-evaluate what it’s doing to you. It was a thrilling read.

How would you describe the style of the play?

There are so many styles. Sometimes it feels hard to chart your way through it. You can’t really take responsibility for it. Or try and play it. You just need to play it moment by moment. The style is constantly shifting, so you have to let James’ writing hang it all together.

Had you heard of the Angry Brigade before?

No, I hadn’t. To be honest I don’t think a lot of people have. I think that’s why it makes for such interesting material. I found it amazing that they went under the radar, certainly in the world we live in now they wouldn’t have been able to.

How is a story about a group of young anarchists set over 40 years ago relevant to Britain today following the result of the general election?

Completely relevant. Because NOTHING has changed! Which is terrifying. What the four anarchists talk about in the second half, could be something that me and a friend talk about in the pub tomorrow. There’s a line in the play: “The Tories always get back in…” It’s like Mr Graham knew all along. 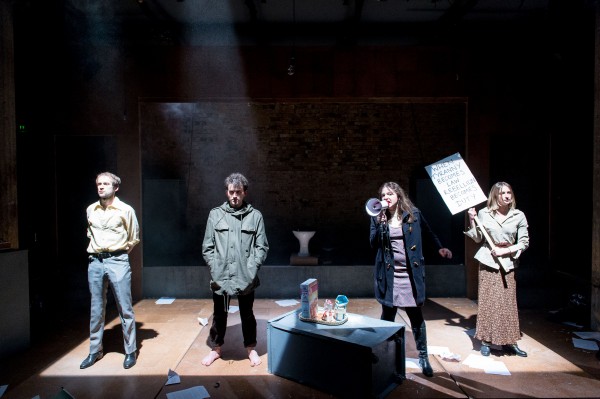 What kind of preparation have you done for your roles?

A lot of research into 70s living. What kind of a world that was, who Jim Greenfield was. I mean the whole rehearsal process could’ve been taken up with research, it’s endless. And fascinating. Then it was trying to get as close to the words as possible. James’ writing is tricky to learn, he constantly shifts thoughts, he takes a lot of detours then comes full circle back to the point you made five pages before. Trying to hold all those thoughts, is both challenging and enjoyable and, I feel, very true to how we articulate ourselves.

What did you most enjoy about the rehearsal process?

I really enjoyed how dependant you are on each actor on stage. It’s very much an ensemble. I found working out those relationships, and what the games are, really exciting to rehearse.

Do you have a favourite line or moment?

“The rapid transit systems that take us to and from our cell homes into the beehive.”

Has the play changed your politics in any way?

I think it has. I think it’s made me want to be more active. I think political change is even harder to spark and ignite in the world we live in now. I think the 70s felt like they were still trying to work it all out, there was room for change, ideas where being found and so therefore were more flexible, you could own them. I think nowadays our politics are so firmly in place. Politicians feel they need answers, not ideas.

How does it feel to be at the Bush?

I’ve always been a huge fan of the Bush. I love the space. It’s both very intimate and quite epic. Which can sometimes be quite confusing in terms of pitch. But to move between the two, especially in terms of the many styles of the play, is perfect for a space that can handle both.

Harry, what makes you angry?

The central line in rush hour – “The rapid transit systems that take us to and from our cell homes into the beehive.”

The Angry Brigade by James Graham runs at the Bush until 13 June. You can find out more about the play and book tickets here.