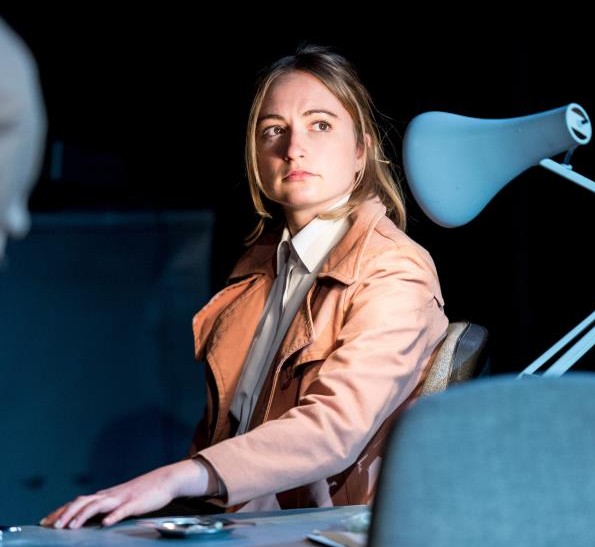 Hello Lizzy. Can you tell us in your own words what The Angry Brigade is about?

Who do you play?

I play Parker, a WPC, and Hilary Creek, one of the Angry Brigade. I also play some smaller roles: The Expert, The Model, and The Girl. 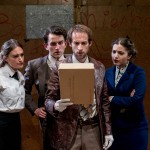 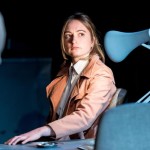 Lizzy as The Girl 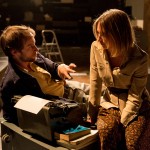 What did you think the first time you read the script?

How have I never heard of the Angry Brigade before!? And then started searching for info on them……

How is a story about a group of young anarchists set over 40 years ago relevant to Britain today following the shock result of the general election?

Insanely relevant. John’s line ‘The Tories always get back in…’ always gets a reaction from the audience. Today though I’m not sure we react to injustice in the same way. We’re a lot more complacent generally I think.

What kind of preparation have you done for your roles?

Researching Hilary wasn’t actually that easy. You can find out plenty of facts about her, but when it came to what she was like it was tricky. All the Brigaders took a vow of silence after they were caught, and the one TV interview we found of Anna and Hilary, Hilary stays almost entirely silent. James encouraged us to find our own way with these people, rather than trying to imitate them.

I’m lucky to have a friend who was an ex-detective in the murder squad. He told some great stories about the gender divide in the police, which was a massive help for Parker.

What did you most enjoy about the rehearsal process?

There really was an ‘anything goes’ policy in the rehearsal room. We could be as free as we wanted, suggest what we wanted and often made complete fools of ourselves. Luckily we all did, so there was no embarrassment (well almost none).

Do you have a favourite line or moment?

My favourite moment in the play is the final scene between Anna and Jim. I love watching that from the side of the stage. I think that speaks to me the most. I love watching how the audience react to that scene as well. Especially if they are watching with their partner. It’s scarily accurate and James has captured relationship politics beautifully.

Has the play changed your politics in any way?

It’s probably made me more passionate and certainly more clued up. Rehearsing during the lead up to the campaign was wonderful.

How does it feel to be at the Bush?

Working at the Bush is a great honour. This is where brave new writing takes off, and you only need to look at the bookshelves to see how many amazing plays have come before.

What makes you angry?

This is tough, as I don’t think I’m a particularly angry person. But I think what riles me the most is deception of any kind. Whether that be on a world wide scale or something very personal. Someone purposely and knowingly lying or deceiving another.
(Oh and people that don’t move down inside the bus obviously. I am a Londoner after all.)

You only have one week left to catch The Angry Brigade by James Graham here at the Bush – it must end Saturday 13 June. You can buy tickets here.