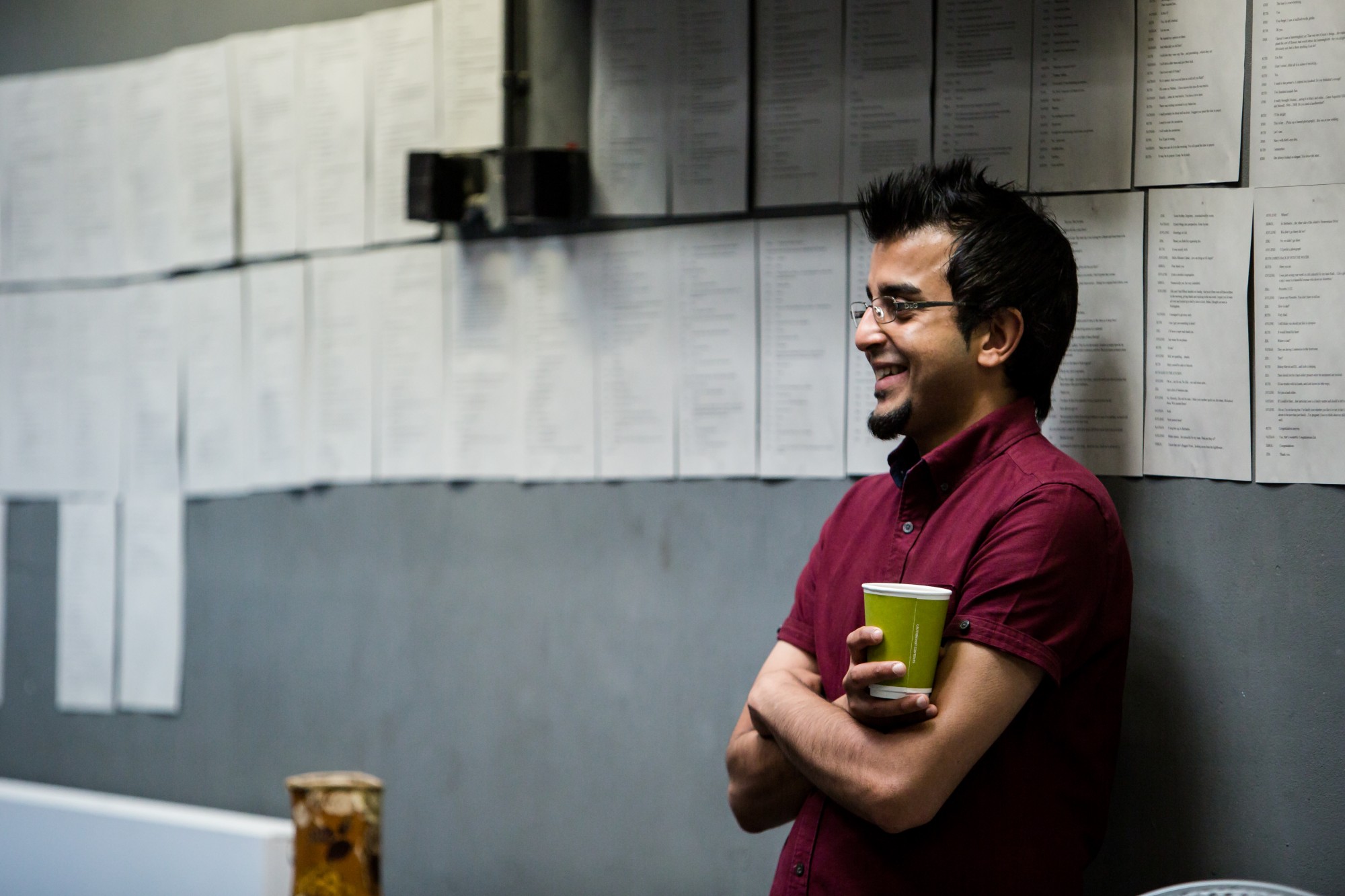 The Royale | Dispatches from the rehearsal room #1

Week one of rehearsals for The Royale.

Madani Younis, director of the play and Artistic Director of the Bush Theatre, is quietly eating his lunch in the Bush kitchen when rudely interrupted by BushGreen popping in to badger him about his first week in rehearsals…

What excites you about the play?
It’s exciting to see another version of America told by a writer who speaks to – and of – a cultural experience that isn’t necessarily the culture he’s from or was born into.

Any major discoveries so far?
We made some really good discoveries around sound in rehearsal this week. There is a lot of clapping in the play that symbolises all manner of things. We’ve been playing around so that sound is amplified in our space and yet still retains the magic of its organic nature. It gives it an epic nature that is really exciting.

Any other revelations?
Rick, our voice coach, was in. He’s an American guy who made a really interesting point that there is a standard American accent that we all know – we understand there’s a Southern accent and a Boston accent and so forth; but actually the black American accent is so different. You have to see it from another historical perspective – from where these men and women come from. All of the actors were so pleased that he spoke specifically to this. It was a real revelation. Not that we hadn’t thought about [those nuances] before, but for it to be articulated like that was inspiring.

Have you had any other creatives in the rehearsal room?
Lucie, our Movement Director, ran a session on Friday morning which was so great that the actors applauded her at the end. I mean, they don’t applaud me at the end of my sessions…

Final thoughts? We’re worried that your lunch is getting cold.
An aside in all of this is just how physically demanding this piece is. Getting the actors to move and speak – which is something that we don’t normally see boxers do – is a massive ask. It’s like trying to have a conversation when you’re running – y’know – no one wants to have a conversation when they’re running.

And with that we let our Artistic Director return to his lunch. Tune in next week for more dispatches from the rehearsal room. You can find out more about The Royale and book tickets here.