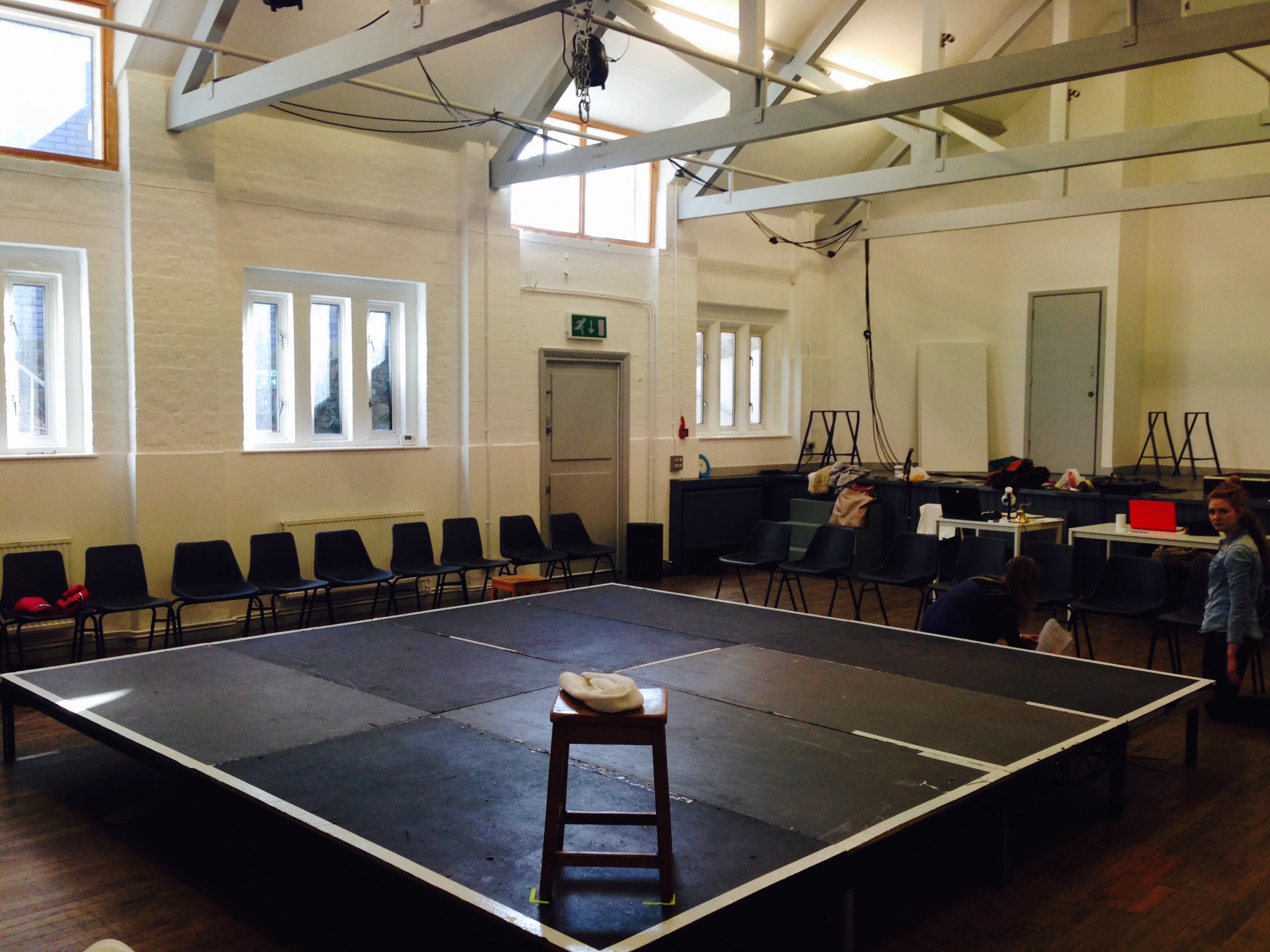 The Royale | Dispatches from the rehearsal room #2

Week three of rehearsals for The Royale

So we’re now in week 3 and we’ve spent a great deal of time looking at the fight and movement sequences in The Royale and actually the company have been amazing at committing a lot of time to making these poetic moments of the play, in terms of both movement and language, really stand out.

Moving into this rehearsal space has been hugely important – being able to see the show on all four sides has been a very practical part of the process [The Royale is to be staged in the round – our whole auditorium is being transformed into a boxing ring]. It’s been nice to really begin to map out what the dynamics of the space look like, and also how the rhythms of the scenes are affected when introducing props and sound.

The actors have been doing a lot of boxing training outside of the rehearsal room and this week has been about bringing this individual work together with the other elements of sound and the text. Which has been amazing.

Finally we’ve been really excited by the trailer, it feels like a really good artistic response to what has been happening in the room.

You can find out more about The Royale and book tickets here.