The Uxbridge Road, by Hanif Kureishi

Our little patch of the Uxbridge Road is the true star of our upcoming season of new plays, This Place We Know. It’s also the star of this extract from a piece, originally published in the Financial Times, by playwright, screenwriter, filmmaker and novelist Hanif Kureishi.

A city that has lost its loucheness has lost almost everything, and we were proud to say, “they’ll never gentrify the Bush”. For a long time they didn’t. Shepherd’s Bush’s disarray and ugliness were surely ingrained and ineradicable. But even this area, made famous by Steptoe and Son, and the Who’s Quadrophenia — and where Charles Dickens opened a house for “fallen” women — is starting, in the part that drifts towards Hammersmith, to resemble a minor futuristic Manhattan, with gyms, blank towers, and blank, discouraged workers.

And yet: one unforgettable night not long ago, further north, on the Green, we paid £12 to go into the Shepherd’s Bush Empire to watch Prince play for three hours, one hour of which was in the dark, as he sang alone at the piano. Recently we saw Bloc Party tearing apart the Bush Hall. And, luckily, around the corner, parts of the Goldhawk Road, and a good deal of the Uxbridge Road — a wide street, one of the longest in London — have stuck to the magic recipe.

A babel, if not menagerie, of Polish, Somali, Syrian, Afghani, Arab cultures — and a sufficient mix of dereliction and danger: my youngest son says you don’t even notice the fights — it is a uniquely mixed part of London where people use the street as their office. A Thai restaurant, Lebanese bakery, hijab shop, Polish deli, mosque and the lovely Bush Hall Dining Rooms sit side by side. Sometimes I wonder if I’m the only English speaker in this city. You could be in the Third World. This is nowhere and everywhere, and an exceptional experiment.

Bustle, noise and new people every day: this district is what a city should be. A frenzy of communities and of individuals, if not eccentrics; a place that thrives on change, and where you can be who you want to be. Freedom counts for a lot in these turbulent days. Mind you don’t lose your faith in other people.

This is an extract from an article by Hanif Kureishi originally published in the Financial Times on 1 July 2016. You can read the full piece here. 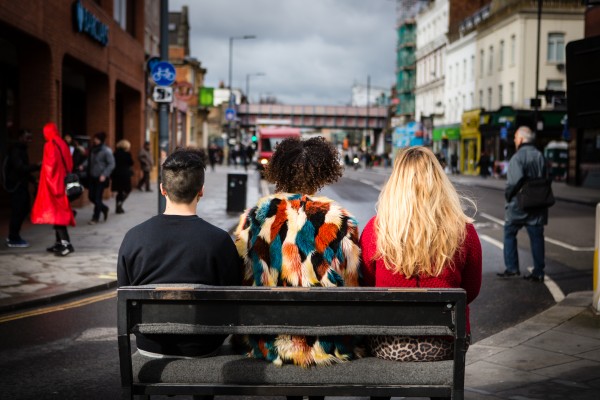 This Place We Know runs from 26 September to 15 October in various venues along the Uxbridge Road. You can find out more and book tickets here.