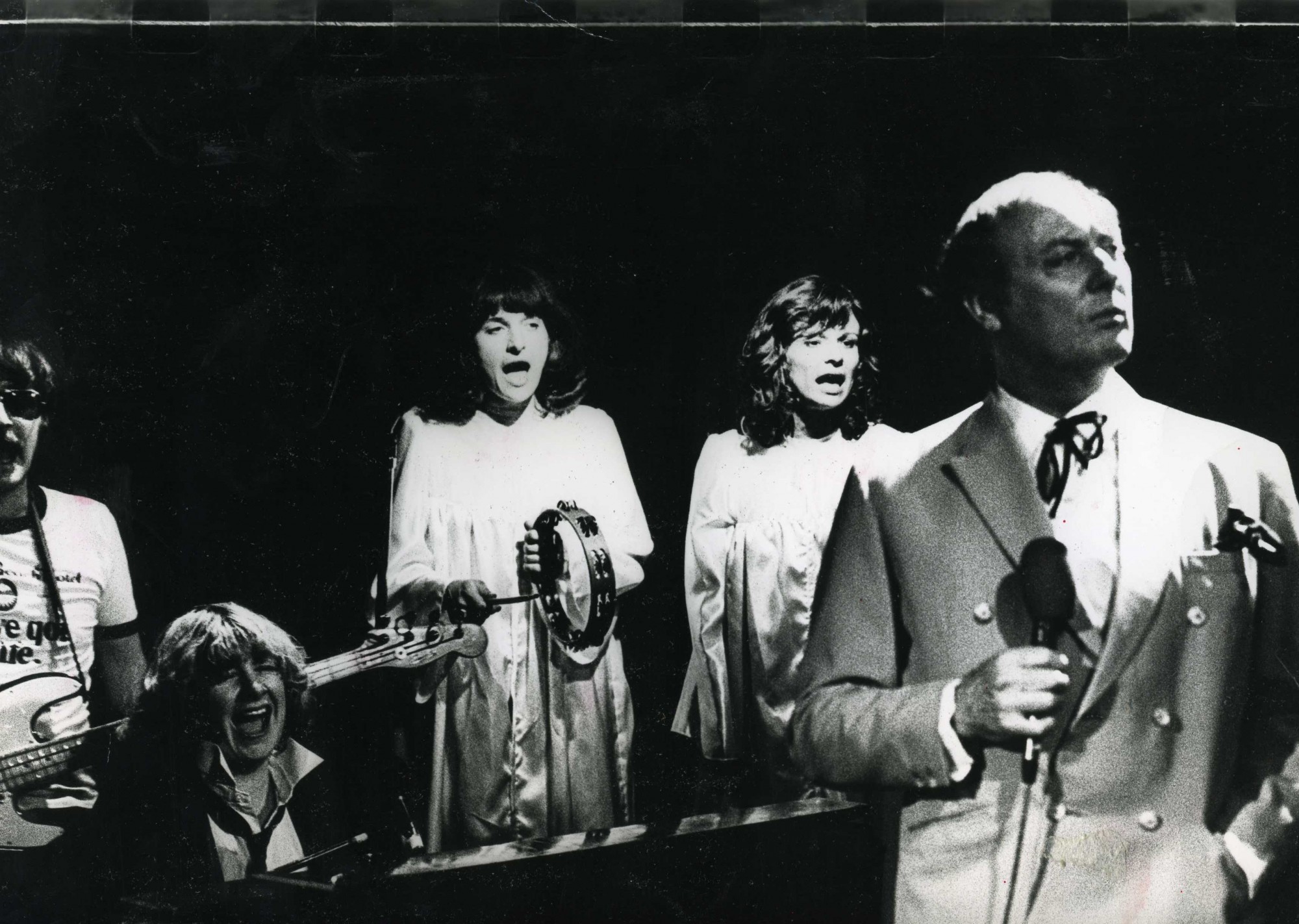 The news of the death of Victoria Wood was met with deep sadness by the Bush team on Wednesday afternoon. As we gathered ourselves and read through the tributes flying out, we quickly began to smile and then laugh. Because, as many commentators have said, you can’t really remember Victoria without quoting her and you can’t quote her without laughing.

We tweeted a picture of her on stage in our tiny room above a pub in 1978. It is in the Bush’s collective memory that this is where she first met her great collaborator Julie Walters, and we said this too.

We are so sad to hear that Victoria Wood has died. It was in our tiny room above a pub she met Julie Walters in ’78. pic.twitter.com/ND5KcJsO2Q

We wanted to look more deeply at how they met, whether it really was here and not at Manchester Polytechnic as many newspapers were reporting and so we had a look through Close-Up Magic, a book released to mark our 40th anniversary and found this from Julie Walters:

It is 32 years since I worked at the Bush Theatre, so my memories are somewhat sporadic. The show was to be called In at the Death, and some might say the audience were exactly that on some nights. It was a series of playlets (we were instructed not to call them sketches) written by such luminaries as Snoo Wilson, Ken Campbell, Nigel Baldwin, Ron Hutchinson, Nigel Williams, Dusty Hughes, and a young woman I’d never heard of before called Victoria Wood.

Aha! We then listened to Victoria’s wonderful 2007 Desert Island Discs where she talks about auditioning at Manchester Poly and recalls one of the students showing people in and out of rooms with a clipboard was “this really odd looking, very small girl with very small eyes, and tons of brown hair who was really funny”, but, she says:

That was the end of the story, I didn’t get in to Manchester Poly, and I didn’t know who she was. And then 7 years later I was in a meeting about doing a revue at the Bush Theatre and there was another girl there with a lot of brown hair and very small eyes, being very funny, and we got talking and then suddenly did this massive double-take. And I’d always thought about her, I thought about her in the intervening 7 years and we just clicked really.

Julie says the same: that they bonded instantly. She tells a hilarious story about the two of them hanging out of the window above the entrance to the Bush and spotting Harold Pinter standing at a bus stop.

On a bubble of excitement I screeched down,

‘Hey Harold, hello! Hello there!… You write plays don’t you?’ He looked up blankly.

‘You’re a writer, we could do with one of those up here!’

after which he promptly turned his back. My cheeks are burning as I remember it.

So the Bush really did have a small part to play in the beginnings of one of the funniest, warmest, collaborations in British comedy. Although we’re sure they would have met without us. They were meant to be.

It wasn’t just this we discovered; we were astonished to hear in her Desert Island Discs Victoria say that it was at the Bush she wrote her first joke.

I was writing a sketch for a show at the Bush Theatre with Julie Walters and I just suddenly found the way that you construct a sentence so the audience have to respond with a laugh at the end. Once you find that I think you’re home free.

We hope you’re free now Victoria. We’re thinking of you, of Julie, and of your family and friends, at this very difficult time.