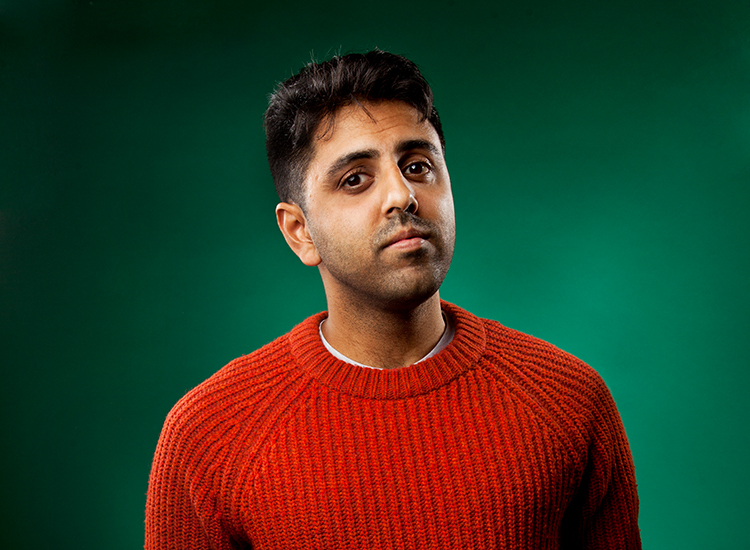 Vinay Patel looks back on his Adventure

With An Adventure closing this weekend, it’s writer, Vinay Patel, reflects on the way the show has changed him

There are three audience reactions that sum up how I have felt about the run of An Adventure.

1) Receiving an anonymous letter at the Bush from someone of Puerto Rican descent, telling me that the play made them appreciate and feel closer to their grandparents in America. This was gratitude.

2) A school group – who I admit I was worried would struggle sitting through a three hour play – investing in it so fully that the audience around them were smiling at their fulsome reactions. This was delight.

3) An old Asian man coming to a matinee on a whim after deciding Anthony and Cleopatra at the National Theatre was too expensive. He told me after that he had never expected to see his life on stage and that he was proud to say, after all these years, after all his struggles to find a place for himself in the world, that this country was his home. This was me crying on a Wednesday afternoon without the aid of alcohol.

I’m bringing these up because the thing no-one tells you about having a play on is how emotionally intense it is. Not just at the start, through the sleeplessness of previews and terror of press night, but across the whole run. Partly this is because I drew on personal connections to make it, partly it’s because you internalise those audience reactions and sit with them, partly it’s coming in to say thank you to friends and family night after night, but mostly it’s just the fact that there’s a significant chunk of your soul sitting out on a bare stage every day for weeks on end for all to judge. Even if you’re not in to see the show, you know it’s happening.

Some life coincidences made that intensity particularly acute. The play’s run coincided with my sister’s wedding, where the photos of deceased relatives – two grandparents and my mother – were given pride of place. It made me consider the narrative relationship between the dead and the living. In particular, I wonder what my mum – a woman I never got to know –  would’ve made of my writing –  a fictionalised version both of the woman she was and the woman she might’ve become. Grappling with that question was at first troubling, but eventually cathartic.

“I wish there was a tiny pocket universe in which this production was running forever, so that I could pop into it now and then as I grow old, and sit with it and smile”

In fact, every bit of putting this play together has had a cathartic element to it, because of it being the culmination of a long relationship with the Bush. It’s a relationship that started with me scratching the first ten minutes of what would become my first play on the Bush stage in 2012, which moved on to that show (True Brits) playing for three nights on the same stage in 2014, on to a commission in 2015 and now this – my first big stage play and Madani’s last at the Bush. In the time we’ve worked on this, the world feels like it’s become less certain and I feel less certain too. That is, except, whenever I’m in watching the play. 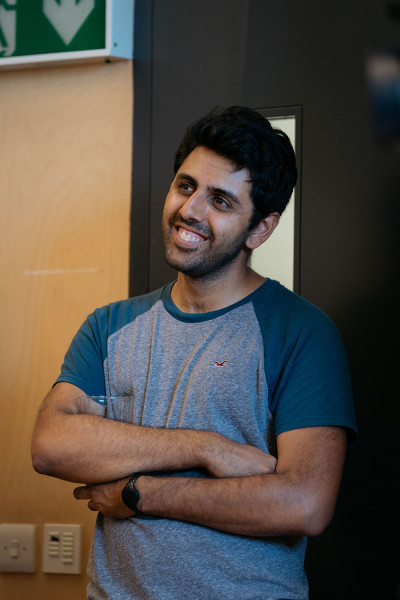 In that sense, whilst I’m thrilled with the reactions that An Adventure has elicited, I didn’t know during the writing that it would be a play that I needed most of all. I’ve said elsewhere that I wished there was a tiny pocket universe in which this production was running forever, so that I could pop into it now and then as I grow old, and sit with it and smile. And whilst, yes, it has been emotionally demanding to have it running, it’s also become my rock, one that has made sense of where I am both as a person and an artist, and lets me glimpse what the future might be. I feel bolder about what style I like, what rules I want to break, who I want to work with and how I want to do that.

I’m not sure when I’ll next have a play on. It was a four year gap last time, and it’ll probably be that again. So I’m trying to savour this. All of the thises. I never thought I’d get to work with a cast like this, on a stage like this, on a story like this. But thanks to the Bush, I did and because of that, no matter where I go from here, this corner of West London will always be a home for me.