Tessa Peake-Jones and Andrew French have been cast in While We’re Here.

The world-premiere of While We’re Here by Barney Norris opens our brand new Studio. 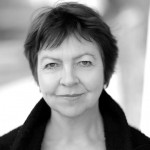 Tessa Peake-Jones plays Carol. She is most well-known for playing Raquel in the television series Only Fools and Horses. She returns to the Bush Theatre where she previously appeared in Crossing the Equator. She stars as Mrs Maguire in ITV’s Grantchester, and has had a long and varied career including: Unforgotten (ITV), Marchlands (ITV), Doctor Who (BBC) and Legacy (BBC). Her recent stage credits include: Beacons (Park Theatre), Home (Arcola), Brimstone and Treacle (Arcola), The Five Wives of Maurice Pinder (National Theatre), The Park (Pit Theatre/RSC) and Hamlet, A Comedy of Errors (RSC). 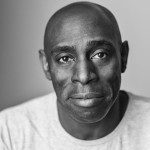 While We’re Here is a Bush Theatre, Up in Arms and Farnham Maltings co-production.

While We’re Here runs 26 Apr – 27 May in the Bush Studio. Find out more and book tickets here.