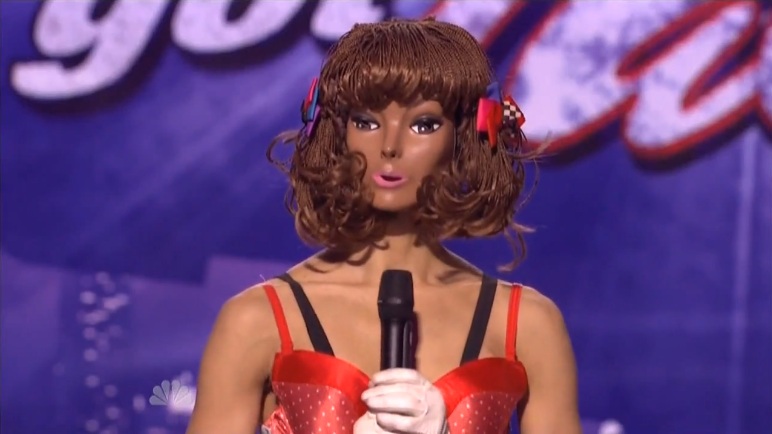 Why did the performance artist walk onto the tv set?

What do Britain’s Got Talent, Come Dine With Me, General Hospital, Changing Rooms and Larry Sanders have in common? They’ve all had performance or live artists feature on them.

When you hear the term ‘performance art’ in regular conversation, you expect ‘difficult,’ don’t you? Obscure for the sake of, removed, uncompromising and difficult work you’d feel a bit awkward seeing with your mum in a gallery or theatre space. And yet, there’s a track record and tendency for contemporary performance makers (stretching back to John Cage) to find themselves on the screen in the most popular and accessible artform of our day.

I came to live art by accident and possibly out of a scripted fatigue. Play plays weren’t doing it for me.* The first ‘thing’ of live art I remember engaging with was a café in central Cambridge run by Hunt & Darton. It was everything you’d want from a café, especially in the middle of an expensive city with some of the most homogenous and chain-y high streets in the country: cheap and filing food, space and tables, a record player. But also, the hosts and café assistants were…artists? I wasn’t sure I got it but it was non-threatening and affordable so I came back, and dragged a bunch of friends to the Edinburgh version later that summer (2012).

Some months later, I went to a symposium about the Hunt & Darton café held at Artsadmin. One of the speakers was a performance artist, Dr Brian Lobel, who had done some hosting. He was wearing a dressing gown over his clothes and spoke about the intimacy and parental indulgence being a kid with cancer had granted him. He was warm and funny and engaging. 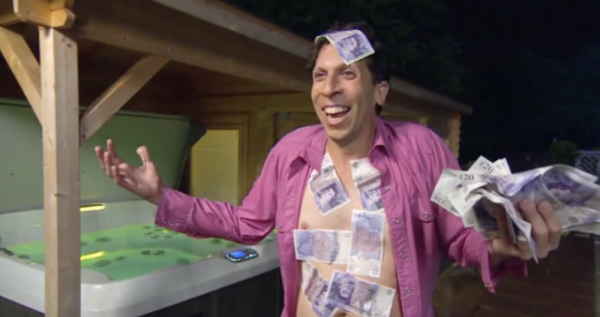 Brian Lobel will guest host on the 13th June

It’s in this tradition, in part, that I’m approaching making a gameshow with Bisola and Emily. We wanted to engage in topics for our Project 2036 takeover that we’re passionate about and make us think, but we’d really like to entertain you too. 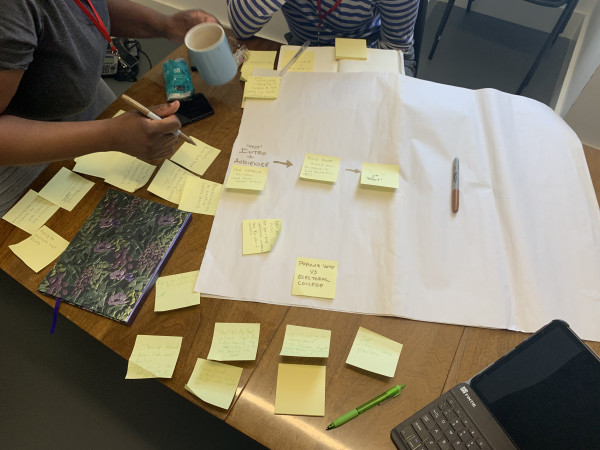 So much literature and drama is about property and inheritance and Exceptional Promise is no different. Except, instead of the issue being the three of us are women with no claim to the family house when Papa dies, we are facing the realities of citizenship, visa applications and a rental market where precarity is all but built into tenancy agreements. It’s an ambitious target we’ve set ourselves, tackling all this in a gameshow, but the material is too important to be presented in a dry way.

So I guess that’s why the performance artist so often finds themselves walking onto the tv set: to get to the other side, bringing as many of us with them too.

* it turns out I was just seeing the wrong kind of plays; I do like them really.

Exceptional Promise runs 12th – 22nd June at the Studio, Bush Theatre; Brian Lobel is the guest host on the 13th. His upcoming show, BINGE, is on 17th – 19th May at the Piazza Shopping Centre, Paisley as part of Take Me Somewhere festival.