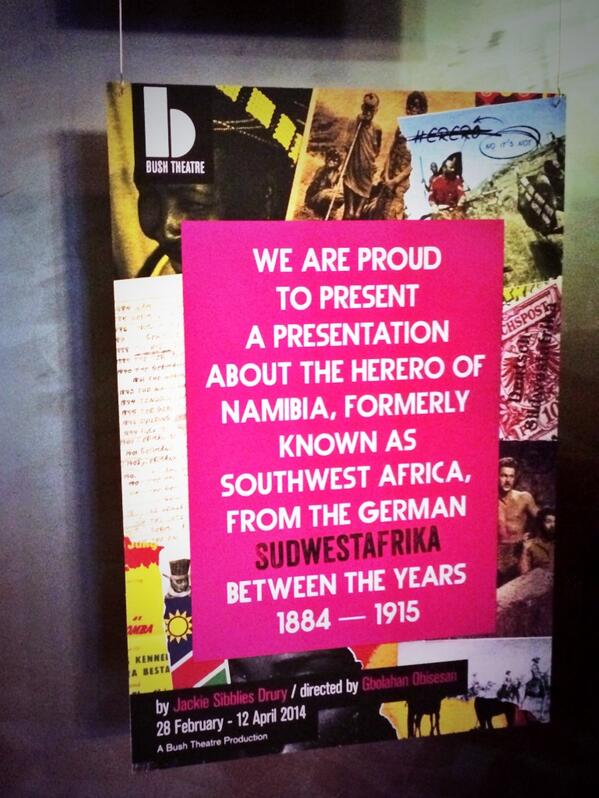 Why We Love: We Are Proud To Present

Bush Theatre Associate Dramaturg Rob Drummer tells us why We Are Proud to Present…is such an important play.

ROB: Plays like We are Proud to Present… don’t come around too often and as a result it is even more important to produce Jackie Sibblies Drury’s extraordinary work at the Bush.

In the play a group of actors (three are black and three are white) attempt to tell the little known story of an African tribe that was almost completely wiped out by German colonialists, in what many modern historians have called the first genocide of the 20th century.

The focus of the play both is and isn’t this horrific past. At the heart of We Are Proud to Present… is the story of how these theatre makers become undone by their own processes. In their earnest attempt to represent the people of the Herero tribe they expose their own conflicted feelings about race.

I think that the play is that rare thing, both personal and political, but with a lightness of touch that keeps you laughing until you realise just how implicated we all are.

If you have ever thought about who writes the history that defines an attitude for generation after generation then this is the play for you.