Winsome Pinnock’s Leave Taking Preface: “Reaching out for life in a new country”

Winsome Pinnock, writer of Leave Taking, describes the inspiration for her play in the Preface to the playtext published by Nick Hern Books. It’s available from our online book shop.

I hadn’t read Leave Taking for several years when Madani Younis, Artistic Director of the Bush Theatre, told me that he wanted to revive the play as part of the theatre’s 2018 season. He said that he and the Bush’s creative team considered the play a classic in the canon of work by black British playwrights and that they felt that it remained relevant: Enid’s predicament – the plight of many immigrants regardless of where they come from, caught between worlds – reaching out for life in a new country, haunted by memories of what she has left behind.

On the first day of rehearsals at the Bush I was asked to talk to the cast about how I came to write the play, the first full-length play I had ever written. I found it difficult to answer the question. Engaging with the text again had put me in conversation with my younger self, who I felt was a presence in the rehearsal room. I wished that she could answer for me.

I developed a passion for theatre and performance as a child of around twelve years old when, with generous grants from the GLC (Greater London Council), our school took us on visits to the theatre. I wouldn’t have gone otherwise. There wasn’t enough money in our household to afford such trips and there wasn’t enough time either. The interest was awoken, and, along with my younger sister, I became part of a group of young people who became regular theatregoers. We were given the resources (by our school, youth theatres and drama clubs) to dance, act and write. My mother offered quiet encouragement. When I doubted myself, she reminded me that success was usually a matter of holding on, of seeing things through to the end. When I expressed a desire to play the piano I came home from school one day to discover that she had purchased a piano so old it had a few missing keys, but it was functional. She found me a teacher: Miss Wright who lived off the Holloway Road and taught local kids to play at 15p a lesson. My mother and siblings listened tirelessly to the stories I wrote as a child; I was the acknowledged writer of the family.

My mother migrated from Jamaica to the United Kingdom in 1959, following her husband-to-be who, like Enid’s spouse in Leave Taking, saved his salary for a whole year before he was able to afford the money to buy a ticket for her passage over. The shock and disappointment of those who migrated to the UK at that time is well documented. My parents’ generation had been indoctrinated by a colonialist education that lionised all things British. They celebrated Empire Day (24th May) when their schools distributed British flags and lollipops. Despite their disappointment on entering a country whose environment was often hostile (‘No blacks, no dogs, no Irish!’), they didn’t complain and rarely discussed the hardships. After all, they had grown up on plantation villages where the legacy of enslavement was still evident in the wretched poverty they endured. Jamaica achieved independence the year that my youngest sibling was born. My parents’ marriage disintegrated a few years later, and my mother became a single parent to four young children at a time when there was still stigma attached to divorce.

Writers are given their preoccupations at birth. I am the descendant of enslaved Africans who were forcibly denied the right to the written word, or to express themselves through art or song and yet held on to aspects of their African heritage in both. Traces of African spiritual rituals were preserved by clandestine practices like obeah, which was made illegal in Jamaica in 1898, a law that remains on the statute books. Despite its illegality, my mother and some of her peers retained an interest in obeah, consulting obeah men and women in times of crisis for advice and healing.

As a schoolgirl I thought I was going to be an actress. I idolised Glenda Jackson and longed to follow in her footsteps. When I left school, the headmistress predicted that I had a future in the industry. At university I was told that, although I was considered a talented actress, I probably wouldn’t be cast in many productions because I was black. I focused on my writing. I had started writing a play (a sketch really) about two girls getting ready to go out but never managing to leave their bedroom. I sent it to the Royal Court Young Writers’ Group and was invited to join. It was there that I wrote Leave Taking, my first full-length play, when I was twenty-three years old. I wanted to make Enid the heroine of the play because I couldn’t recall ever seeing such a character – a hospital cleaner – as the lead in a British play. I specifically wanted to write about the black British experience as distinct from African American culture because producers often seemed to think that they are interchangeable. I submitted the play to the Royal Court’s literary department who sent me an encouraging rejection letter. 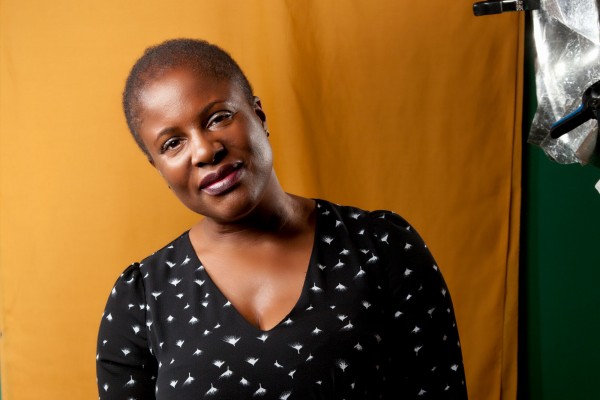 I knuckled down to write another play – A Hero’s Welcome – which received a rehearsed reading at the Royal Court. As a result of the reading I was commissioned by the Liverpool Playhouse Studio and dusted off Leave Taking, restructuring and rewriting to their financial requirements – the budget would only allow for five characters and two sets, so I cut characters and locations. This meant that I could focus more on Enid’s relationship with her daughters, Del and Viv. I was a young feminist. At consciousness-raising groups the mantra ‘the personal is political’ was drummed into me. Similarly, at the Royal Court Young Writers’ Group we were encouraged by workshop leaders Hanif Kureishi and Stephen Wakelam to ‘write what you know’. I now understand that you write what you come to know. Writing is an exploration, the pursuit of the answer to an unanswerable question. I started out wanting to write about the daughters – this new breed of black British woman – but ended up fascinated by Enid and the complexity of her relationship with England, her daughters, and herself, as well as her long-standing friendship with Brod whom she has known since childhood. Brod and Enid have travelled a great distance, both physically and psychologically. They would not have survived without each other. Mai is an enigmatic figure, especially for Viv and Del who have no direct connection with the culture she represents, but she comes to have a powerful influence on all of them.

Leave Taking has been produced four times (the 2018 Bush production will be its fifth production) since 1987. Years after the play was produced at the National Theatre (1994) I was told that it was the first play written by a black British woman to have been produced there. I also learned that it was the first time that a black woman writer and director (Paulette Randall) had worked together at the venue. After the first performances of the play at the Liverpool Playhouse Studio women from different cultural backgrounds collared me to say: ‘That’s my story. I’m Enid’ or ‘That’s my mam. She’s just like Enid.’

The young woman who wrote Leave Taking had no idea that a generation who were very young children or who hadn’t been born when it was first produced would feel that the play still speaks to their experience. I hope it will connect with new audiences in the same way. Some of the speeches feel as though they were written recently: Brod’s words about having to seek naturalisation after thinking of himself as a British citizen for his whole life echo words spoken thirty years later by victims of the 2018 Windrush scandal (a misnomer considering it involves immigrants from diverse backgrounds and not just the Caribbean).

When I was a child my mother told me that she thought that I might have a gift for clairvoyance. I understand now that she had always instinctively known that I was a writer. It’s not that writers are necromancers, but when I read the play I raise again the spirits of those characters. I hear their voices very clearly; I see my younger self consulting with my mother, asking her how you make chocolate tea, and hear her ribbing me all over again about the royalties I owe her or joking that I should credit her as co-writer. I experience again the writing of the scene where Enid breaks down. I know what that feels like now because I have lived through it. I want to ask that young woman if, when she wrote the play, she would ever have imagined that she too would one day howl with grief into a rainy London night after witnessing her mother take her last breath just as Enid howls for a mother she will never hold again.

Leave Taking written by Winsome Pinnock and directed by Madani Younis is playing at the Bush Theatre 24 May – 30 Jun 2018. Find out more and book Leave Taking here.

This is the introduction from the published text of Leave Taking by Winsome Pinnock, reproduced with permission of the publisher Nick Hern Books and the writer. The playtext can be purchased at the Bush Theatre and from Nick Hern Books.