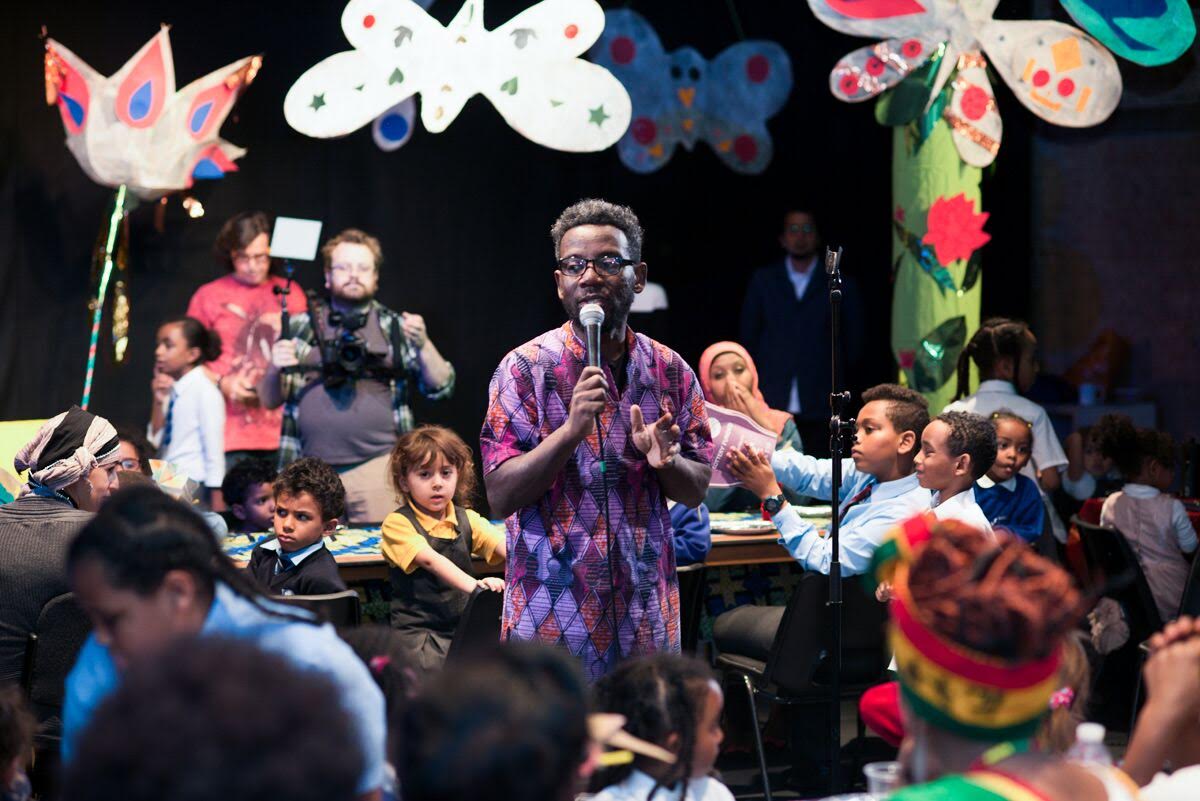 “If I could make one rule it would be: always be proud of yourself. ” – Amro

For our second our Community Associate Companies programme we collaborated with the incredible Shepherd’s Bush Families Project, who have been working in the area since 1988. They work to urgently support families who are homeless, have unmet housing needs and/ or suffer social and economic hardship. Their home is just a minute away from the Bush Theatre and if you ever have the pleasure of visiting the Shepherd’s Bush Families Project after school club, you’ll recognise the joyful chaos of it all. There are sofas, toys, video games, artistic resources and volunteers overseeing children with cheeky grins and buckets of energy.

The families are made up of predominantly immigrant families coming from Morocco, Eritrea, Sudan, Syria, Poland and other countries. These immigrant families – often recent arrivals – have been caught up in the midst of the housing crisis, where social housing is disappearing at an astronomical rate and where housing benefits are being cut and bureaucratised. The statistics from the Hammersmith & Fulham census paint a particularly stark and worrying picture. Out of the homelessness applications made, 65% of applicants identified themselves as BAME, 24% were under 25, 88% included dependent children or an expectant mother and 13% were fleeing violence or harassment (Read here). 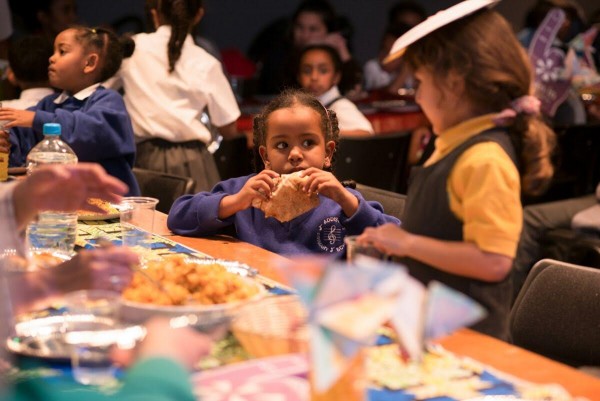 The families, however, exist beyond the realm of statistics. The mothers who came to the workshops carried a resilience I recognised in women I’ve been raised by or been blessed to meet. These women are filled with untapped creativity and an unseen brilliance which is profoundly buried in the act of simply surviving. This is what makes the work of the Shepherd’s Bush Families project so essential. They provide a space for children to be children outside of the stressful auspices of school and a space for mothers to take a deep breath.

For the Bush Theatre, developing a partnership with such an inspiring organisation was our honour. The artists leading the project were the wonderful Tangled Feet facilitators, Kat Joyce, Tunji Falana, Katie Duncan and Georgia Duncan. Over 9 months, Tangled Feet ran a range of creative workshops with the families in the lead up to a centrepiece project held at the Bush Theatre. Their job was to harness this energy and bring out the stories and narratives of many of these mothers and children. The theme would explore what a “perfect world” looked like. The mothers and children decided on holding a big community feast with artistic installations in the auditorium at the Bush. The auditorium was temporarily (and aptly) re- named “Happy Land”. The build up to the two feasts was a culmination of hard work by the Tangled Feet crew, the families and children, volunteer staff at SBFP and our very own ushers.

On the big day, I was blown away by how beautiful the space was. In one corner of the auditorium there were hanging childhood photos of some of the kids with handwritten stories of their childhood including some heart-breaking accounts of some children witnessing the tragedy at Grenfell. In another, the poems written by the children hung from the ceiling and the walls. There was even an open mic facilitated by Tunji featuring some of the young people performing everything from their own songs to their own poetry. The beating heart of the project was the glorious international feast. The sumptuous cuisines came from up and down the Uxbridge Road with Fatayer from Damascene Bakery, chicken biryani from Lahore Spice, mini-cakes from Algerian bakery La Brioche and lastly the delicious Injira and East African curries made by some of the mothers. We dined together with smiles on our faces and were warmed by the display of community unity. 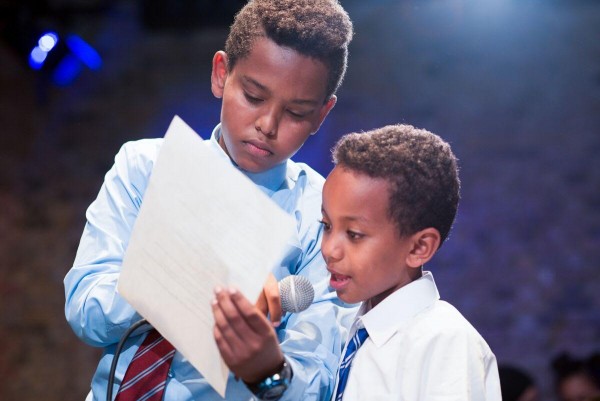 Reflecting on the day, I realised how often society labels communities who use the services run by the Shepherd’s Bush Families Project. These labels are always shrouded in negative connotations. I recognised that prior to our collaboration, the Bush Theatre might have seemed like an intimidating space, a space not for them. But seeing the families eat together, kids performing and playing and celebrating themselves, showed me they had taken ownership of the space. This building, the theatre, the space was there for them and the collaboration deeply embedded that feeling. By the end of the day, I was reminded by a line from one of the children’s poems. In his piece, Amro spoke of the one rule, to “always be proud of yourself.” This was a mantra not only I could take away but everyone in the space could as well.

A perfect world to me is…
when we take care of our environment
because there’s been an increase in pollution.
We have to deal with that.

People should look after each other
and agree with each other’s choices.
Then they would understand what each other is saying
instead of people fighting

The population of elephants is decreasing
because their habitats are being chopped down
And we need to change that.
And it’s everything – rhinos, gorillas, many more.
They are endangered species.

Many people are homeless.
The government should build homes.
They are building more houses,
but if they did it sooner, less people would be on the streets.

Doctors get paid less than footballers.
Footballers get more money – just for entertainment
And doctors save lives. They should be paid more than footballers.
We should care more for others.
If I could make one rule it would be: always be proud of yourself.

Zain Dada is Community Intern at the Bush, supporting the Community Producer’s work with and within the local community. Zain is also studying an MA in Creative Writing & Education at Goldsmiths, University of London as an Aziz Foundation scholar.

You can read more about our work with the community here and see an exhibition of photographs from the project on the Bush Theatre’s terrace until the end of the year.