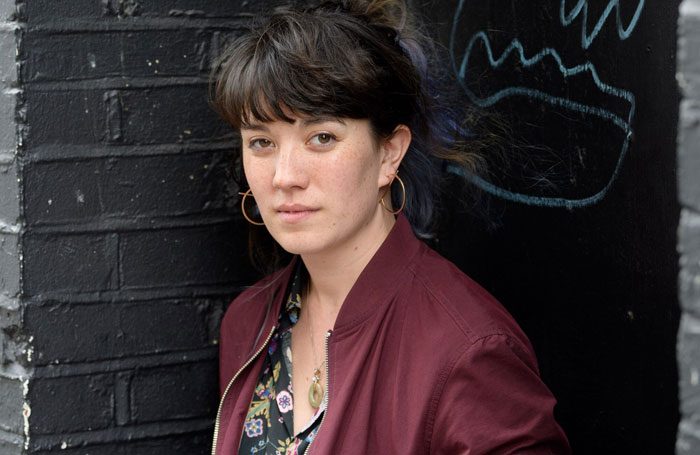 We caught up with theatre director Jude Christian on her first day at the Bush in rehearsals for Parliament Square which premiered at the Royal Exchange Theatre, Manchester, earlier in 2017.

She’s directed Lela & Co and Bodies both at the Royal Court and is an associate artist at the Gate Theatre.

Complexity, ugliness and messiness – shows which make me confused about how to think or feel. But also up-close moments of tender humanity. And confetti explosions.

I think my first experience of reading the script was the same as most people’s – it grabs you on page one and doesn’t let go until it spits you out the other side feeling exhilarated, furious and shell-shocked. I loved its form and the genuine heart in it.

When we workshopped it we spent a lot of time thinking about how to tell the story physically – what the audience would be seeing as they heard the words, and whether they should feel inside or outside of the action at different moments.

Lots of tea and cake and me going, “I don’t have a clue, let’s try this thing” and brilliant actors and collaborators coming up with brilliant things to try, until we all get to somewhere that feels coherent. Tech week is mostly just cake. 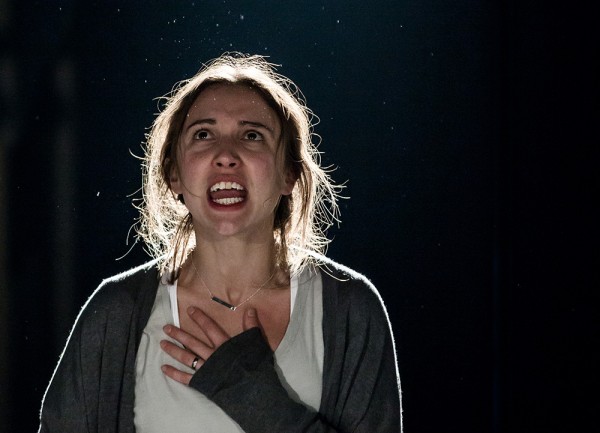 Esther Smith (Kat) in Parliament Square. Photo: The Other Richard

She’s an ordinary person who comes to believe that she should give her all in order to make much-needed change.

I haven’t been so heavily involved in the development of a play from so early before; I’ve been working with James [Fritz] for over a year and the script has evolved a lot in that time – as have the politics of the world we’re living in.

A thorough, humane dismantling of capitalism and the patriarchy would be a nice start. Wouldn’t mind losing the monarchy while we’re at it. There is immense power in protest but it can’t be a part time thing; we’ve got to be willing to make personal sacrifices for the things we believe in.

They both feel politically charged in different ways. I wouldn’t say Parliament Square is the most cheerful show I’ve got on offer this Christmas! But I think the subject will chime with a lot of people’s consciousness right now.

Maybe Where is the Love by the Black-Eyed Peas but mainly because it’s such a good BLM march song. All of The Hope Six Demolition Project by PJ Harvey, probably. I listened to I’ll Be Seeing You by Abbey Lincoln a lot during the design process.

You can catch Parliament Square 30 Nov – 6 Jan. Check the listing page for details of timings over the Christmas period. Come and cosy up in our gorgeous Reading Room with a mulled wine and minced pie before the show.