Ben Duke is the Artistic Director and co-founder of Lost Dog, a company that aims to create work that is both theatre and dance. This year Lost Dog make their RADAR debut with Paradise Lost (lies unopened beside me), here Ben tells us a little more about it…

Can you tell us about your show in one sentence?
It’s a one man staging of Milton’s epic poem Paradise Lost, and it’s not like whatever came into your head when you read the first bit of this sentence. 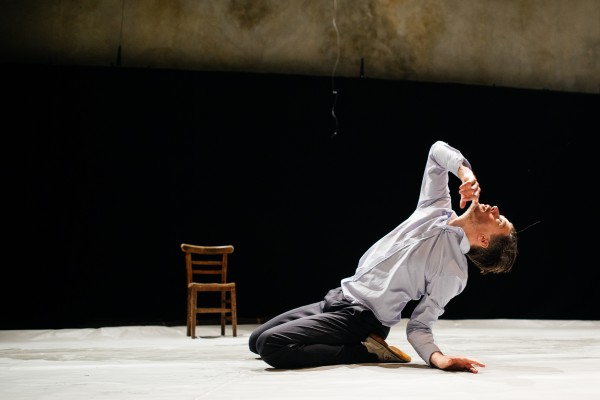 What questions lies at the heart of the show; what are you asking the audience?
What is it to create? And why are we incapable of not doing it?

Tell us three things about yourself, one of them must be a lie.
1. I have created the best show you will see this year.
2. I am a father.
3. I have a dog.

What sparked the original idea for this piece and how has it evolved?
The original idea came from the thought – what would be the most unwieldy thing to try and stage as a one man show. Milton’s Paradise Lost came to mind. That idea hasn’t evolved it has just spawned a host of strange offspring.

What excites you about being part of RADAR 2015?
I am excited to perform at the Bush and I am excited to be part of a festival which includes so many brilliant artists.

Do you feel your work is inspired by, responding to or reacting against any work from wider culture (films, art, music, etc)?
I am always trying to make work that I think both Kurt Vonnegut and Nick Cave would enjoy.

“Hunter S. Thompson said life’s big question is whether to float with the tide or swim for a goal.”

What direction do you feel yourself moving in creatively, and what comes next for you as an artist?
I don’t have a clear sense of direction. Hunter S. Thompson said life’s big question is whether to float with the tide or swim for a goal. Creating this piece involved a lot of swimming so at the moment I’m floating looking out for the next thing I want to swim towards.

We’re compiling a RADAR playlist to play in the bar throughout the festival – we’ll be asking the audience and our Twitter followers to nominate songs that feel ‘on the pulse’, music (from any era) that they feel is under the radar and music that inspires them. What songs would you add to it and why?
Ani DiFranco’s You Had Time. It’s not really on the pulse and it’s definitely not suitable for playing in a bar… apart from that it fits the bill. It’s a great example of how a good song can encapsulate a whole relationship with just the barest of details.

Paradise Lost (lies unopened beside me) runs 20 – 21 Nov at RADAR, our annual festival of new writing. To book in click here.