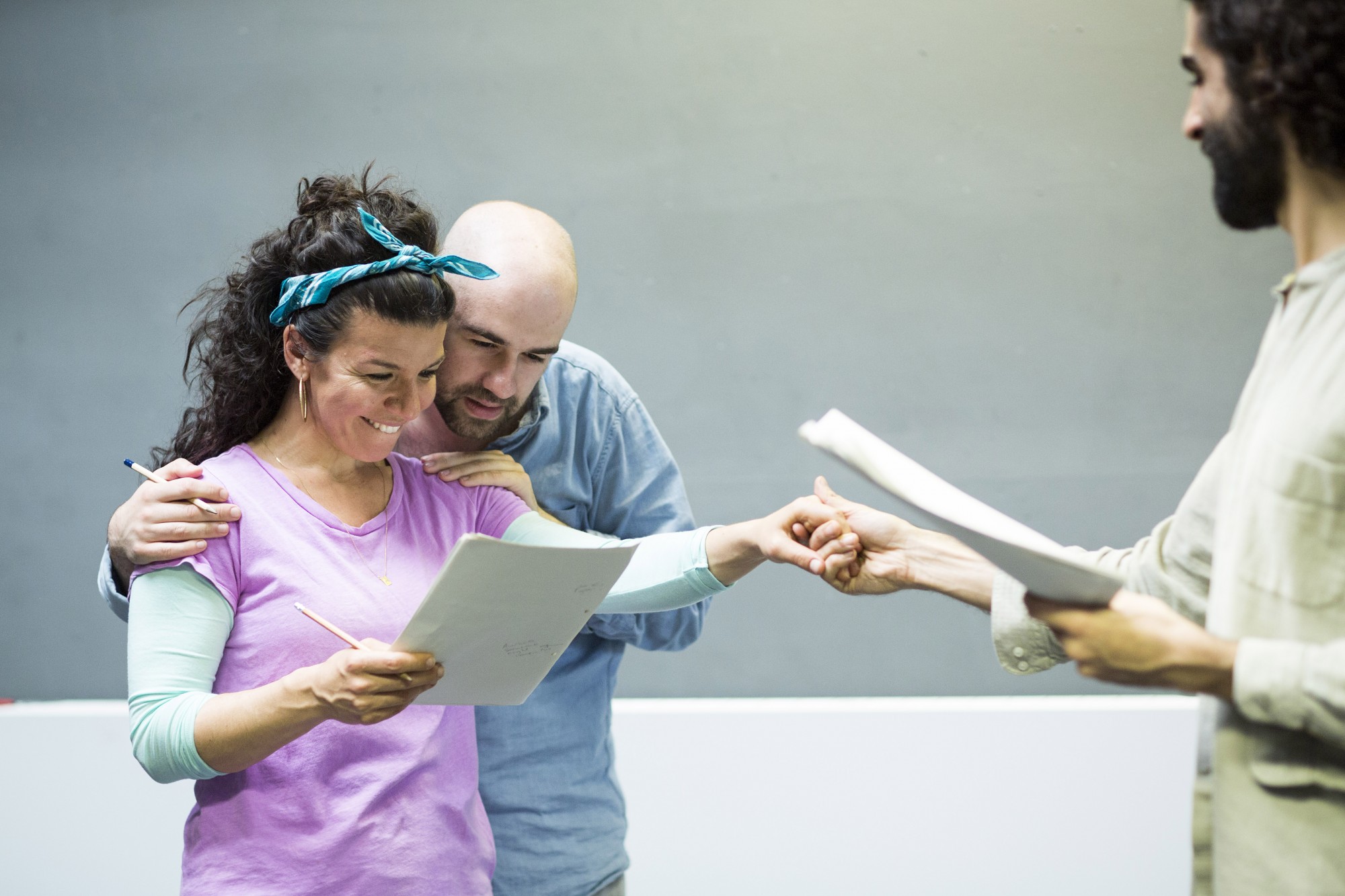 Each year, 144 people directly support a show through development, rehearsal and production by being part of the 144 Club. To say thank you, we give 144 Club members the chance to go behind the scenes and step into the rehearsal room where the magic happens. Here, Bush Theatre Fundraising Fellow Phoebe Walker describes the 144 Club rehearsal room event for Rebecca Lenkiewicz’s The Invisible.

On 22 June a  clutch of the Bush’s 144 Club were offered a rare glimpse into the rehearsal room of Rebecca Lenkiewicz’s quietly powerful and all-seeing new play, The Invisible. Our current 144 Club members are directly supporting this play and we were thrilled to be able to offer some of them a unique and intimate view of a play-in-progress. For many of our guests, this was their first time inside a rehearsal room, and was made doubly exciting by being a bit of a field-trip for us, with rehearsals taking place offsite at Drama Centre London in the incredible new Central St. Martin’s redevelopment.

After some introduction and context, The Invisible’s Director, Michael Oakley, invited us to sit in on a love scene between two of the play’s main characters. This was an amazing process to watch as Michael and the two actors worked through the scene, pausing to interrogate a line or an emotion, and try out subtly different styles of delivery and movement; a truly immersive experience of the rehearsal process in action.

Post-rehearsal, Michael stayed to answer questions from the group, giving eloquent responses to queries about the directorial process, his admiration for the text, and his reading of the motivations of the characters in the scene. Having directed a lot of Shakespeare, Michael explained that coming to this production without the existing weight of solid historical background was daunting, a bit of a leap into the unknown – but also fascinating, as he and the company had undertaken their own intense and absorbing research around the subject of Legal Aid. We were all struck by the amount of work that the company had undertaken to really do justice, as Michael said, to Rebecca’s words.

We continued the discussion with our guests over a glass of wine, and had some great feedback about the rehearsal event, and how it would influence the experience of seeing the full production. The topic of Legal Aid, examined so incisively in The Invisible, is now so prevalent and urgent that all our guests had stories and opinions to share – from less than an hour in its rehearsal room, The Invisible already has huge capacity to provoke and inspire.