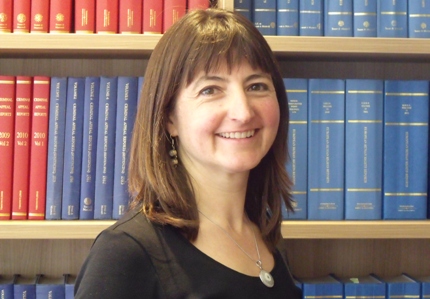 The Invisible | A day in the life of Sophy Miles

The Invisible by Rebecca Lenkiewicz opens in less than two weeks. To find out more about what life is like for the lawyers who advocate for some of the most vulnerable and marginalised people in our society, we asked barrister Sophy Miles to describe a day in her life…

It’s cold and wet as I cycle to the station and get on a train out of London. I’m going to a Managers’ Hearing at a medium secure hospital. This is an internal appeal system for patients detained under the Mental Health Act. The hospital managers have to decide if certain criteria are met – if they aren’t then they have to let the patient go.

My client has been in hospital for more than ten years now. He has severe autism, he is learning disabled and he has a mental illness as well. It’s very difficult for him to tolerate being with people, so he is cared for on his own, in one room most of the time. He finds it hard to go out of the room, but manages it every so often. The hospital is trying hard but everyone agrees this isn’t the right place for him. Part of the point of the hearing is to see whether anywhere more suitable has been found.

After a couple of hours I get to the hospital. The nurses ask my client if he’s willing to speak to me – he isn’t always and can’t sustain a conversation for long. He’s able to tell me that he wants to move on, and this is what I tell the managers. There’s no real progress in finding somewhere else for him yet, but he would be incredibly vulnerable if he was released. The problem is that finding the right care is complicated, time consuming and expensive. There will be another hearing in a few weeks.

I’ve had to hand my phone in at reception and when I get it back there are several messages about a case in the Court of Protection tomorrow. The signal is awful so I arrange to meet in the office of the solicitors who I’m working with when I get back to London.

I type up my notes on the train and ask the guard if the train has wi-fi. “It has, but it’s useless and you have to pay. I wouldn’t bother, myself.” I don’t, and return emails by phone. One of the solicitors who works with me is worried she has missed a deadline for challenging a decision not to provide mental health after care for one of her clients. I check – fortunately, she hasn’t.

When I get back to London I meet with the solicitors who are handling the Court of Protection case. We’re acting for a man who has been detained at a nursing home, on the basis that he doesn’t have capacity to decide where to live and that it’s in his best interests to stay there. He doesn’t want to be there and a report we’ve just received says that he has capacity to make the decision himself anyway. This means that the authorization keeping him there ought to be lifted at court tomorrow. We work out what we need to do before the hearing and I cycle off to prepare for it.

Sophy is a barrister at Doughty Street Chambers. She qualified as a solicitor in 1989 and was called to the Bar in March 2015. She was a founding partner at Miles and Partners LLP where she led the mental health and capacity team for 16 years, before becoming a consultant in 2012.  She has been involved in significant human rights cases brought under the inherent jurisdiction and in the Court of Protection.

She chairs the Law Society’s Mental Health and Disability Committee and is an active member of the Mental Health Lawyers Association committee.  She is an accredited mediator (Regent’s University London).

Find out more about The Invisible by Rebecca Lenkiewicz here.